A spate of deadly pedestrian collisions in Victoria has brought into sharp focus a constant frustration for police and devastation for families: that lapses in concentration can take away someone’s life. 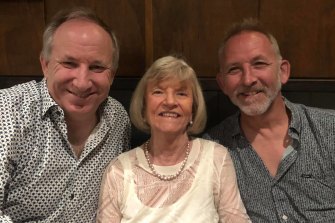 Mark Filgate (right) with his mum Sally-Ann Filgate and brother James Filgate at her 80th birthday, a few weeks before her death.

The toll has sparked appeals from authorities, experts and grieving families for drivers and pedestrians to consider the dangers of distractions on the roads.

Sally-Ann Filgate, 80, was among those who died in June, and one of two people fatally struck at the intersection of Dandenong, Koornang and Darling roads in Carnegie.

Her son, Mark Filgate, said she was on her daily trip to the shops when she was hit on June 9.

“She was living life to the fullest. She would go to the gym two to three days a week, and she’d walk every morning, without fail,” Mr Filgate said.

“She was in a number of bridge clubs, Mahjong, so she loved playing cards … she had a book club, she was involved with a film club.”

A 33-year-old Box Hill woman was charged with dangerous driving causing death over the incident, and her matter is before the courts.

Rosemary Kennedy, 81, was also fatally struck at the intersection in June – 10 days after Mrs Filgate’s death.

Mrs Kennedy’s son Daryl Kennedy said she also regularly used the crossing. She had been on her way to practise dancing with a friend.

The driver, 54, has not been charged. Police say an investigation is ongoing. 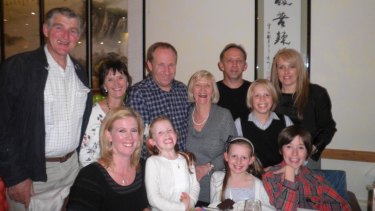 Sally-Ann Filgate celebrating her 70th birthday with her family.

“We can’t bring mum back,” Mr Kennedy said. “There’s nothing else we can really do other than highlight to others and the people that can possibly make some changes the impact of such an event.”

The safety of the Carnegie intersection is the subject of a petition with more than 2500 signatures and a government investigation into the intersection’s traffic light function.

Lapses in judgment and concentration: Some of Victoria’s biggest killers 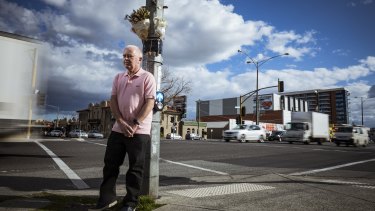 Daryl Kennedy at the intersection where his mother Rosemary Kennedy was fatally struck by a car. Credit:Chris Hopkins

Pedestrian fatalities tend to spike during winter’s darker and often wetter days, and visibility is low, but distraction and small errors in judgment are some of the biggest killers year-round.

Road Safety Victoria executive director Carl Muller said the organisation couldn’t pinpoint any one aspect behind June’s fatalities, “but we do know that distraction, both from a driver and a pedestrian perspective, would be a contributing factor”.

“People feel as though they’ve got their life in their hands with their mobile phone, and they can’t let it go,” Mr Muller said. “Use of mobile phones and that need to be connected is a contributing factor that’s probably going to grow.”

That’s one of the reasons automated enforcement cameras will be deployed across the network, “looking at people who are using their phone illegally or not wearing a seat belt”, he said.

Transport Accident Commission data revealed that, in 2020, 71 per cent of Victorian road deaths, or 146, involved a “basic error”. 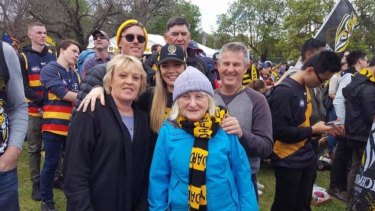 Those errors have played a role in 70 per cent of the road deaths since 2017 and can be anything from driving too fast for the conditions or taking a corner too wide, to a lapse in concentration.

The TAC data does not confirm how many pedestrian fatalities involved basic errors, but, according to the insurer, drivers and riders involved in distraction-related crashes may make up at least 11 per cent of road fatalities.

A couple of years ago, researchers at Monash University found that Australian drivers are distracted 45 per cent of the time while behind the wheel, or every 96 seconds.

Superintendent John Fitzpatrick, head of Victoria’s road policing operations and investigations division, said officers were frustrated by it daily and the onus was on both drivers and pedestrians to concentrate.

Old advertisements about dropping five off your speed were still relevant, he said.

“[We] keep going back to this thing, that pedestrian fatalities are absolutely avoidable.”

Superintendent Fitzpatrick said pedestrians should stand back from the gutter, take out their earphones and not assume cars were going to stop for them.

Mr Kennedy stressed the importance of driver concentration. “When you’re driving, you need to just drive and not be doing anything else that takes your concentration away,” he said.

Does lockdown have something to do with the spike?

Road safety experts are yet to tell what impact COVID-19 lockdowns have had on pedestrian deaths in Victoria.

While some overseas studies point to the pandemic as a driver for more pedestrian fatalities, Mr Muller points out that, until June, the state had “one of the lowest numbers of fatalities for pedestrians that we’ve seen for that first five-month period”. 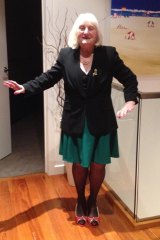 Rosemary Kennedy was a keen dancer.

In 2020 and 2021 the number of pedestrians killed in accidents is lower for this point of the year than in many preceding non-pandemic years. The number of total pedestrian deaths dropped in 2020.

But lockdowns may have specific risks. Police note that when there are fewer cars on the road – like during lockdowns – drivers can be more inclined to speed, and pedestrians can be less inclined to look out for them.

In July, another two women died after being struck by cars in Victoria: a 78-year-old woman from Geelong West, on a mobility scooter, and a Melbourne grandmother who was hailed as a good Samaritan after she stopped to help another driver who crashed on the Monash Freeway.

So far in August, another three pedestrians have died. Among them was a 16-year-old Parkdale boy who was hit by a car at Thrift Park Shopping Centre in Mentone early on Sunday evening.

Police allege a ute, laden with furniture, was seen driving erratically on the Nepean Highway before it drove into a loading dock and struck the boy, who died at the scene.

The alleged driver, 31, of Dandenong, has since been charged with culpable driving. He was remanded to appear in the Melbourne Magistrates Court on December 17.

Mr Filgate said road trauma was “one of these things that you think, something’s never happened to me or is going to happen to me, and then when it does happen to you, that’s when you really realise the importance of road safety”.