Rugby union star Kurtley Beale has been granted bail after being charged with an alleged sexual assault at a Bondi pub last month.

His wife of two years, and mother of his newborn child, Maddi Beale, was accompanied by her father and Beale’s two sisters in the courtroom.

The Wallabies back was arrested after a vehicle stop at Kingsford just before 2.30pm on Friday following training with the NSW Waratahs.

Prosecutor Scott Thomson told the court the charges had been brought after a surveillance device warrant uncovered a conversation between Beale and the complainant, who was not named in court, after the date of the alleged incident. 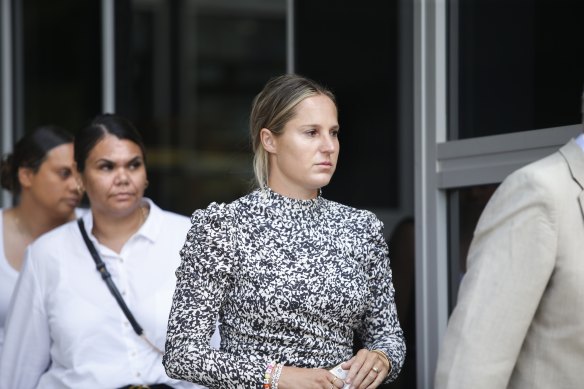 “That conversation alludes to what I would say [were] admissions,” he said.

Thomson said the prosecution would also present evidence alleging Beale had a conversation with another person, in which he said, “yeah, I messed up”.

Beale’s barrister, Stephen Stanton, said the defence would present that the intercepted calls were “an admission of infidelity, no more, no less”.

The prosecution submitted that bail should not be granted because of the possibility Beale would commit a further offence, the possibility he would interfere with witnesses or evidence and the danger to the community. 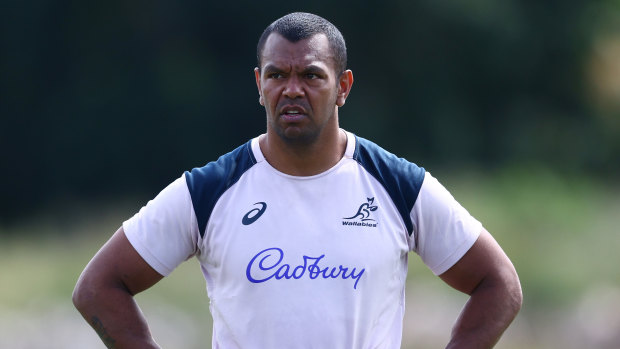 Kurtley Beale pictured during a training session on the Gold Coast last year.Credit:Getty

But Stanton argued there was little chance Beale would not appear in court – “the touchstone for bail” – given he was living with his wife and in-laws at their eastern suburbs address.

“As a person of Indigenous descent there is a vulnerability … that needs to be taken into account,” he added.

The Mount Druitt-raised rugby star was granted bail on the condition that he does not contact the complainant, does not enter an airport, surrenders his passport and reports to police at Waverley twice a week, on Mondays and Fridays.

The case was adjourned to Waverley Local Court on March 22. Beale has been excused from appearing.

Beale, who has played 95 Tests for Australia after making his Wallabies debut in 2009, recently returned to the Waratahs after a stint in French rugby.

He became a father in October last year and just last week attended a Wallabies camp with the intention of being selected in the squad for this year’s Rugby World Cup.

In a statement on Friday evening, Rugby Australia said Beale had been suspended from all forms of rugby “with immediate effect pending the conclusion of legal proceedings, as well as Rugby Australia’s own investigations”.

“This step follows Mr Beale’s arrest and subsequent charge with serious criminal offences, and is in line with Rugby Australia’s Professional Player Code of Conduct,” the statement read.

He was set to take the field for the Waratahs in their Super Rugby Pacific opener against the Brumbies on February 24.