A THUGlaunched a vile racist attack on a petrol station worker calling him "Taliban" and telling him to "get out of his town".

Footage shows the man smashing down the counter display and hurls objects at the worker as he hurls abuse in a drunken rage. 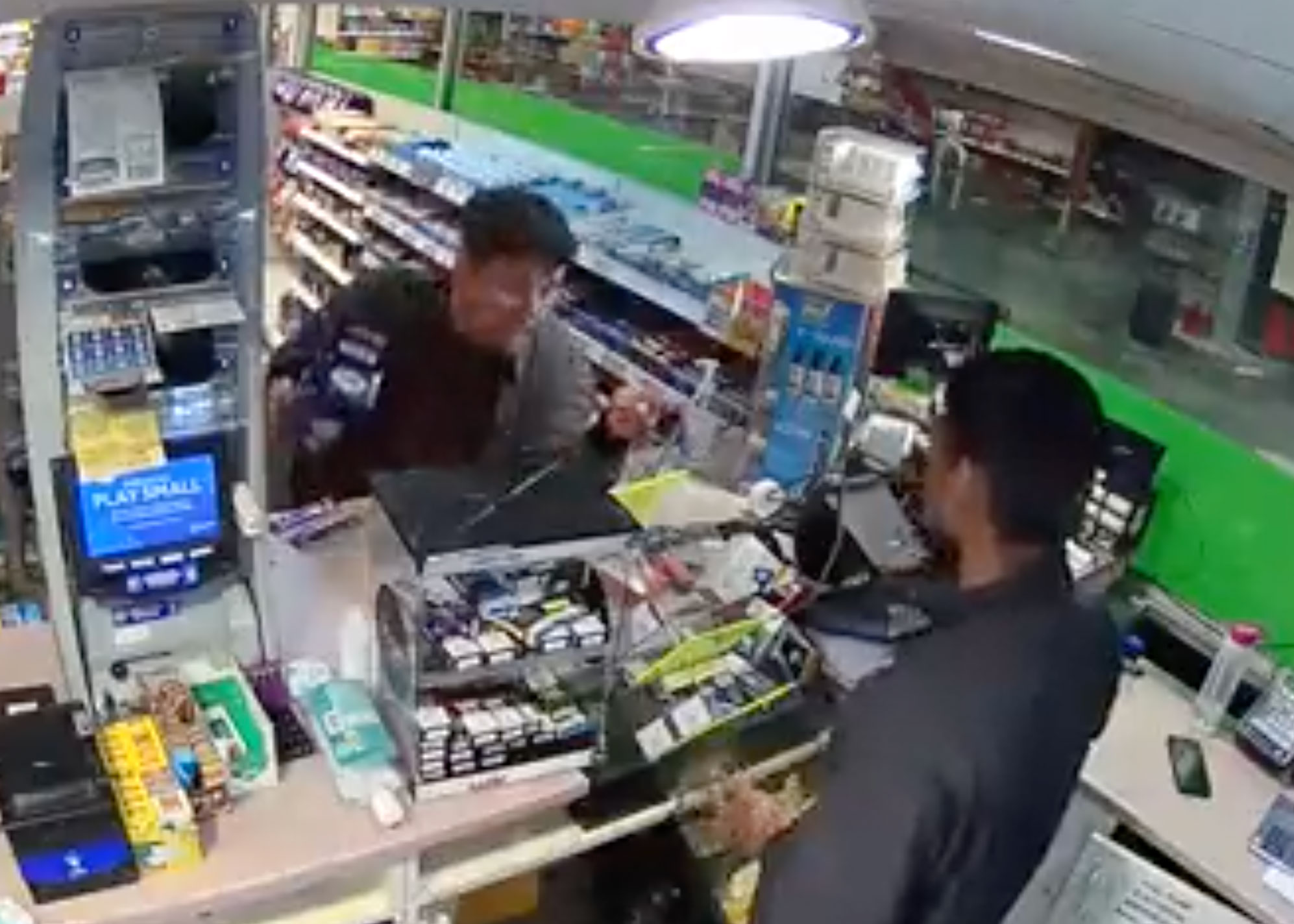 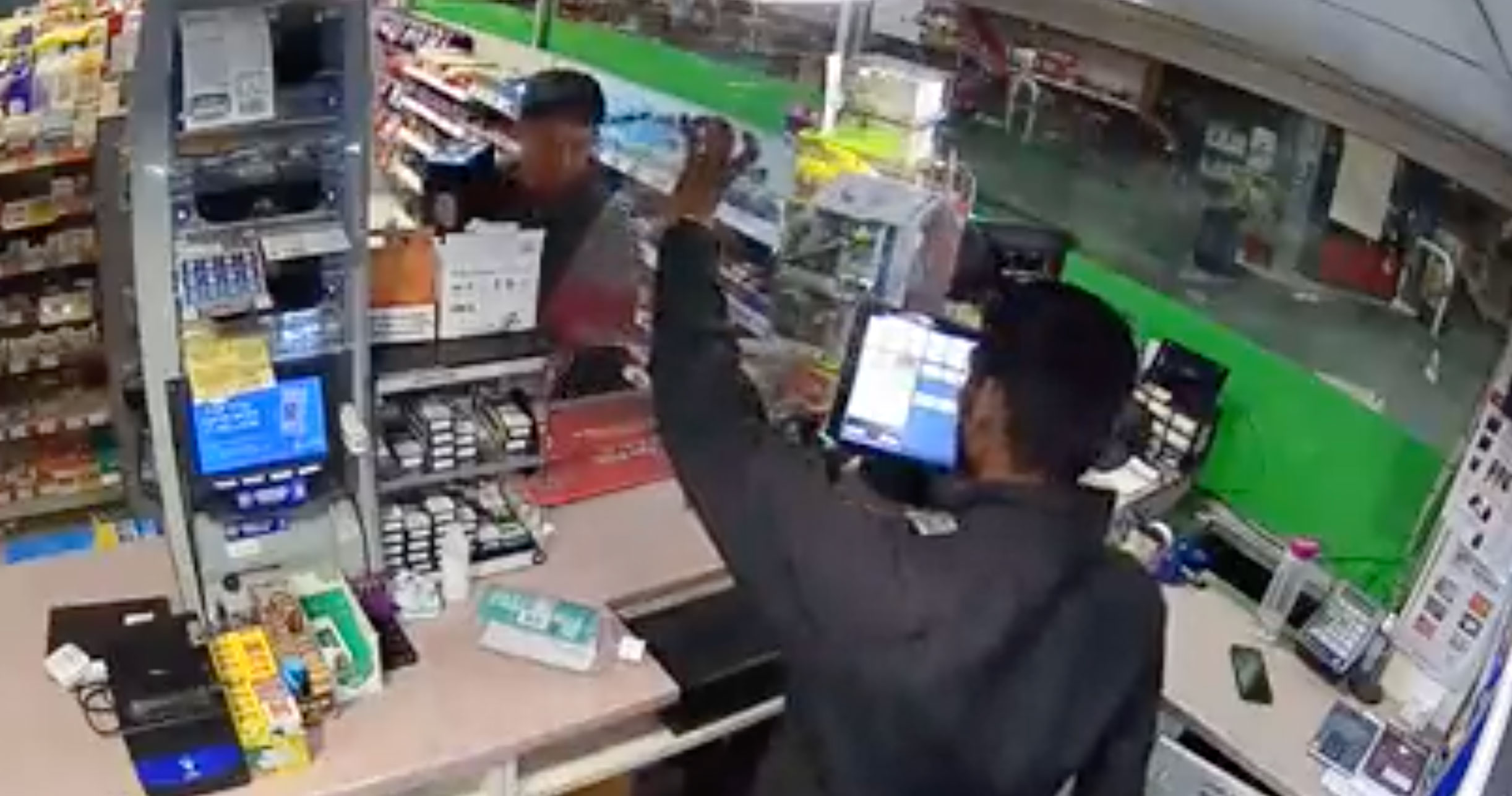 Cops have arrested a man in connection with the incident in Accrington, Lancs.

The incident happened on Monday at the Texaco Petrol Station on Hyndburn Road and was recorded on the shop’s CCTV.

In the video the man, having bought a pack of lager, can be seen ranting at the shop worker.

The store worker stays calm and tries his best to pick up the contents thrown from the counter.

He then kicks more displays saying "You f***** record that" and calls the shop worker a "Taliban".

Lancashire Police said a 34-year-old man has been arrested and released under investigation.

A police spokesman said: "We were called in the early hours of Monday morning after concerned members of the public rang us about a man being abusive to a shopkeeper in the Texaco Garage on Hyndburn Road in Accrington.

"We are now carrying out some further enquiries and speaking to the Crown Prosecution Service.

"We know that the video has been widely shared and we recognise the distress that it’s caused.

"Everyone in our county should be allowed to live their lives free from harassment and the fear of hate crime.

"Hate crime causes great distress to its victims and we are committed to investigating all crimes and incidents motivated by hate, supporting victims and bringing offenders to justice." 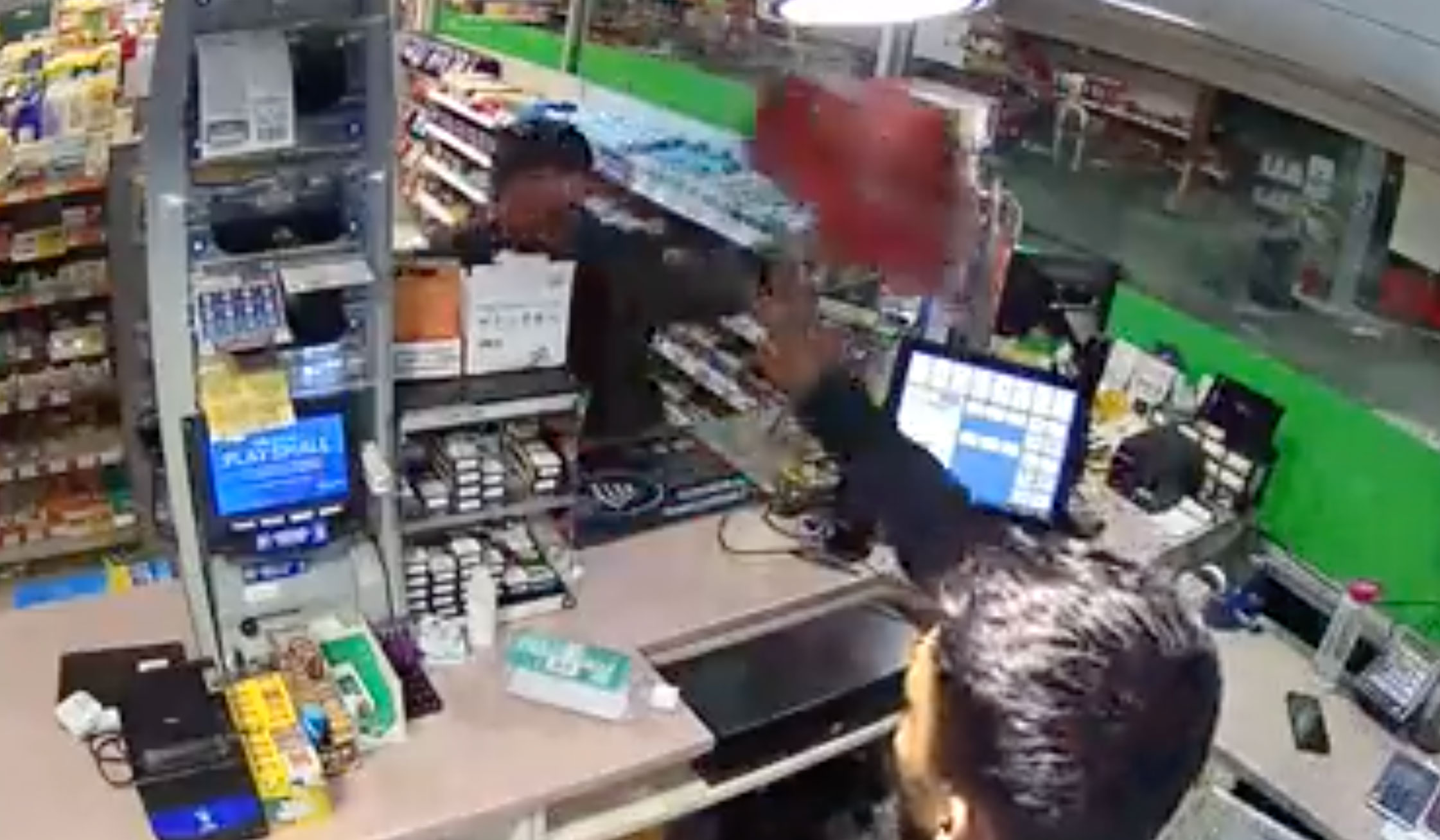 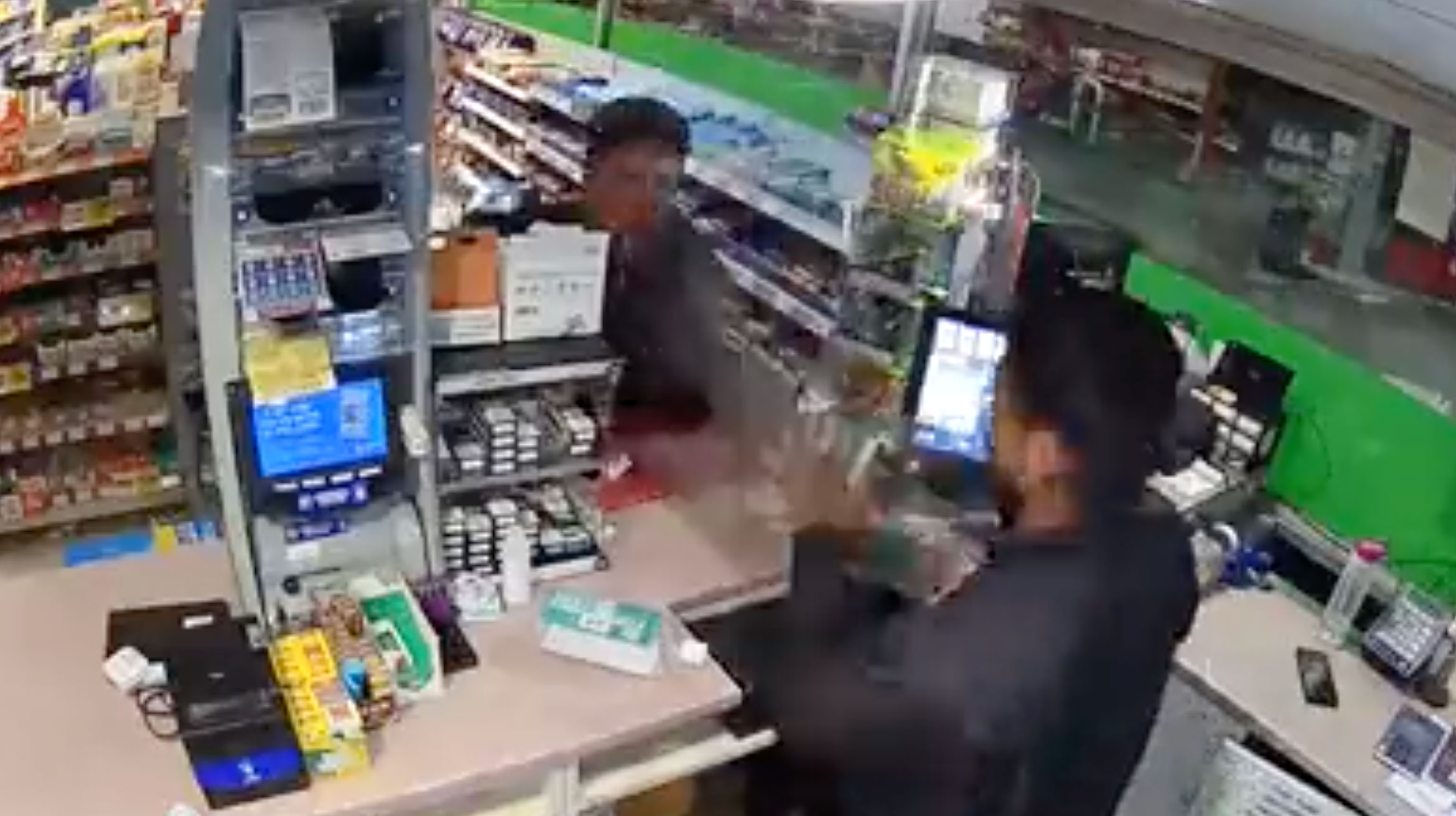