This Morning viewers have complained to the TV regulator Ofcom about Phillip Schofield’s ‘dyslexia-shaming’ jibe at the former Health Secretary Matt Hancock.

During an interview last week, Mr Schofield appeared to mock Mr Hancock about his lockdown-breaking tryst with lover Gina Coladangelo by asking: ‘Was it your dyslexia that meant you misread the social distancing rules?’

It is understood that Mr Schofield’s co-host, Holly Willoughby, who struggled with dyslexia as a child, was ‘surprised’ by the question, not least as she was keen for Mr Hancock to appear on the ITV show to promote a Bill calling for all primary-school children to be screened for the condition. 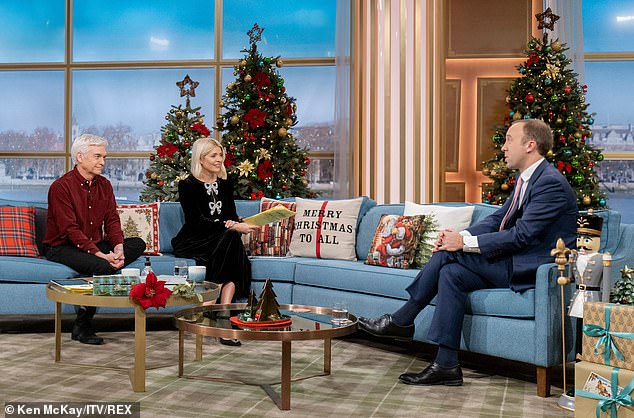 A source told The Mail on Sunday: ‘It has become clear that a lot of complaints have been made to Ofcom over this. It was a clear example of disability-shaming.

‘While some may have found it funny, those who have dyslexia find it utterly insulting.

‘It was a cheap shot that offended many people, and Holly didn’t appear to be very happy about it either.’

Mr Hancock, who only realised that he suffered from dyslexia while studying Philosophy, Politics and Economics at Oxford University, made it clear to Mr Schofield that the condition was unrelated to his kiss with Ms Coladangelo, which was caught on CCTV and the footage then leaked.

‘No, I can’t blame that on dyslexia or anything else,’ he said. ‘It was a mistake and I’ve apologised for it and it was a failure of leadership because I came on shows like this and asked people to do this and I didn’t follow rules myself.’

The scandal led to his resignation and the breakdown of both his and Ms Coladangelo’s marriages. 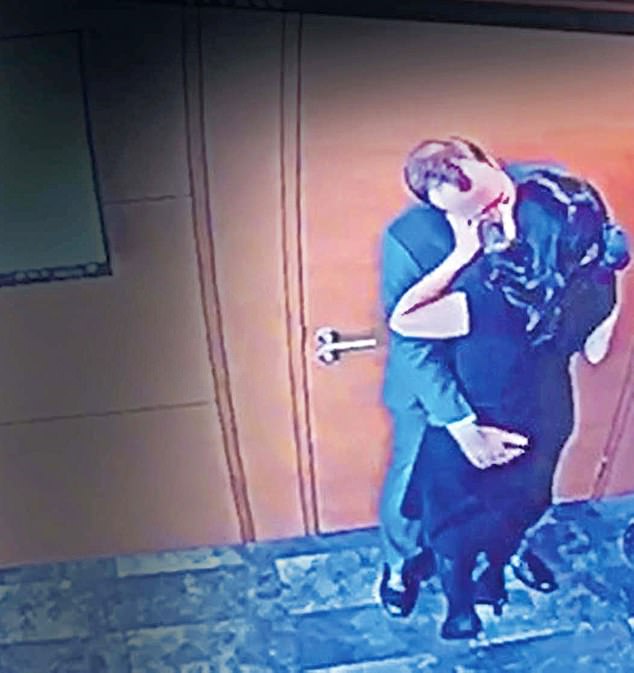 Mr Hancock, made it clear to Mr Schofield that the condition was unrelated to his kiss with Ms Coladangelo, which was caught on CCTV (pictured) and the footage then leaked

Speaking previously about dyslexia, Ms Willoughby said: ‘Yes, I’m dyslexic. I had to find my own tool kit, and for me it was finding somebody who understood this, who could teach me how to access those tools because at school it wasn’t really that well known.’

Mr Hancock last week introduced a Dyslexia Screening Bill in Parliament, saying those unable to read or write properly are more likely to be unemployed or involved in crime.

The bill has cross-party support, but is unlikely to become law without Government backing.

Ofcom would only say details of any complaints would be released on Wednesday.