Emanuela Orlandi was the daughter of a member of the Vatican’s police, and was last seen leaving a music class aged 15.

Theories have circulated for decades about who took her and where her body lies.

In the latest anonymous tip-off, her family’s lawyer was told to look inside the tomb, which lies in a German cemetery within the Vatican walls. 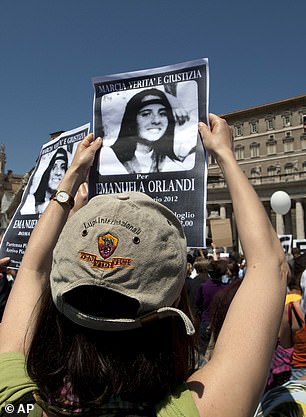 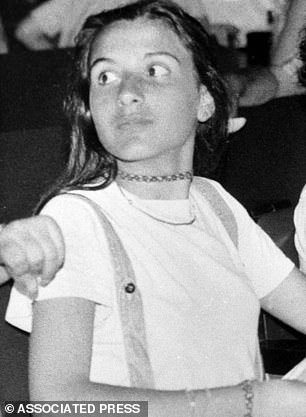 Protesters hold posters with Emanuela Orlandi’s image calling for ‘truth and justice’ for the 15-year-old who vanished in 1983, in a demonstration in St Peter’s Square in 2012

‘I can confirm that the letter by Emanuela Orlandi’s family has been received… and the requests it contains will be studied,’ Vatican spokesman Alessandro Gisotti said in a statement.

That followed the publication in Italy’s Corriere della Sera daily on Monday of the request by lawyer Lauro Sgro.

Sgro received a note last year telling her to ‘look where the angel is pointing’, along with a photograph of the tomb, it said. 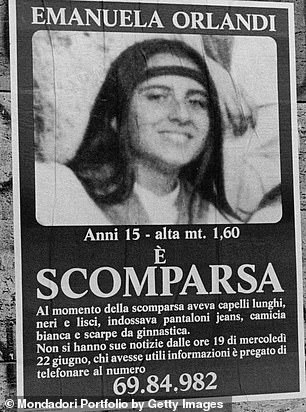 A poster calling for information on Emanuela Orlandi, who disappeared aged 15 from a Rome street in 1983

The grave in question features a marble angel holding a tablet reading ‘Rest in Peace’ in Latin, above a tombstone with an inscription dedicated to a German prince who was nominated archbishop by Pope Pio IX in 1857, and his wife.

Tests done on the tomb since the tip-off show that it has been opened at least once, and the date of the tablet is different to that of the tombstone, the Corriere said.

Sgro said she had also been able to ‘verify that some people knew there was a chance Emauela Orlandi’s body had been hidden in the German cemetery,’ her letter to the Vatican read.

People had also been leaving flowers on the tomb, she said.

According to some theories, the teenager was snatched by an organised crime gang to put pressure on Vatican officials to recover a loan.

Another claim was that she was taken to force the release from prison of Mehmet Ali Agca, the Turk who attempted to assassinate Pope Jean Paul II in 1981.

The family braced for a breakthrough in October when human remains were discovered on a Vatican property, only to be disappointed when tests showed the skeleton did not belong to a teenage girl.