University dropout, 20, creates multi-million pound investment business within a year of quitting his studies – and now drives a £120,000 BMW to his office in Canary Wharf

An ex-student who dropped out of university to follow his dream of being an entrepreneur has built up his own multi-million pound business in the space of a year.

Jake Lee, of Borden, Kent, abandoned his four-year economics degree at Loughborough University in 2018 at the tender age of 19.

When he dropped out all he had was a rented office, but one year on he has his own plush headquarters at London’s Canary Wharf and drives a flash BMW.

The 20-year-old’s business is called Improve Your Future and helps people cash in on trading currencies online.

He says university is ‘the biggest con in the world’ and claims that without further education he has already built his company up to be worth £2million. 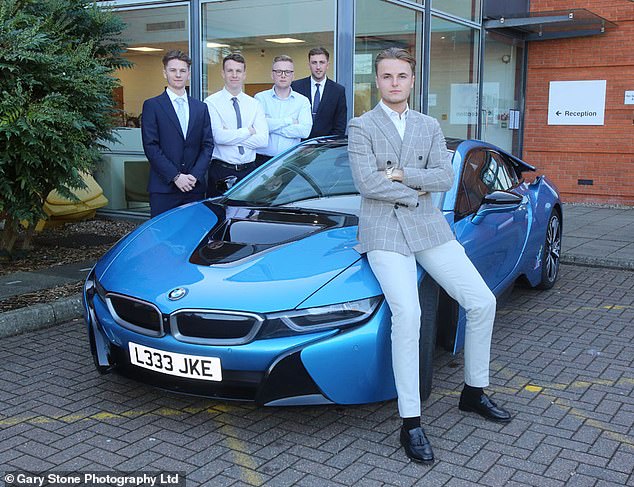 Jake Lee, of Borden, Kent (pictured with his £120,000 BMW i8 and fellow employees outside his office) abandoned his four-year economics degree at Loughborough University last year at the tender age of 19 and now has his own multi-million pound business

He said: ‘I had an amazing time at university and it was a big life experience – doing your own washing up and cooking dinner.

‘I was always a mummy’s boy and never experienced it before. It made me grow up, but I was going out all the time and I lost my focus for business.

‘I’d say to others at university to sit there and think about the process you’ve been through to this point. All it is about is passing exams, from GCSEs to A-levels and your degree.

‘It’s one of the biggest cons in the world. Society makes us believe it’s the right thing to do – I fell for it. You have to be brave and take risks. It’s changed my life.’

Mr Lee employs seven permanent staff, who are all under the age of 25, and 13 other freelancers, with plans to create more full-time roles in the coming months.

He also employs his 23-year-old brother Dylan and has a second set of offices closer to home in West Malling, Kent.

The young entrepreneur developed a thirst for the industry when he was 14 after some work experience at a relative’s firm where he began learning about trading.

He founded the business in 2016 and when it took off, he moved into a £4,000-a-month penthouse with a friend in the Royal Docks area of North Woolwich in London.

He had his own balcony overlooking the River Thames, but decided to move back to Kent a few months later to save money and now lives with a family friend. 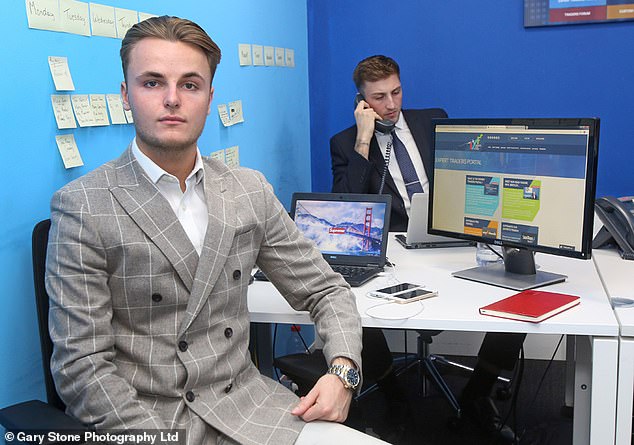 His lavish lifestyle has seen some of his friends nickname him The Wolf of Wall Street – after Leonardo Di Caprio’s portrayal of American businessman Jordan Belfort.

But Mr Lee said: ‘I don’t like that because Jordan Belfort did everything for himself. I want to help people.

‘That’s the best feeling out of everything. I look into the office and see 10 guys of a similar age to me – a couple who I’ve known my whole life – working insanely hard and they’re amazing.’

Improve Your Future trades in the foreign exchange market and has more than 2,000 clients. It aims to give novices the chance to make cash in the trade. 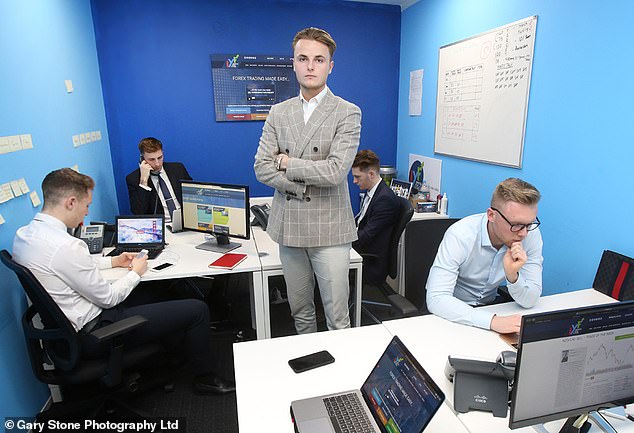 But it has not always been plain sailing for the youngster, who doubted himself at a young age.

He said: ‘When I was at school, I was predicted D grades in my GCSEs and I thought I was an idiot. My dad believed I had something about me but I didn’t.

‘I didn’t want to let him down and I got As and Bs. That was a switching point.’

Reflecting on his success, he added: ‘I don’t lift my head from work and think ‘look what I have at this age’.

‘I just keep knuckling down. I think the reason people fail in life is because they lift their heads. I might have nice possessions but I want to strive for more.’

‘In five years I want the business to be worth £100 million. I know what I want and I know I am going to change this industry.’