Universities are turning to Tinder-style clearing videos, embarassing memes and well-known celebrities to try and scoop up disappointed A-level students.

Institutions across the country are eagerly looking to take on students to their courses who may not have got the grades they hoped for.

To that end, they are utilising memes of popular TV shows or films such as Harry Potter and Love Island to try and tempt would-be university students.

One halls of residence in Newcastle went even further by hiring Made In Chelsea reality star Oliver Proudlock to talk to students.

The University of Hull even made a cheeky video reference to dating app Tinder on their Facebook page, suggesting they might be a ‘perfect match’ with a wink face emoji. 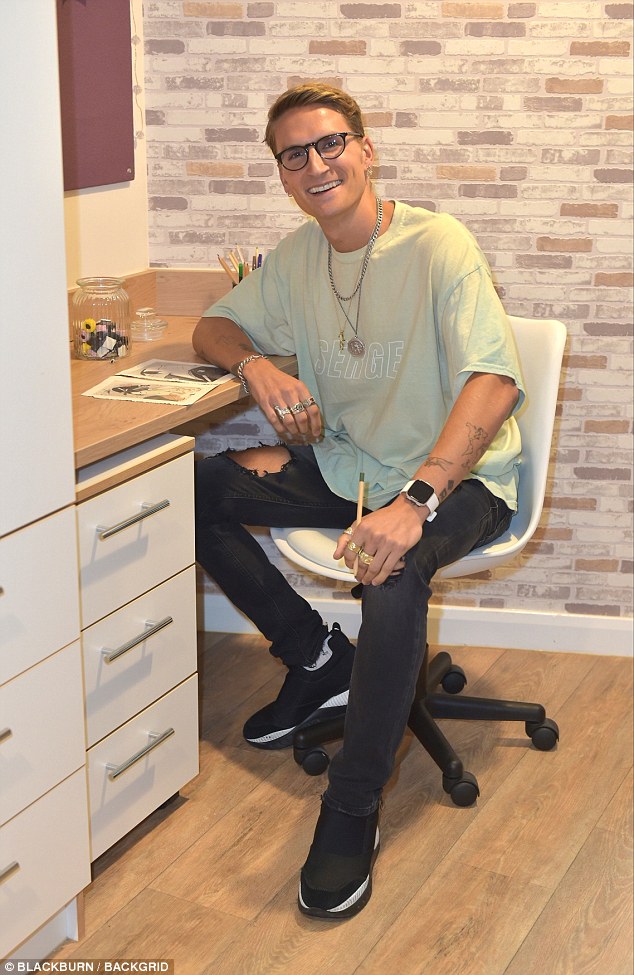 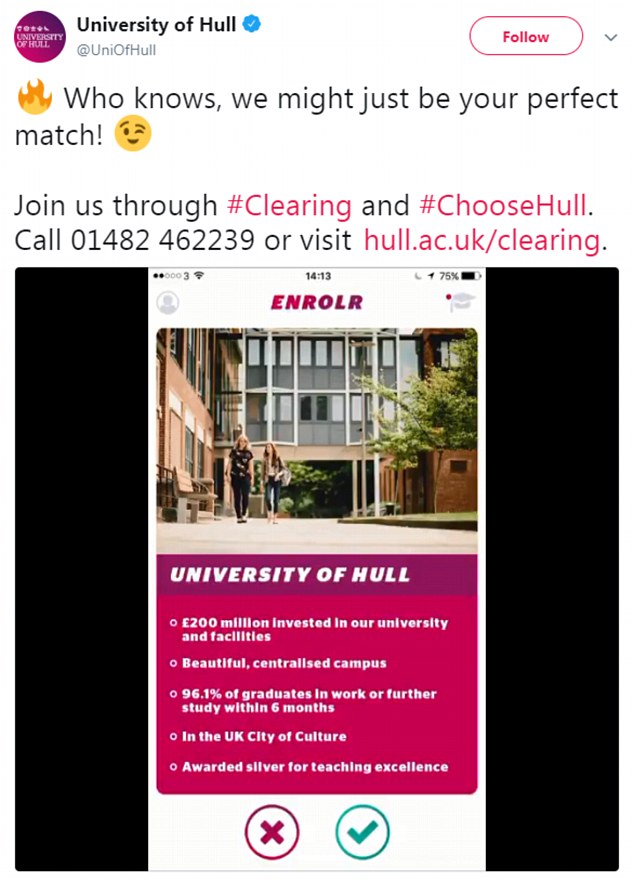 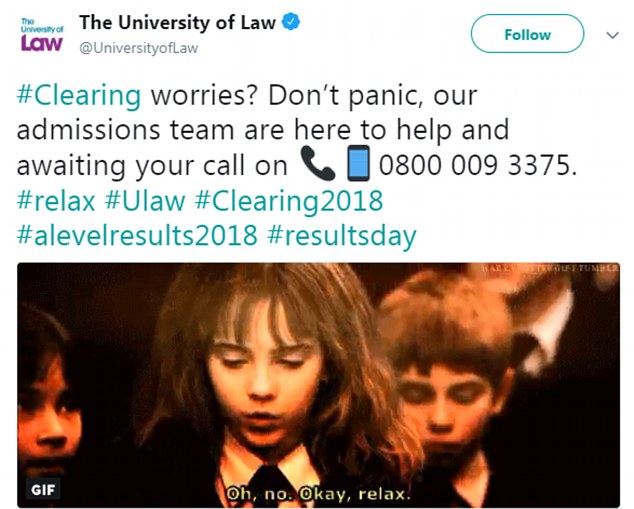 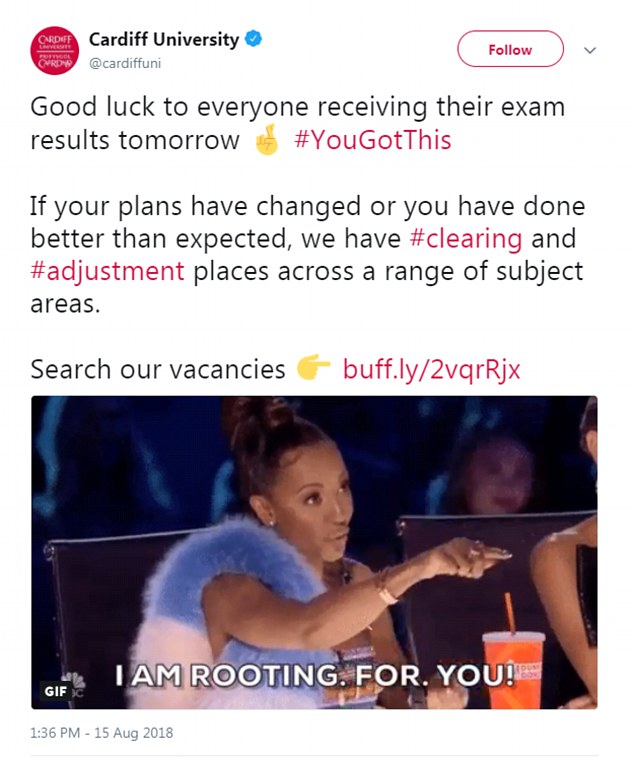 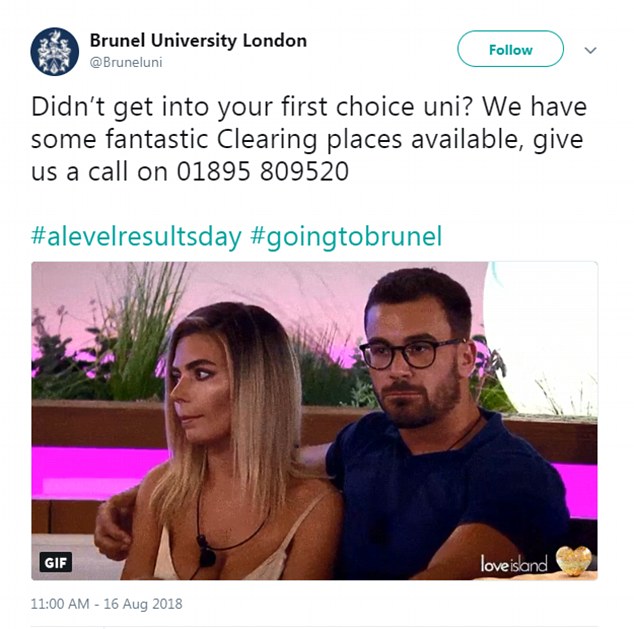 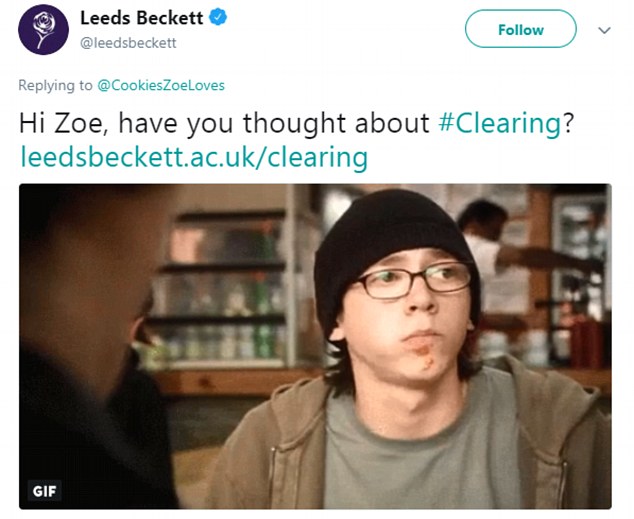 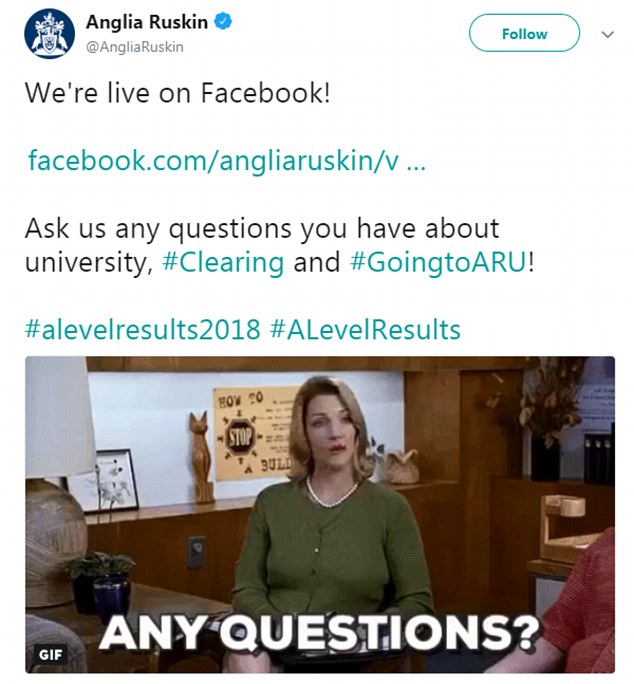 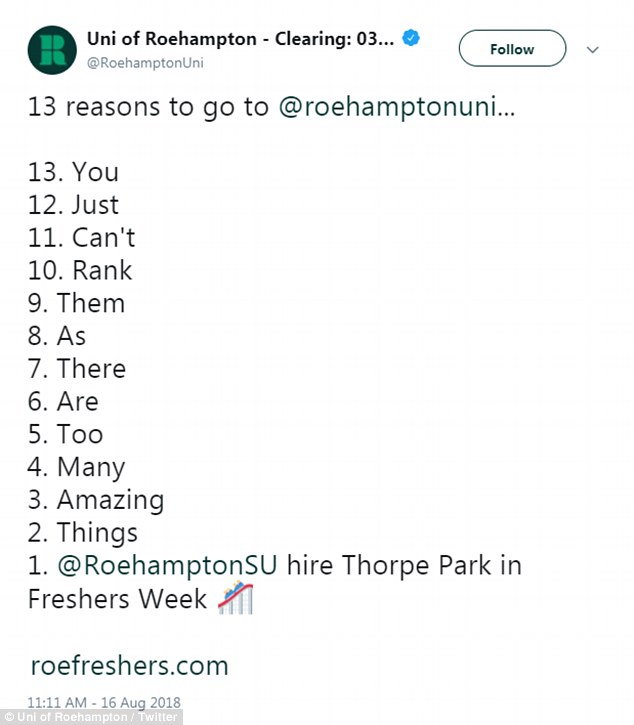 In the video clip a number of universities pop up such as the ‘University of Bland’ which are all left swiped, rejected, by the applicant.

Until he finally comes to the University of Hull and ‘decides to take a look’.

After asking for ‘nice pictures’, the man manages to ‘get a date’ with the University.

The scramble for sixth formers came as the overall pass rates for A-levels were today revealed to have dropped to their lowest level for eight years amid a huge overhaul of the exams system starting to take effect.

London Metropolitan University opted to send out a tweet saying, ‘Do you have a question for us about #Clearing? Head over to our Instagram page where we are currently answering any questions via our stories!’

They adorned this tweet with a cute confused cat.

Although not necessarily a meme, the University of Roehampton has done a good job or trying to tempt people through clearing by saying they are hiring out Thorpe Park for freshers week.

Essex University trolled its rival across the border in Suffolk, saying ‘are you ok hun?’

They also posted another image of a car skidding to head towards Essex, while straight on along the road would be ‘boring’. 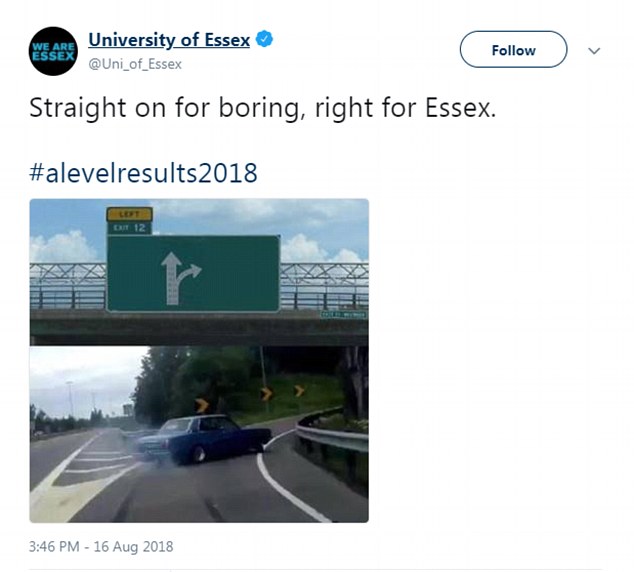 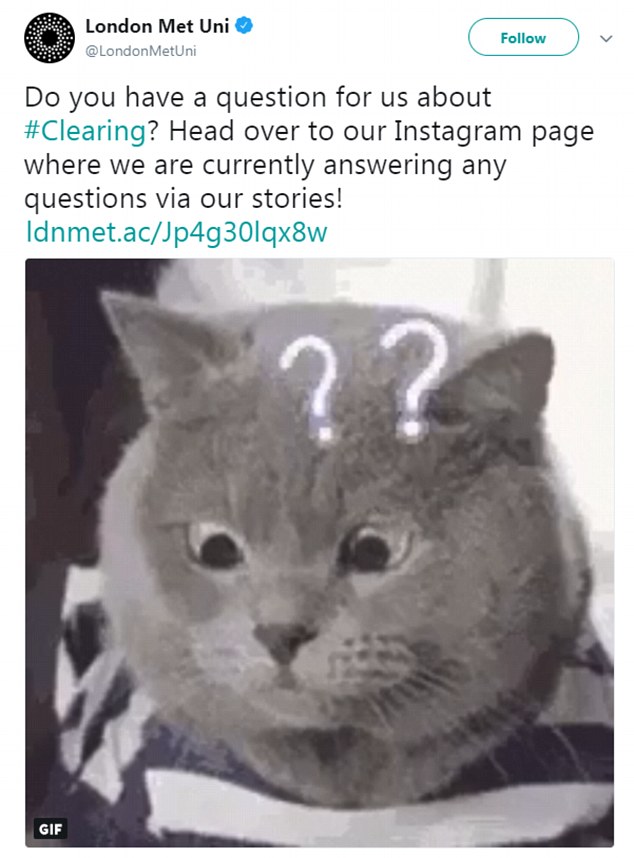 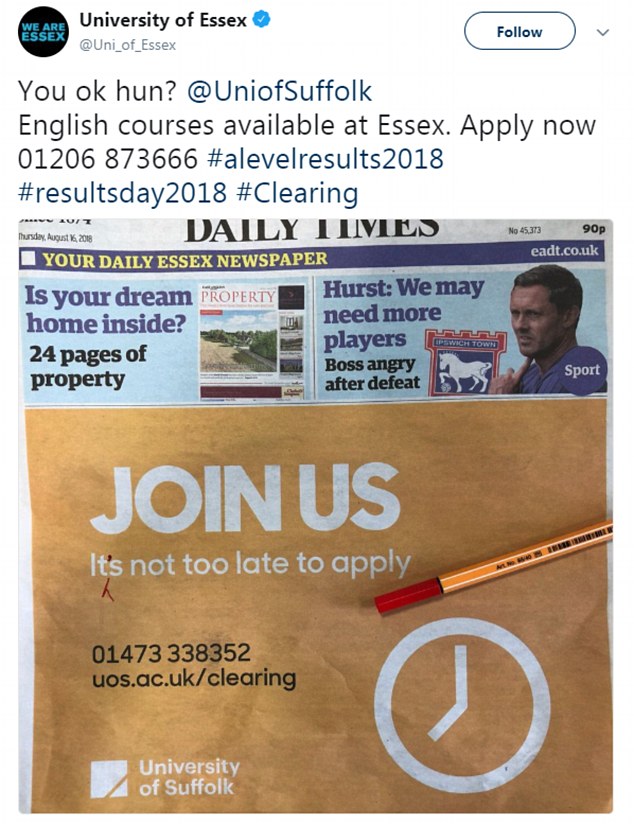 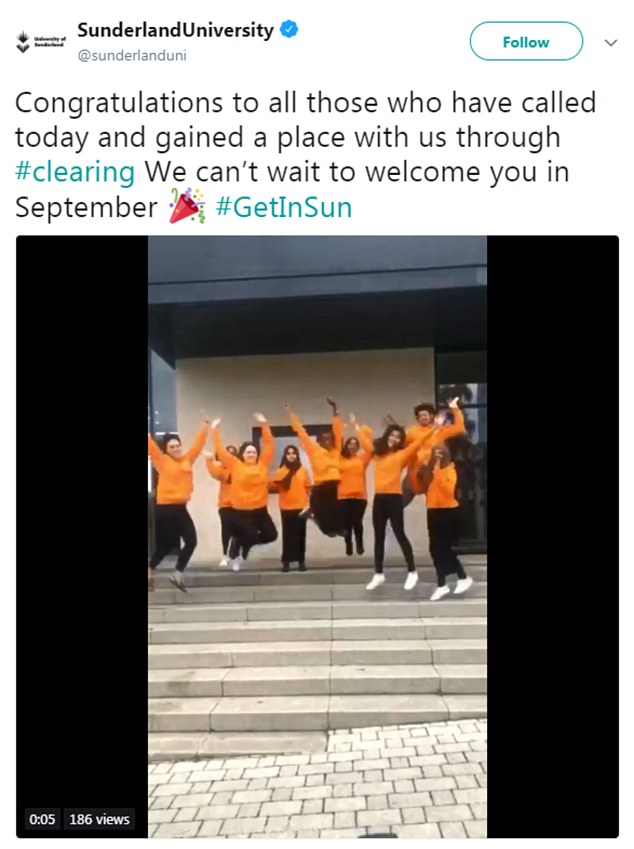 Brunel University London took advantage of the enduring popularity of Love Island by tweeting a pic of the stars Megan Barton Hanson and Alex Miller.

They also snapped a picture of their clearing team wearing party hats and awaiting your call.

Sheffield Hallam boasted of its rich musical heritage by putting a picture showing the Arctic Monkeys on vinyl.

Staffordshire University used a timeless reference to Marty and Doc from Back to the Future. 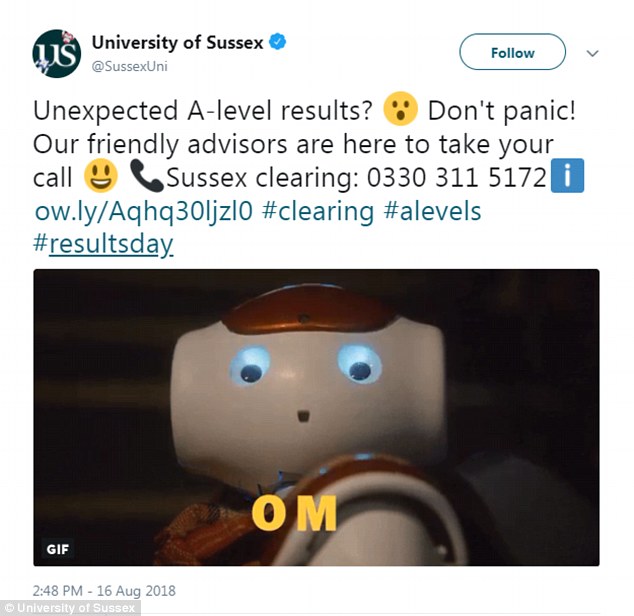 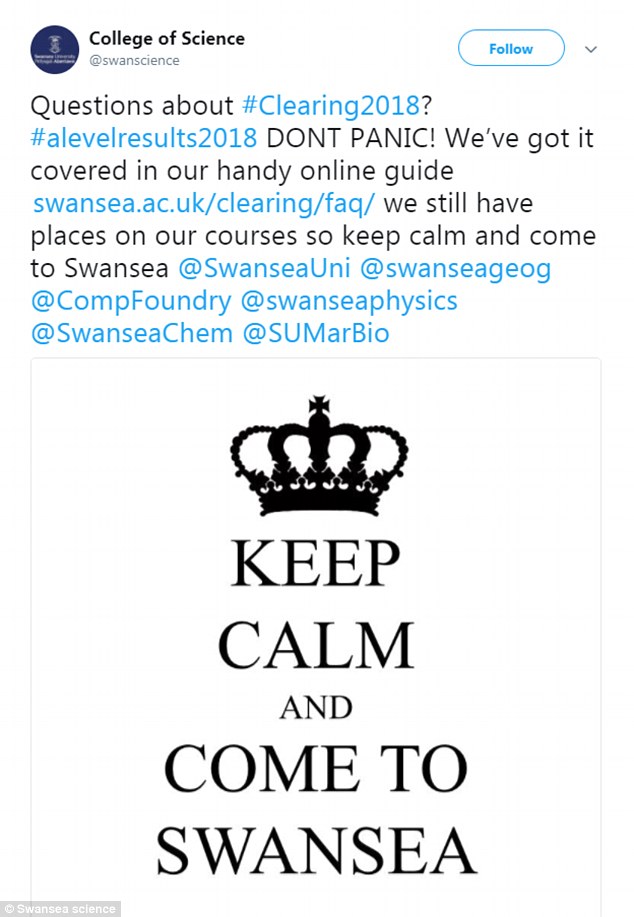 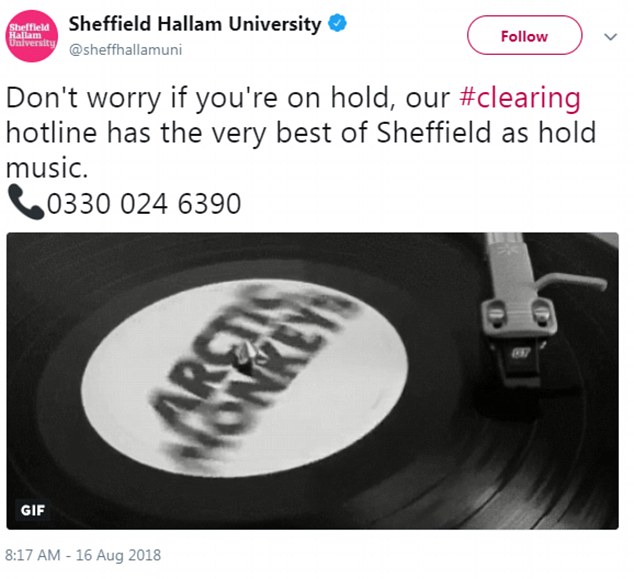 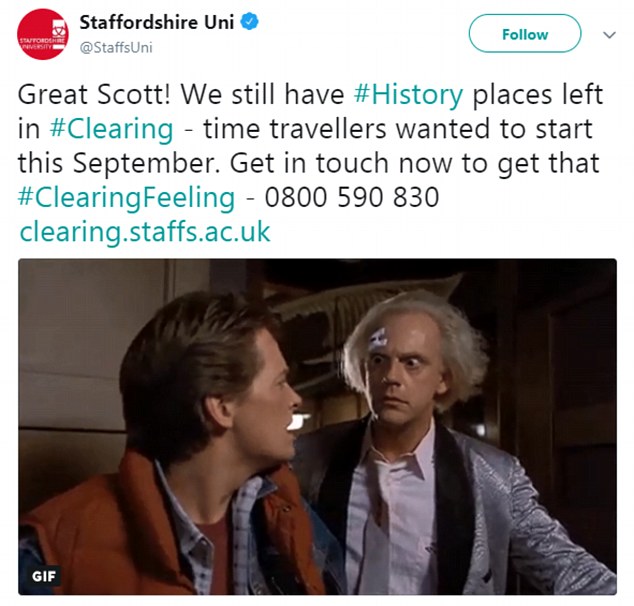 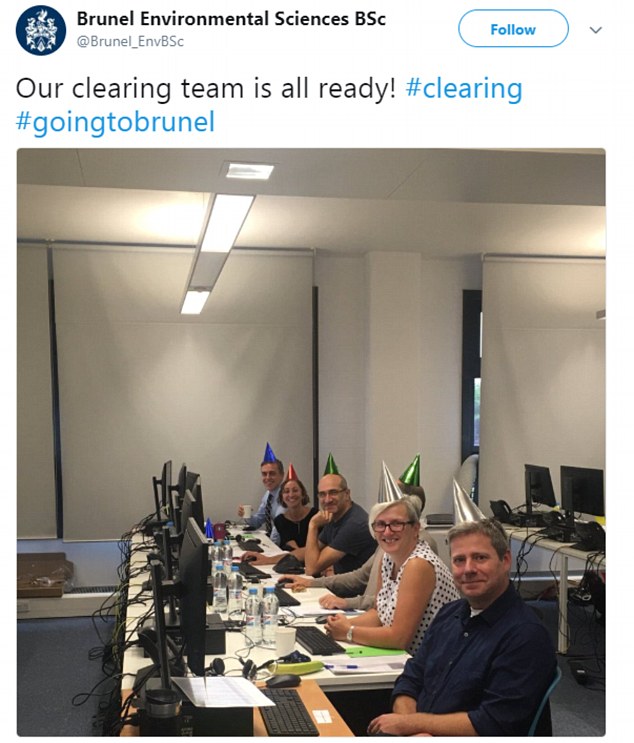