Reviled hate preacher Anjem Choudary is to be personally targeted by United Nations sanctions when he is released from prison this week, The Mail on Sunday can reveal.

Ministers are steeling themselves for a public outcry when Choudary, who led the banned terror organisation Al-Muhajiroun, is freed after serving just half of a five-and-a-half-year term for publicly supporting Islamic State.

They have admitted that they were powerless to halt his release, despite Prisons Minister Rory Stewart branding him ‘a deeply pernicious, destabilising influence’ and ‘a genuinely dangerous person’. 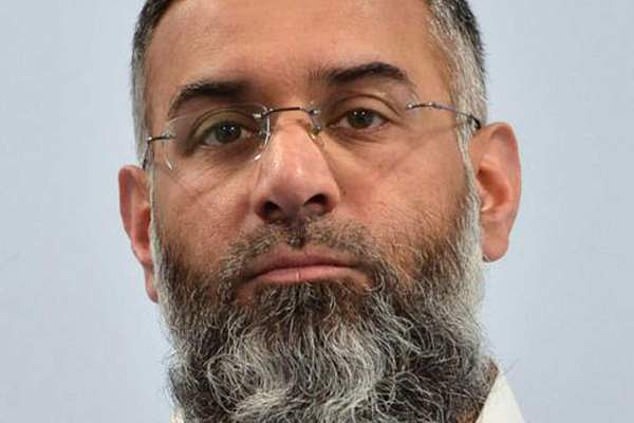 Reviled Islamist hate preacher Anjem Choudary, above, is to be personally targeted by United Nations sanctions when he is released from prison this week. It is believed that such draconian measures have only once been used before in Britain, on an Egyptian cleric [File photo]

But after a diplomatic push led by Foreign Secretary Jeremy Hunt, UN Security Council powers will be used to hit Choudary with an asset freeze and travel ban – and even force him to be subject to its ‘arms embargo provisions’.

The move, carried out with the close co-operation of French President Emmanuel Macron’s government, means that each UN member state is legally obliged to freeze his financial assets, prevent him from entering their countries and stop any weapons reaching him.

It is believed that such draconian measures have only once been used before in Britain – and on that occasion the subject was Abu Hamza al-Masri, the hook-handed Egyptian cleric who preached Islamic fundamentalism and militant Islam from Finsbury Park Mosque in London before being extradited to America in 2012 and subsequently sentenced to life in prison.

Choudary will have to live in a taxpayer-funded safe house in north London, and will be subject to stringent restrictions on his activities – or risk an immediate return to jail. These will include an evening curfew, the wearing of a GPS electronic tag and a ban on visiting specific venues such as Regent’s Park Mosque in Central London, where he used to worship.

He will also be banned from communicating with a number of his former associates. 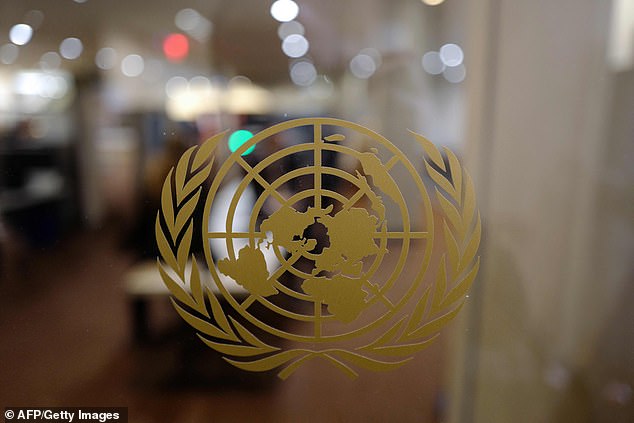 Ministers are steeling themselves for a public outcry when Choudary, who led the banned terror organisation Al-Muhajiroun, is freed. Instead, after a diplomatic push led by Jeremy Hunt, the United Nations, above, will be used to hit Choudary with an asset freeze and travel ban [File photo] 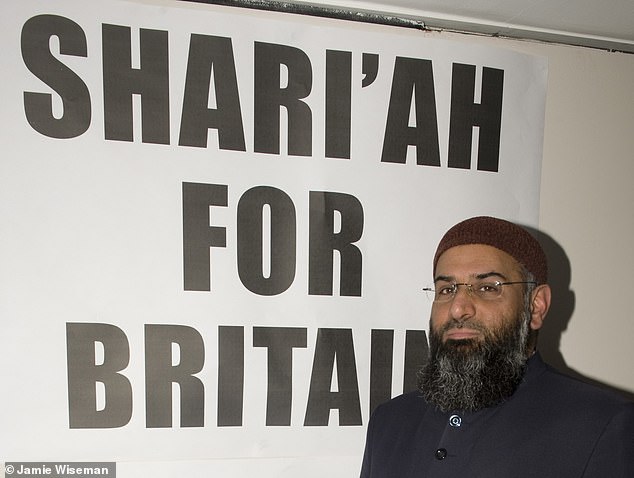 Choudary will live in a taxpayer-funded safe house in north London, and police will protect him from reprisals. Last month, Theresa May revealed that police and the security service MI5 are running 676 investigations into suspected terrorism [File photo]

About a dozen followers will soon follow Choudary out of prison while his right-hand man, Mizanur Rahman, will also be released halfway through his sentence.

Counter-terrorism experts have warned that al-Muhajiroun could reform. Some of its members went to Syria where they fought with so-called Islamic State.

They included Londoner Siddhartha Dhar, who the US State Department says has taken part in the murder of hostages.

Police will protect Choudary from reprisals by far-Right activists.

Last month, Theresa May revealed that police and the security service MI5 are running 676 investigations into suspected terrorism. Thirteen plots by Islamist extremists have been foiled since March 2017.

A senior Government source said of the UN action against Choudary: ‘This is a great coup for Jeremy and for Britain and shows we are serious about taking all necessary action to destroy Islamic State and its tentacles around the globe.

We will use your email address only for sending you newsletters. Please see our Privacy Notice for details of your data protection rights. Daisy May…