BRITAIN is set to become colder than Iceland as temperatures plunge to a bone-chilling -6C.

Temperatures are expected to plummet to -6C across parts of the UK tonight making Britain not only colder than Iceland's capital Reykjavik at 0C but also Moscow at 4C and Helsinki in Finland at 1C. 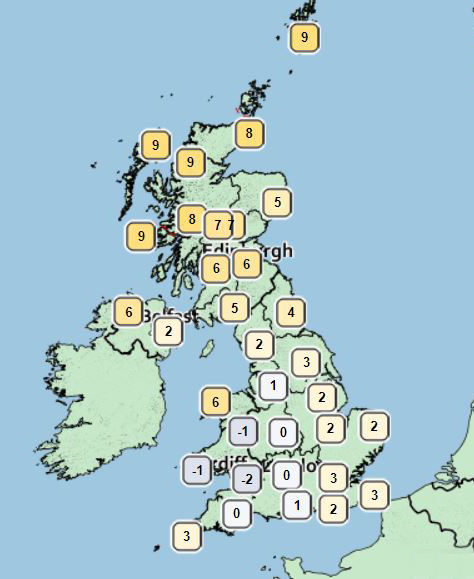 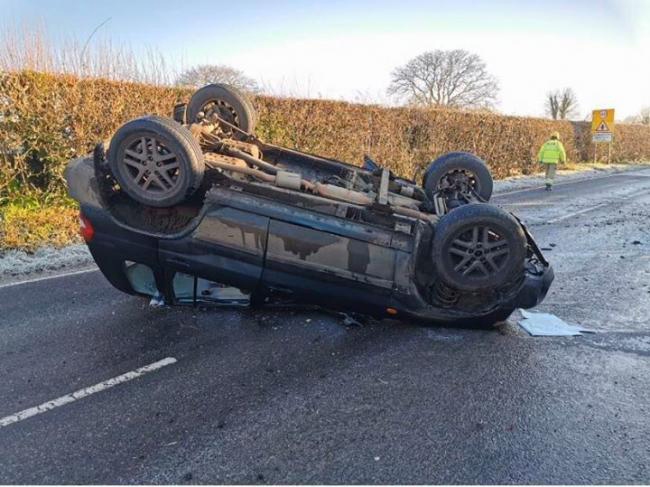 Tonight, temperatures will plunge below zero again, according to forecasters.

But there is a north-south divide in temperatures with the north-west is experiencing around 10C in stark contrast with the freezing conditions elsewhere across the UK.

Alex Deakin presenting the national weather forecast for the Met Office, said: "Across the south it will again be a cold night.

The low temperature in the south prompted a cold weather alert to be issued by Public Health England on Sunday which will last to 6pm on Tuesday.

Fleets of gritters had been out all night in a bid to make the roads safe for the Monday morning rush.

Police advised motorists to "crawl along" on icy roads even if it makes them late for work.

"It's better to get to work or school late, and risk a telling off, than to end up in hospital or even worse, in a mortuary," said one traffic cop in the Thames Valley where even major roads like the M4 needed heavy gritting.

The Met Office in Devon and Cornwall warned: "Road surface temperatures are at -5.1 and still forecasted to go down lower.

"Drive with care, ice possible even on gritted roads."

Among dozens of skidpan crashes across the country, a car and a trailer were involved in a smash which has blocked the A386 Dolvin Road in Tavistock, Devon.

It's not yet known if people have been injured in the collision.

Devon and Cornwall police advised drivers shortly after 7.15am today to avoid the area because of rush hour congestion and traffic jams.

As appalling weather hit bleak Dartmoor, there are reports of a pony being hit by a car on the B3212 Dousland Road at Yelverton.

Firefighters have warned motorists to make sure their windscreens are cleared of ice and frost before setting off on a journey.

The warning came after a car flipped onto its roof in a crash on the icy A3030 near Alweston, Dorset.

A crew from Sherborne fire station was sent to make the scene safe.

When firefighters arrived, one person was out of the vehicle already and was checked over by ambulance paramedics.

The teams used environmental pads to prevent any fluids entering the drains.

A spokesman for the fire service said: "With the cold mornings please ensure you leave extra time for your journeys and ensure your windscreen is fully cleared."

Police have issued a similar warning and have also urged drivers not to leave iced-up cars parked with engines idling on driveways and in the street outside their homes.

They said there have been several thefts where people had switched on the heaters to clear windscreens of ice, then nipped indoors for a warming cuppa.

"When they come back out, their car has gone – thieves are aware of the practice and often lurk around waiting for a chance to jump into a car and steal it," said a Thames Valley Police spokesman.

Tonight the cold weather will continue in the South with temperatures reaching below zero.

There will be more rain for England northwards and its cold with clear spells elsewhere with some fog likely in the south.

Tomorrow morning will still experience the bitter snap with the east of the country experiencing some sunny spells but most western areas cloudy with light rain for hills.

Wednesday will be dry and cloudy with light winds but the south will yet again experience a chill with fog patches.

Public Health England is urging people to prepare for cold weather conditions and look out for those most at risk.

Dr Owen Landeg, principal environmental public health scientist at PHE, said: "Below 18 degrees, changes to the body mean that the risk of strokes, heart attacks and chest infections increase so heating homes to this temperature is particularly important to stay well." 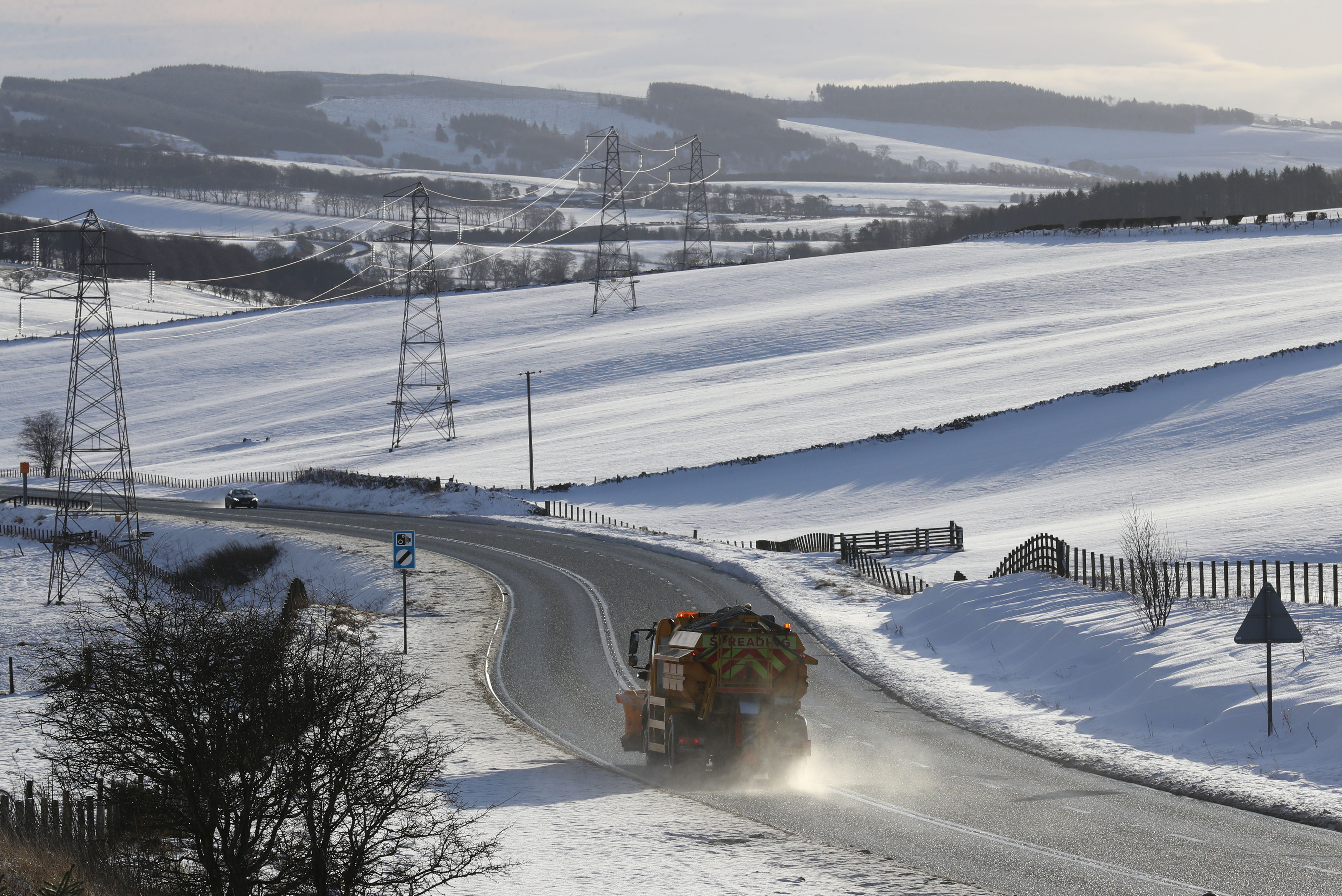 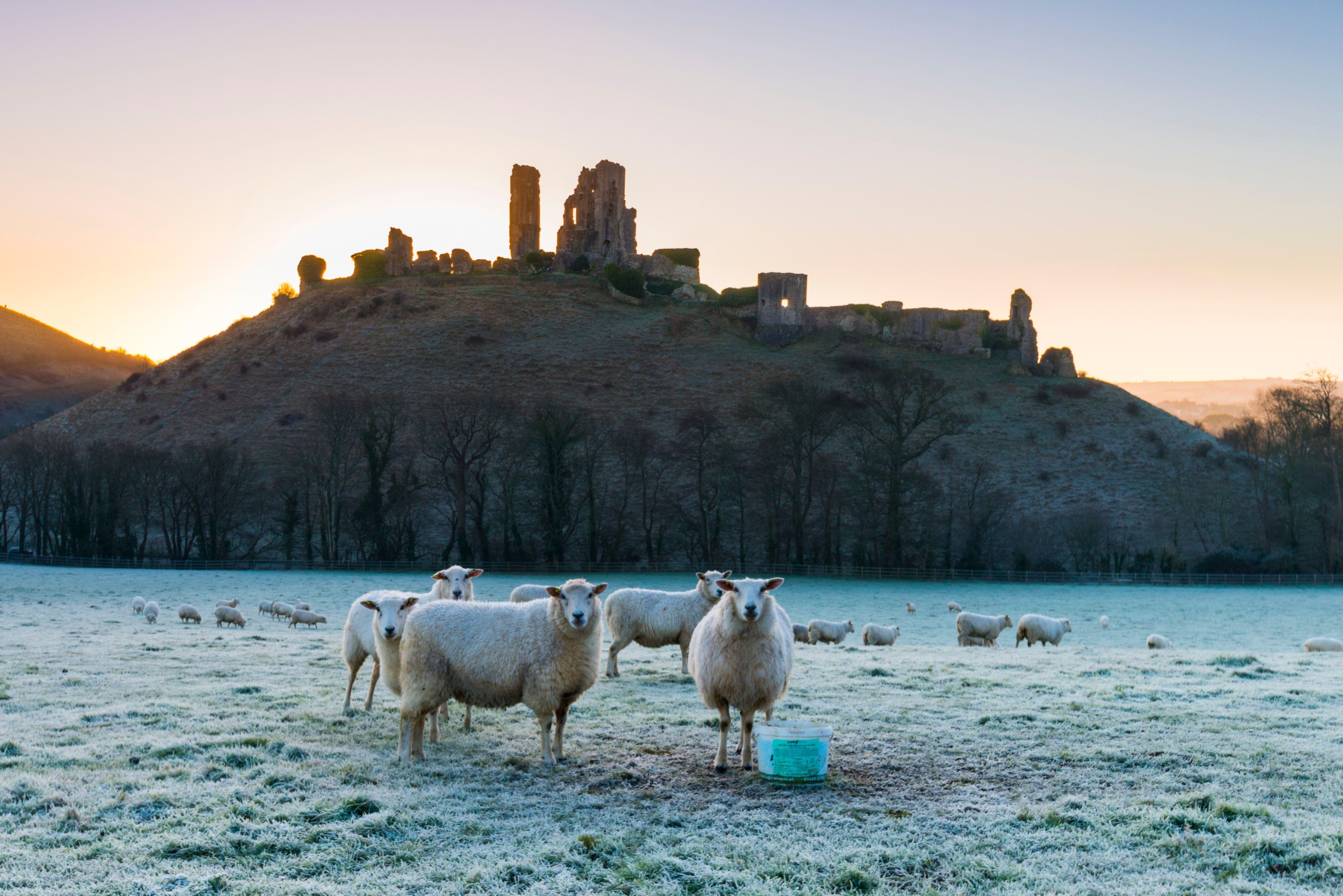 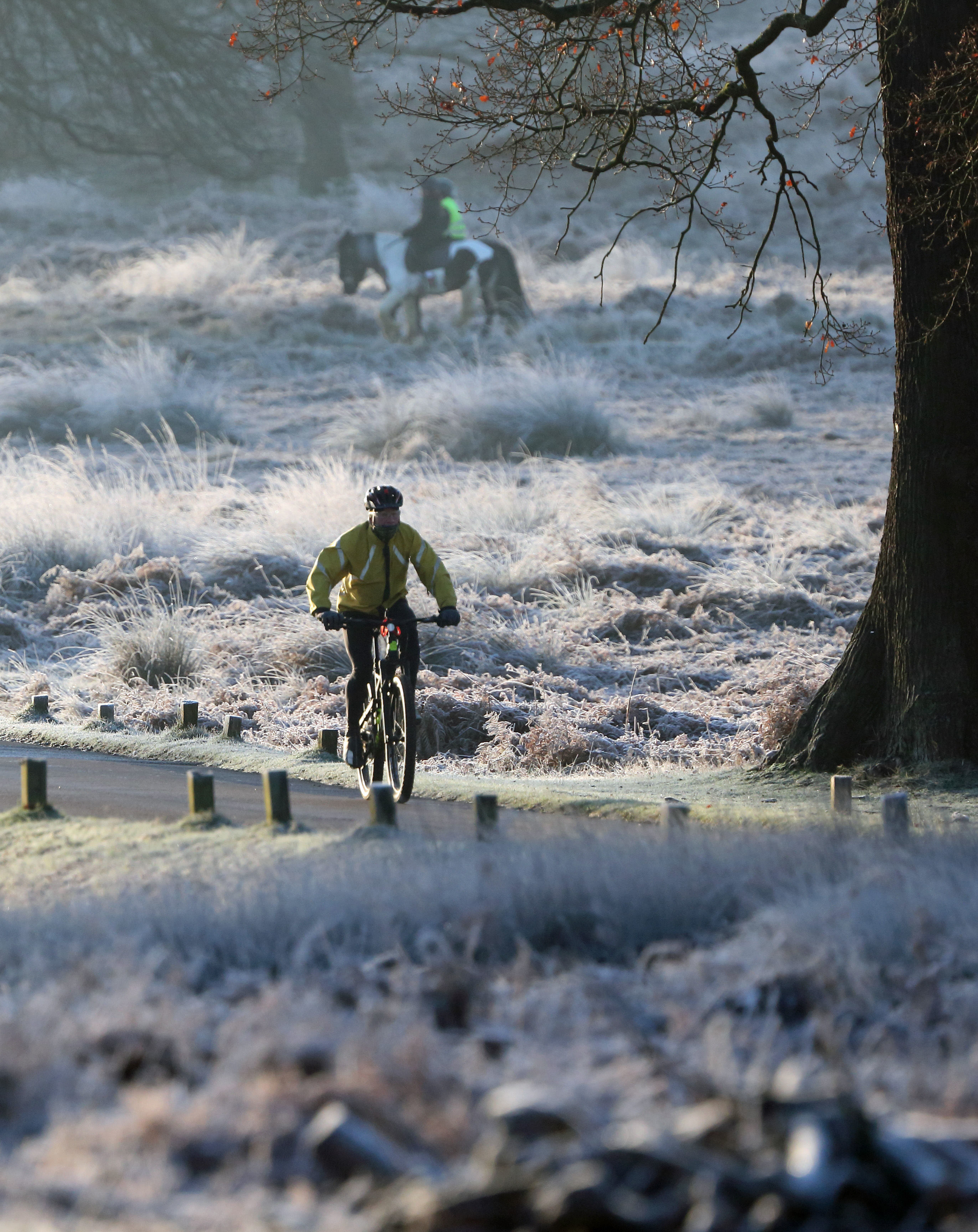 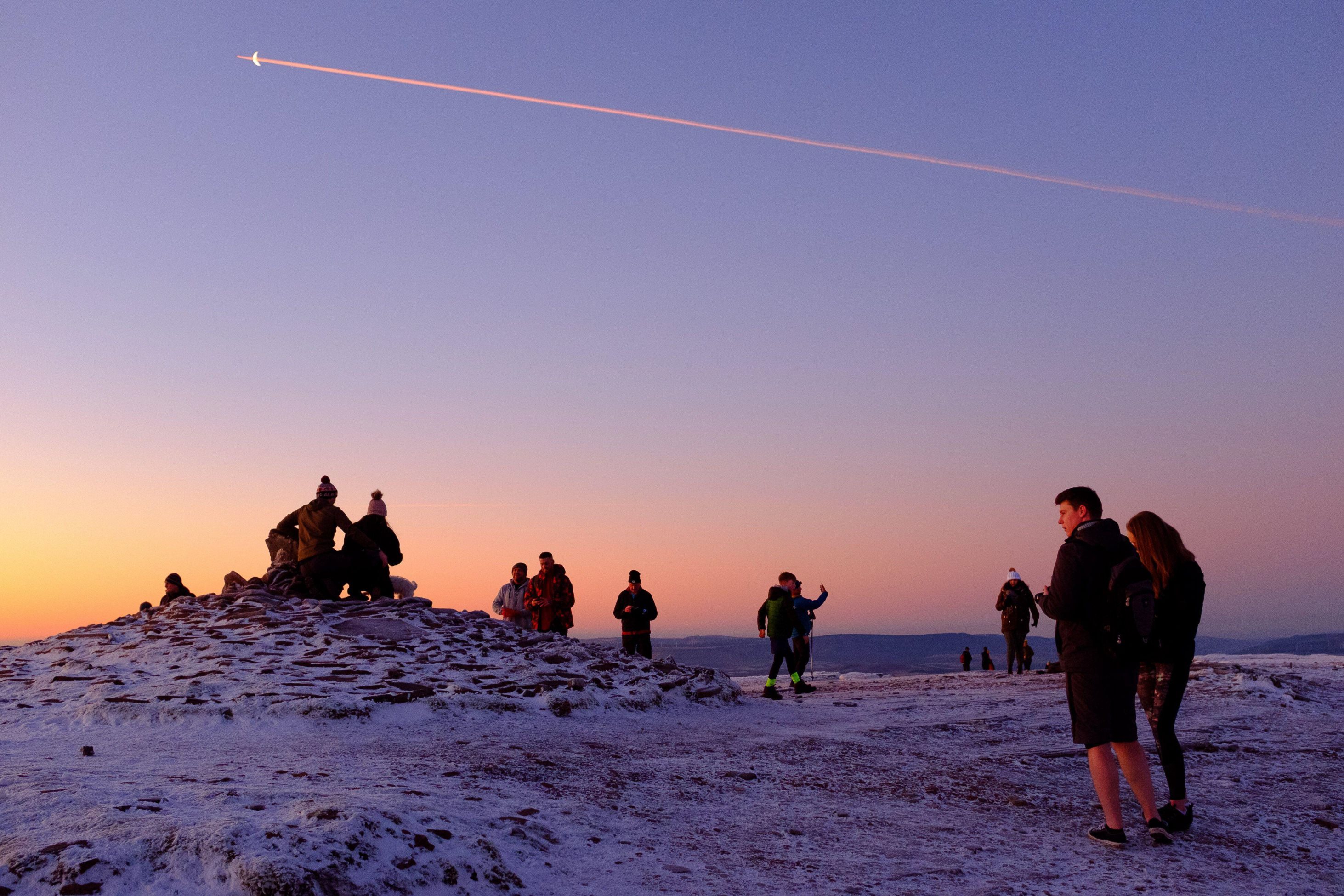