Visas are issued to almost 72,000 Ukrainian refugees waiting to get to UK… but fewer than a third have arrived so far, data shows

Almost 72,000 UK visas have now been issued to Ukrainian refugees, figures showed yesterday, but fewer than a third have arrived so far.

Official data showed more than 107,000 people applied for visas under two schemes, including 66,000 through the Homes for Ukraine sponsorship programme.

It means there is still a backlog of more than 35,000 applications to process.

The sponsorship scheme – which allows British hosts to open their homes to Ukrainian evacuees – has issued 39,300 visas after painful start. 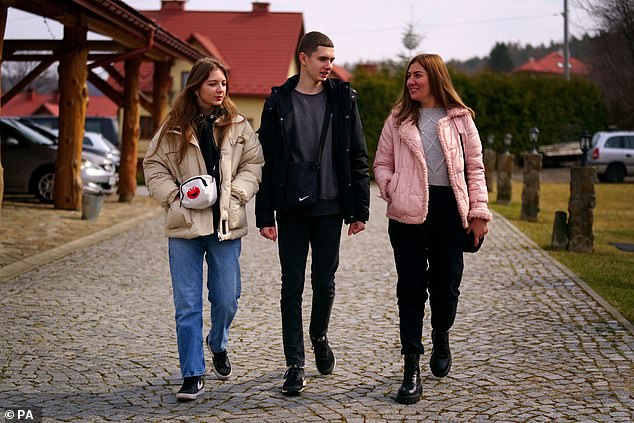 Viktoria Artemenko (right) and her children Violetta (left) and Vitaly (centre), pictured in eastern Poland, applied for UK citizenship in March. A Manchester family offered to take them

Only 6,600 of those refugees have arrived in the UK so far. And under the family scheme – for Ukrainians with existing links to the UK – 32,500 visas have been issued, of whom 15,000 have arrived.

Officials believe some people applied for visas so they have the option of coming to the UK but are choosing to stay in countries bordering Ukraine so they can return home sooner.

Others may have applied but then changed their minds, deciding to travel elsewhere.

And some will be waiting for everyone in their family to receive permission to travel letters or visas before they depart for the UK.

There has been widespread concern about the length of time it has taken for visas to be issued. 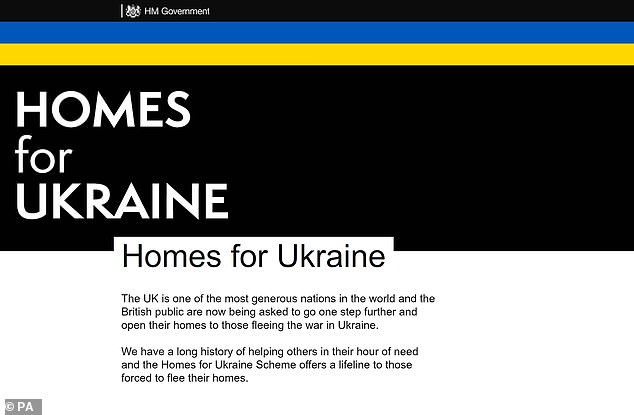 Anxious would-be hosts are to stage a ‘Vigil for Ukrainian Visas’ outside the Home Office in Westminster tomorrow.

Some who applied on the first day the scheme opened have been waiting five weeks for visas to be approved.

One volunteer host planning to take part in the protest said: ‘We’re tired of the “the dog ate your visa”-type excuses the Home Office is using.

‘This time lag will cost lives. I’ve promised my home to a family and every night I worry that I will wake up to the news they will never be coming.’

Refugees minister Lord Harrington has said he wants to get processing times down to 48 hours.