‘I’m begging you, I have four kids’: Harrowing final words of female Uber driver, 38, who pleaded with passenger out on bail to spare her life before he fatally shot her in the head during robbery

A Pennsylvania mother-of-four driving for Uber could be heard begging for her life on das cam footage before her passenger fatally shot her in what police believe was a robbery attempt that took the worst turn possible last Friday.

A transcript of 38-year-old Christi Spicuzza’s pleas were published in a criminal complaint against alleged killer Calvin Crew of Penn Hills, 22, charging him with homicide, robbery and tampering with evidence. The clip of their encounter has not yet been released. Crews is an ex-convict who’d been arrested and bailed on a firearms charge days before Spicuzza’s killing

In the complaint, police said Crew used his girlfriend’s phone, 22-year-old Tanaya Mullen, to order an Uber to 139 Brinton Avenue in Pitcairn around 9.14 pm on February 11, then held a gun, which belonged to Mullen, to Spicuzza’s head and told her to keep driving.

She reached back four seconds after the gun was raised to her head, felt the weapon, and incredulously said ‘you’ve got to be joking,’ according to The Pittsburgh Post-Gazette.

Crew told her again to keep driving, and she told him that she had a family: ‘I’m begging you. I have four kids.’ 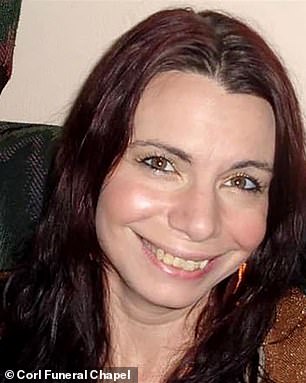 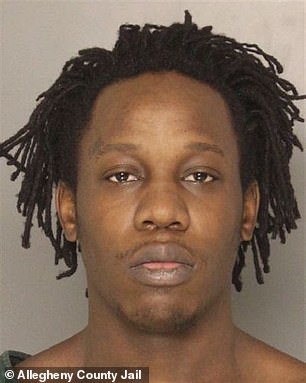 Calvin Crew, 22, allegedly shot Uber driver Christina Spicuzza, 38, in the back of the head after he ordered a ride from her on February 10 – a transcript of dash camera footage from her vehicle shows that Spicuzza begged for her life before Crew grabbed the camera off her dashboard 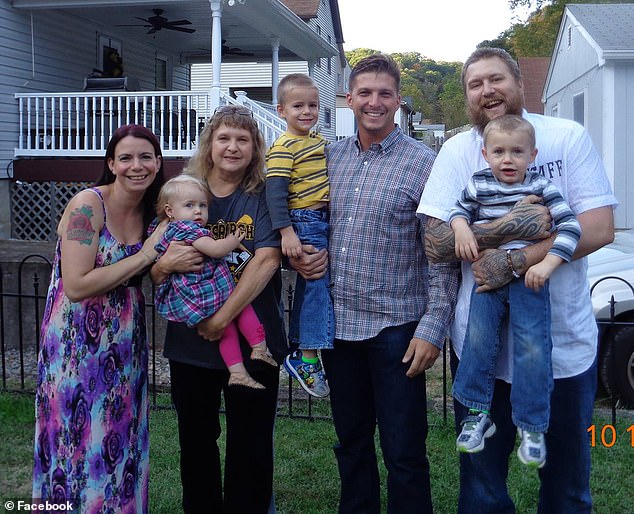 Christina Spicuzza (left), 38, is pictured with three of her four children, two other relatives and her fiance, Brandon Marto (right) in a picture from 2015. Spicuzza was found dead with a single bullet wound to the back of her head on February 12 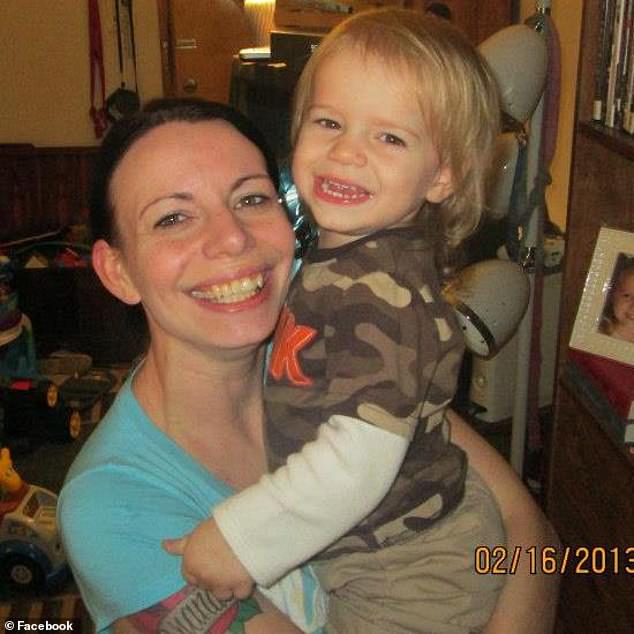 Spicuzza was a mother to four children – Andrea, Drew, Scotty and Tori – who ‘was taken from her family,’ her obituary says 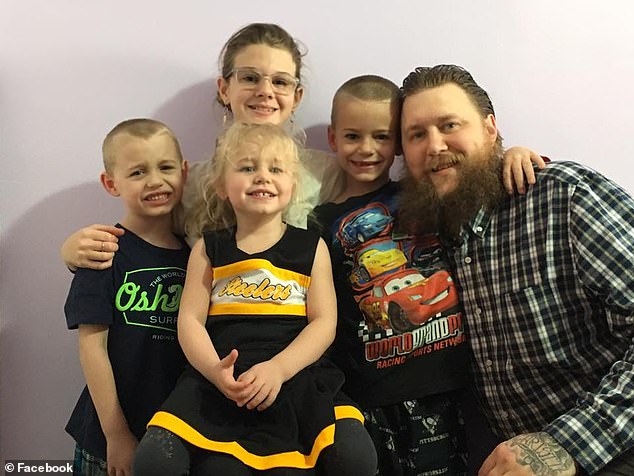 ‘Christi was first and foremost a loving mother,’ her obituary reads 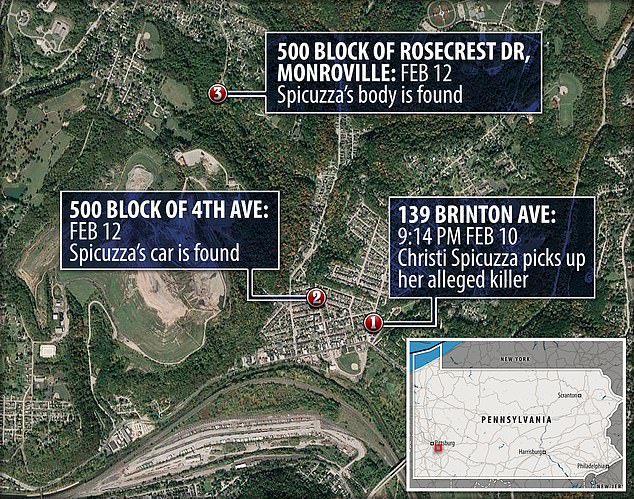 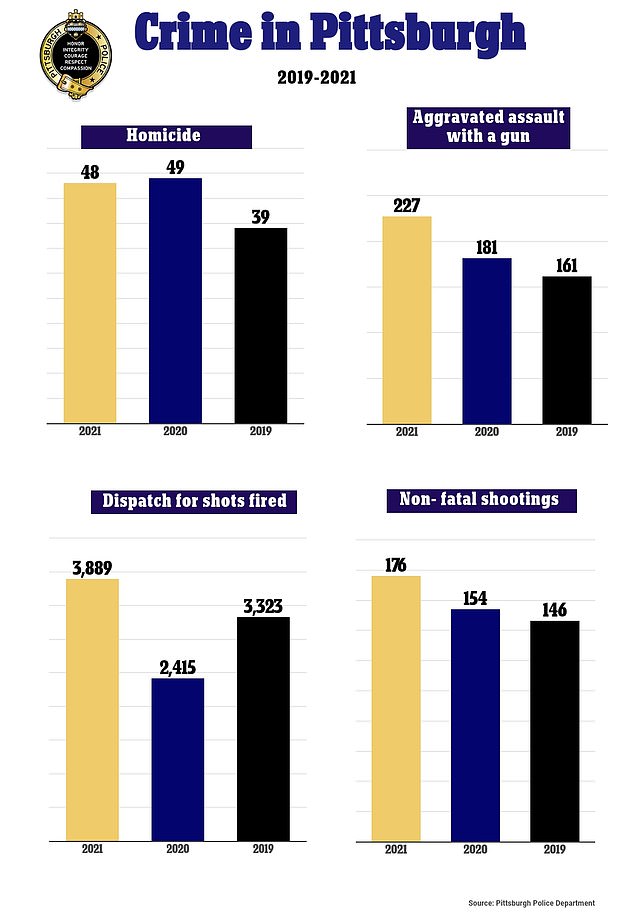 Repeatedly, he told her to ‘complete the trip.’ She asked him multiple times to put the gun down, but he kept it pointed at the back of her neck.

‘Please take that off of me,’ she said. He reached up into the front seat and grabbed her phone from the dashboard, according to the complaint.

‘Do what I say and everything will be all right,’ he told her.

The video cuts after Crew grabs Spicuzza’s dash cam and turns it off, the complaint alleges. It is unclear what happened next, although the ride ended with the driver’s brutal murder.

During the drive, according to the complaint, Mullen of Pitcairn, sent him a message saying, ‘[I’m] not going to jail if we get caught,’ the complaint reads. 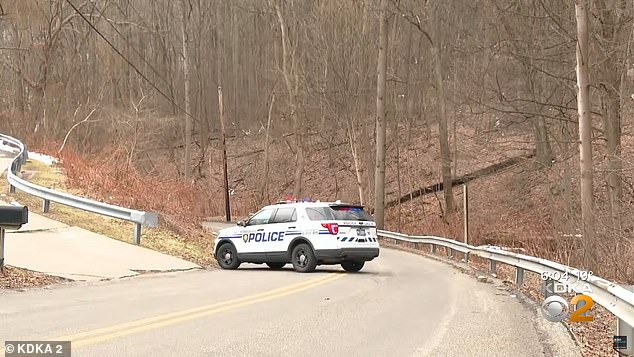 Spicuzza, of Turtle Creek, was found dead with a single gunshot wound to the back of her head and a 9mm shell casing near her body in a wooded area near the 500 block of Rosecrest Drive. Pictured is a police care at the crime scene 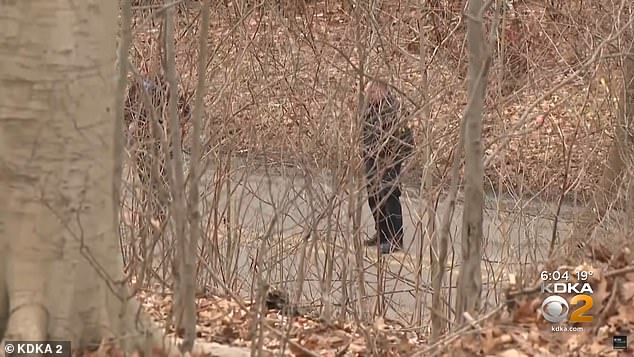 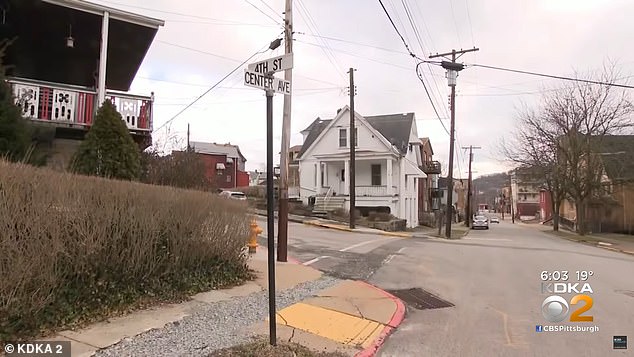 Before her body was recovered, her silver Nissan Sentra was found nearby on the 500 block of Fourth Street in Pitcairn (pictured) with the dash cam missing and her purse still inside

Spicuzza, of Turtle Creek, was found dead with a single gunshot wound to the back of her head and a 9mm shell casing near her body in a wooded area near the 500 block of Rosecrest Drive.

Before her body was recovered, her silver Nissan Sentra was found nearby on the 500 block of Fourth Street in Pitcairn with the dash cam missing and her purse still inside.

Since it was launched on Tuesday, a GoFundMe for Spicuzza’s four children and her funeral expenses has raised more than $50,000.

Spicuzza’s fiance Brandon Marto, who frantically posted to Facebook asking for help after reporting his partner missing on February 11.

‘Im holding out hope that Christi will be home soon, but I’m so scared because inside the car was her purse, and she NEVER NEVER EVER would leave her purse in the car. This pain is unreal,’ he wrote.

Generally, he wrote, she would check in with him every hour while she drove for Uber, but he said he hadn’t heard from her – he said that he put their four kids to bed after their last correspondence around 9 a.m., then awoke at 4 a.m. to discover that she hadn’t reached out. 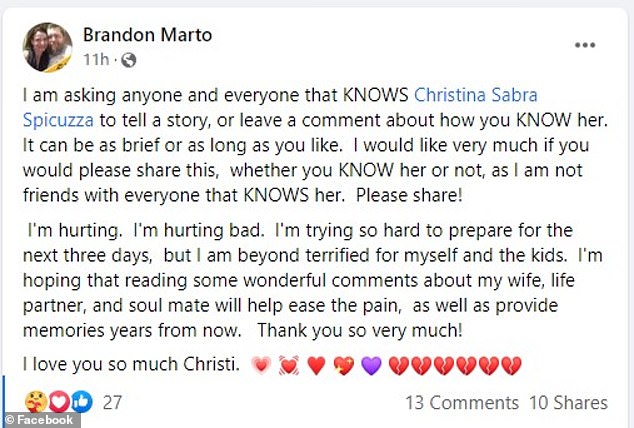 On Facebook, Spicuzza’s fiance Brandon Marto wrote that he was ‘completely broken and horrified.’ But he said that he was determined to get through the painful loss to support his children

‘She ALWAYS checks in with me every hour. ALWAYS. EVERY HOUR,’ he wrote.

‘This is incredibly out of character for her. She would never not check in. And now close to 24 hours later, I would have heard from her if everything was OK,’ he wrote.

Ultimately, Spicuzza’s dashboard camera was recovered one-tenth of a mile from the spot where she picked up Crew, and police viewed the footage from a mini SD card in the camera, which recorded audio and video from the front and back of the car, court paperwork says.

Crew was arrested around 7 pm on February 17th, and arraigned the next day before District Judge Robert P. Dzvonick. He is currently being held without bail at Allegheny County before a preliminary court hearing scheduled for February 25.

It is unclear whether Mullen will face charges.

Crew is an ex-convict who was not allowed to possess a firearm, according to the criminal complaint, due to serious offenses he committed as a juvenile, according to Heavy.

Days before the homicide warrant was filed, on February 15, he was arrested by the Northern Regional Police Department for a felony related to the sale and transfer of firearms and a misdemeanor of falsification to authorities. That case was filed on December 8 for crimes that authorities allege took place on September 10, 2020. 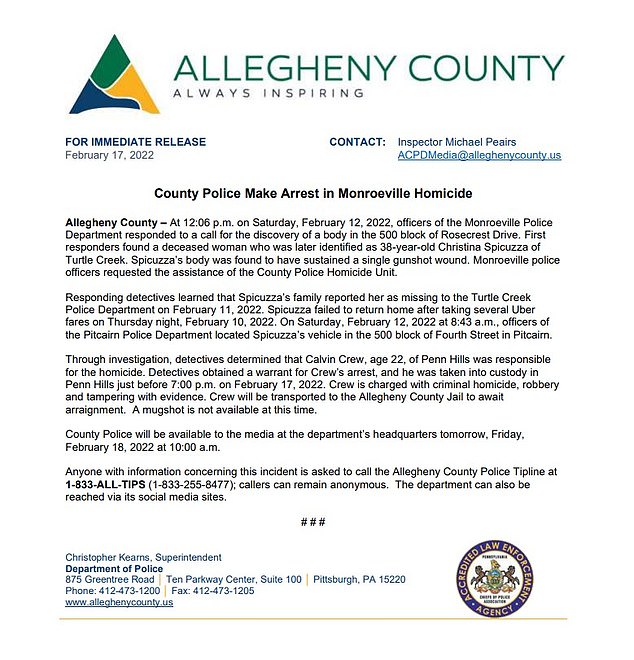 At a press conference, Allegheny County Police Department Superintendent Christopher Kearns said Crew had no prior relationship with Spicuzza, which he said was unusual in a homicide case.

Spicuzza was a mother to four children – Andrea, Drew, Scotty and Tori – who ‘was taken from her family,’ her obituary says.

‘Christi was first and foremost a loving mother,’ the obituary reads.

She is survived by three brothers and a sister, and also leaves behind her parents and other family members. In her free time, she enjoyed crafting and bible study.

‘Anyone who knew Christi knew her smile could light up every room she was in. No matter what was going on in her life, Christi was always smiling, always positive, and always loving,’ her obituary says.

On Facebook, Marto wrote that he was ‘completely broken and horrified.’ But he said that he was determined to get through the painful loss to support his children.

Spicuzza will be laid to rest on Monday, February 21 in her hometown of Monroeville.