Doctors and emergency responders tended to her on the icy snow for almost 10 minutes, before dragging her away from the finish area on a stretcher.

O’Brien, though, was not only “alert and responsive,” according to a U.S. ski team spokeswoman. She was “calm,” “worried about delaying the race,” and “wanted to know how fast she was skiing.”

She was one of dozens of skiers who wiped out of the first Alpine race at these Games, the women’s giant slalom. She entered the second of two runs in sixth place, after a morning run that was “really fun.” She said the hill was “in perfect shape.” She “had no idea” at the time that others, including teammate Mikaela Shiffrin, had failed to finish.

The falls continued throughout the second round of runs, however, and O’Brien’s was the scariest. She lost balance after clipping one of the final two gates. Her skis split, her right knee appeared to bend underneath her at an awkward angle, and she tumbled toward and over the finish line as her skis and poles went flying.

A few dozen feet away, multiple skiers brought their hands to their mouths in horror. Shiffrin, who slipped during her first run, bowed her head and covered her eyes.

O’Brien lay on her side, her lower body motionless, as she shook her helmeted head. Over a dozen venue personnel eventually helped tend to her as the finish area went eerily silent. They wrapped her in blue tarp-like garment and pulled her away from the course so the competition could continue. According to the team spokesman, O’Brien — the third of four U.S. skiers to not finish Monday’s two-run race — was transported away from the venue with team medical staff for further evaluation. 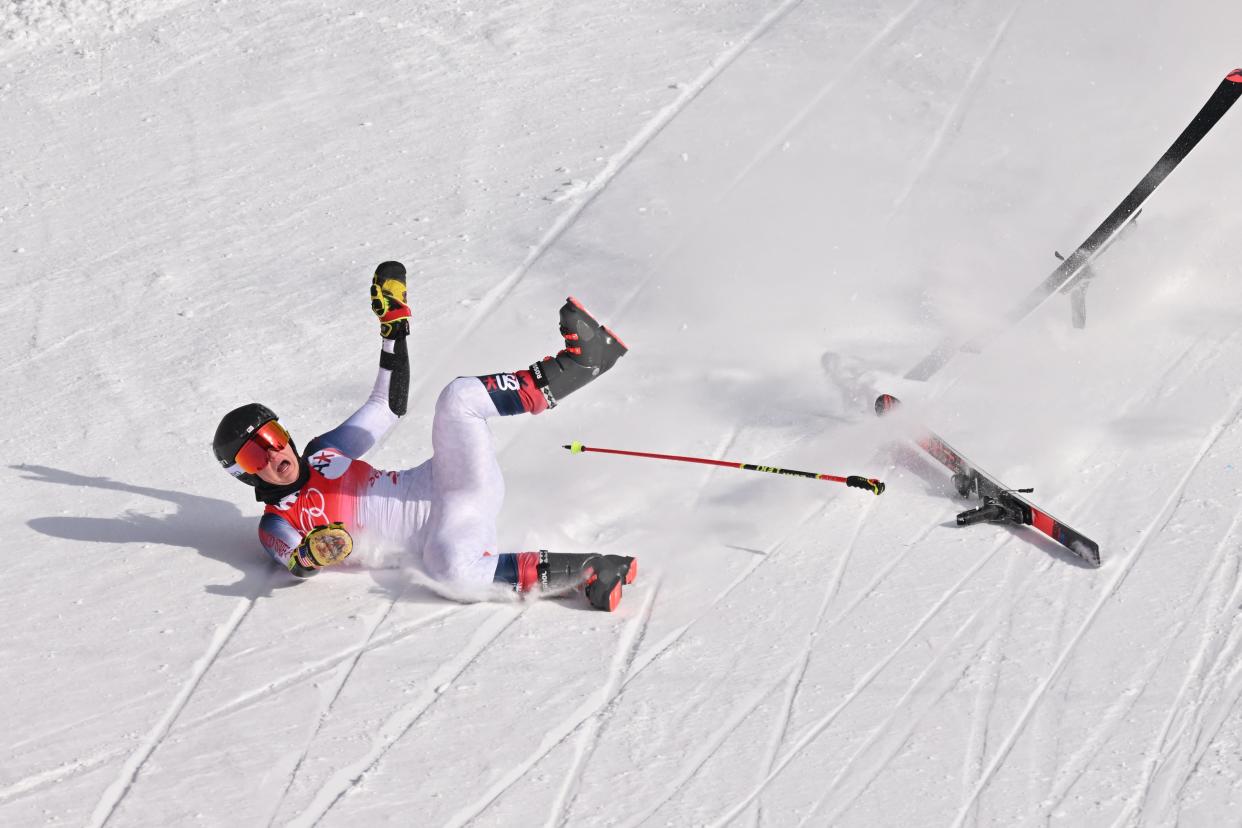