A woman in a superhero costume and a man kidnapped a girl in Alabama and took her to Florida where she was beaten in an abandoned building before being left under a tree.

Molly Michele Jarrett, 19, was wearing a superhero costume and cowboy boots when she was arrested with Coby Jerome Jordan, 22, after the girl they allegedly bound in duct tape was discovered by sheriff’s deputies.

Jarett and Jordan, both from Alabama, took the girl across state lines to Jackson County in Florida on Friday night. There she was beaten and left bound under a tree at some point before dawn.

Sheriff’s deputies were informed by a Jackson County resident at around 6.15am on Saturday November 5 that they had spotted the girl.

‘Deputies found a minor with her hands bound behind her back,’ the Jackson County Sheriff’s Office said.

The girl was rushed to hospital and is expected to survive. 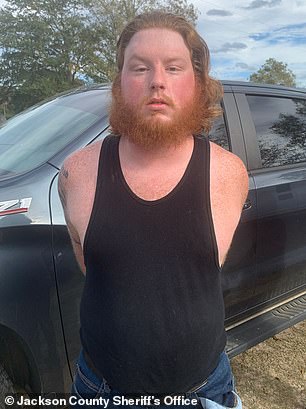 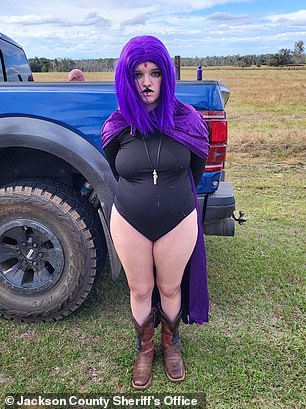 Coby Jerome Jordan (left), 22, and Molly Michele Jarrett (right), 19, were arrested on Saturday by Houston County Sheriff’s the day after they bound and beat a girl in an abandoned building. Jarrett was wearing a superhero costume at the time of her arrest 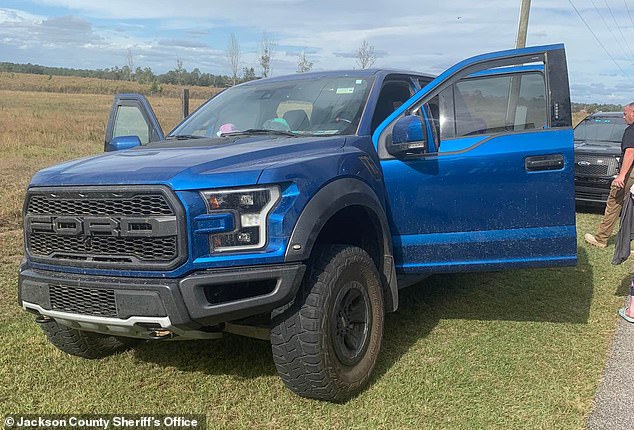 Jerome picked up the teenage girl at some point on Friday evening, deputies said. That night Jordan met up with two females, one of whom was Jarrett.

At around 1am on Saturday morning the girl was taken to an abandoned building in Florida where Jordan beat her and bound her hands and feet. She was later left alone under a tree. 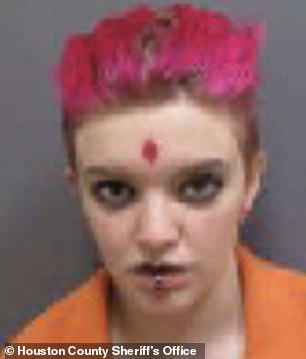 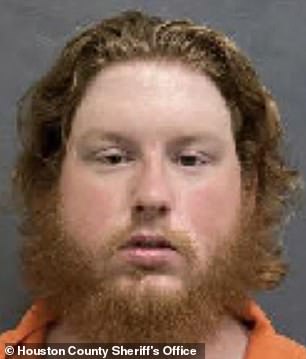 Jarrett and Jordan were arrested later on Saturday by deputies in their native Houston County, back in Alabama. 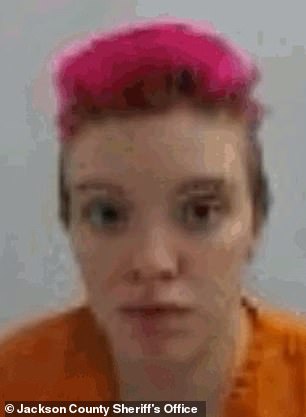 Molly Michele Jarrett, 19, after her make-up had been removed and on being booked into Jackson County in Florida

She is photographed in front of a blue Ford pick-up truck wearing cowboy boots featuring the stars and stripes.

It is not clear why she was wearing that outfit.

Florida court records seen by AL.com list Jordan as living in Dothan, Alabama, and Jarrett in nearby Taylor, also in Alabama.

Jordan faces charges of robbery, false imprisonment, tampering with a victim and battery. Jarrett is charged with assisting Jordan in all of those crimes.

An administrator in the Jackson County Correctional Facility confirmed to DailyMail.com that on Tuesday evening the two remained in the jail.

The age of the girl that was beaten is unknown but Fox News reported that she is a teenager.

Investigators did not say if the suspects knew her before the incident.