The Turkish president has said he wants his country to have its own nuclear weapons and may even start making their own high-tech rockets.

Recep Tayyip Erdogan said his country may start developing their own weapons of mass destruction after being denied advanced bombs by the international community.

Addressing delegates of his ruling Justice and Development Party (AKP), Erdogan blamed US president Donald Trump and his predecessor Barack Obama for not providing Turkey with smart bombs.

He said as a result of US refusal to Turkey’s request for military hardware, Erdogan could be forced to develop the country’s own nuclear bombs, according to Ahval News. 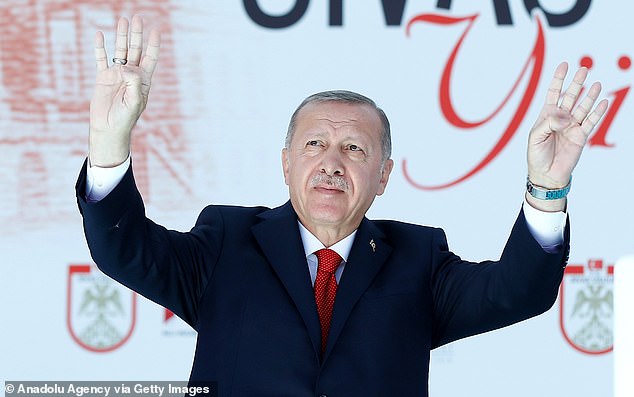 President of Turkey, Recep Tayyip Erdogan, said his country could be forced to develop their own nuclear weapons after the US refused a request for smart bombs

Erdogan said: ‘They say we can’t have nuclear tipped missiles though some have them. This, I can’t accept.

‘We asked for smart bombs from [President Barack] Obama, told him we needed them, but they didn’t give them to us. We’ve asked [Donald] Trump as well, but nothing’s come of it. So we’re making them ourselves.’

Referring to developed countries who have nuclear-powered missiles but oppose others developing them, Erdogan complained Turkey was unfairly treated, according to Anadolu Press Agency.

He added: ‘Some have missiles with nuclear warheads, not one or two. But I would not have a nuclear-powered missile, I do not accept it.’

Turkey signed the Nuclear Nonproliferation Treaty in 1980 and also signed the 1996 Comprehensive Nuclear-Test-Ban Treaty, which bans all nuclear detonations for any purpose. 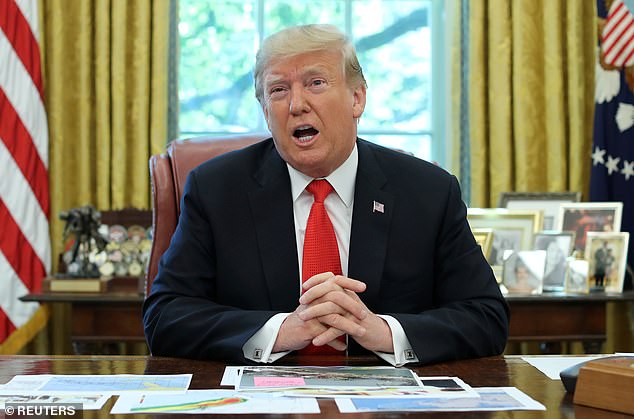 In July Erdogan said he would take delivery of Russian S-400 anti-aircraft missiles, in defiance of US calls to back away from the deal.

Washington reacted to Turkey’s purchase of the S-400, which was delivered in July, by kicking the country off its F-35 fighter jet programme.

The US government is concerned the Russian S-400 system could be used to gather data on the capabilities of the F-35, and that the information could end up in Russian hands.

In response Turkey threatened the rising tensions in the relationship could also put at risk a multi-billion-dollar order for Boeing airliners.

Last month Erdogan raised the issue with President Trump during their meeting at the G20 summit in Japan.

It came as American officials said the US would prevent any invasion from Turkey of northern Syria after Erdogan threatened an attack in the region to push back the US-allied Syrian Kurdish Forces (SDF). 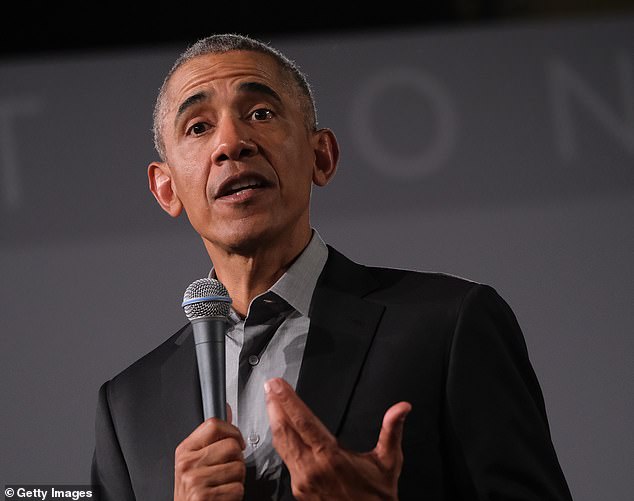 The Turkish president said today he needed more high-tech weapons to maintain ‘the integrity of our homeland’ as Turkey looks to battle Syrian fighters near the border.

Erdogan added: ‘We are declaring the integrity of our homeland in the face of those with separatist intentions [of rebel’s attempts to form new parties].

‘Our movement with the sovereignty of the national will against the centres of tutelage is a fundamental principle.

‘These are the principles of the struggle for survival that we maintain within and outside of our borders.’

Ankara sees the Syrian Kurdish YPG militia as a ‘terrorist’ off-shoot of Kurdish insurgents in Turkey, but the YPG has been a key ally for the US in its fight against the Islamic State extremist group.