President Donald Trump was seen for the first time in days on Wednesday as he and first lady Melania braved the rain to participate in the wreath laying at the Tomb of the Unknown Soldier at Arlington National Cemetery for the observance of Veterans Day.

Trump stepped forward to salute the Tomb of the Unknown Soldier and observe a moment of silence before stepping back under an umbrella as a lone trumpeter played TAPS.

Joe Biden and his wife Jill participated in their own commemoration of Veterans Day by laying a wreath at the Korean War Memorial at Penn’s Landing in Philadelphia, Pennsylvania at the same time Trump held his event in Virginia on Wednesday. 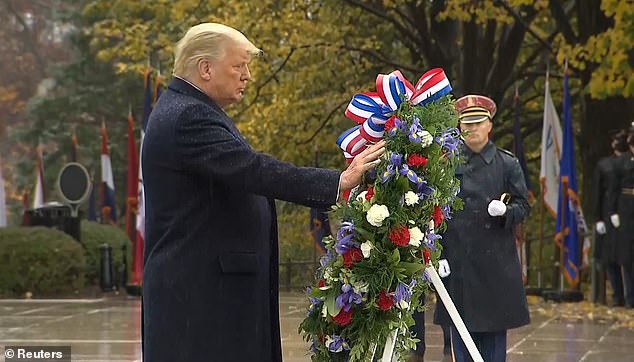 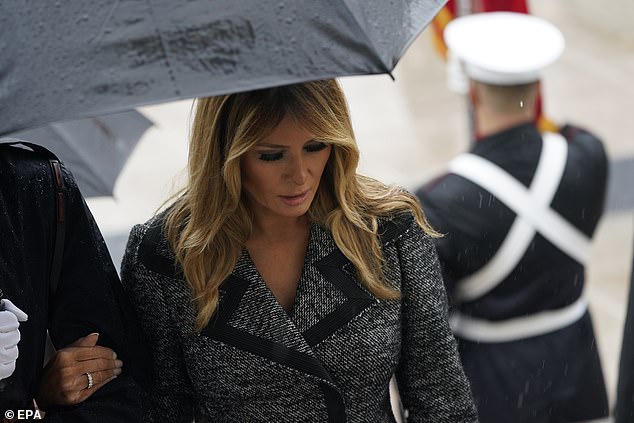 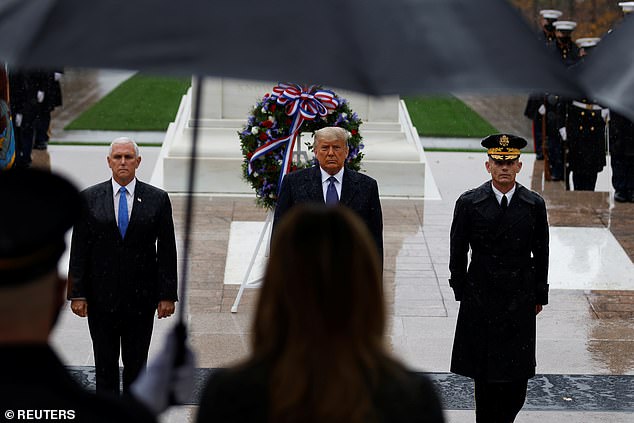 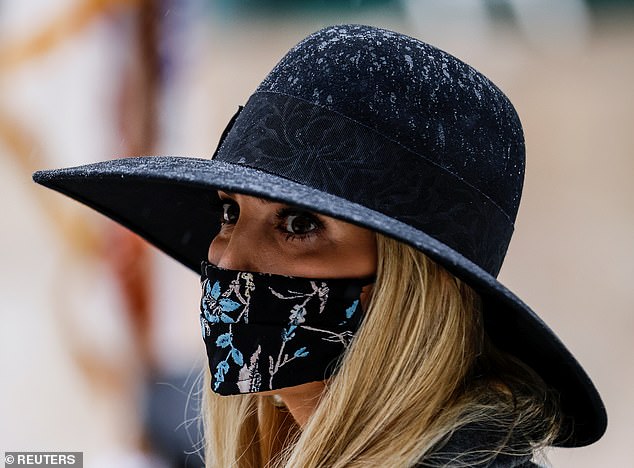 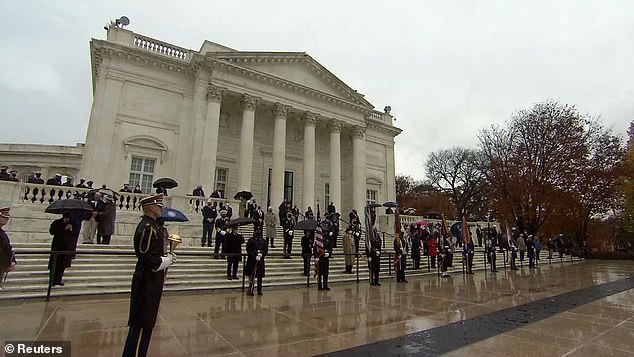 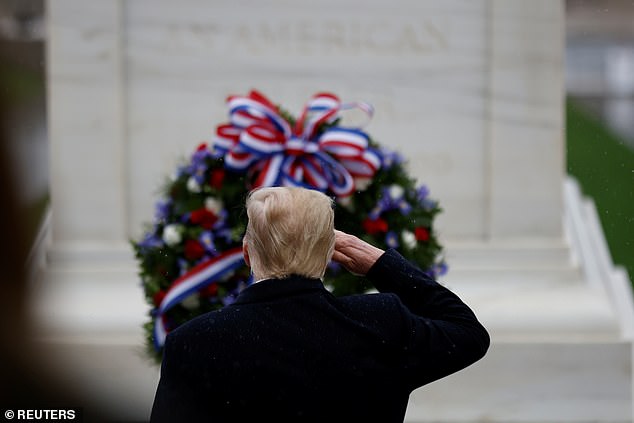 Trump saluted the Tomb of the Unknown Soldier. He has not been seen since the weekend – as major media outlets projected Joe Biden as the winner of the 2020 election

In his Veterans Day proclamation Wednesday morning, Trump touted the work his administration has done to improve veterans’ lives and reiterated his commitments to veterans and military members.

‘As Commander in Chief, I have relentlessly fought to support America’s veterans,’ Trump wrote. ‘For far too long, our Government had not fully met its obligation to provide for ‘him who shall have borne the battle, and for his widow and his orphan.’

‘I recognize that this country and its people are duty-bound to care for our exceptional veterans, their families, and their survivors. That is why, throughout my time in office, I have worked tirelessly to improve the health, welfare, and economic prosperity of these treasured people,’ he continued.

Trump also lauded his moves as president to overhaul the Department of Veterans Affairs, including increasing funding and giving them the choice to receive care from local healthcare providers.

He said another accomplishment within the VA was ‘removing employees who were not giving our veterans the care and attention they deserve and making the agency more accountable to the heroes it serves.’

The wreath laying Wednesday morning is the first time Trump has been seen since Sunday as he has not held any public events or had anything on his official presidential schedule the past few days as he continues to claim he won the presidential election despite projections showing Joe Biden as the victor. 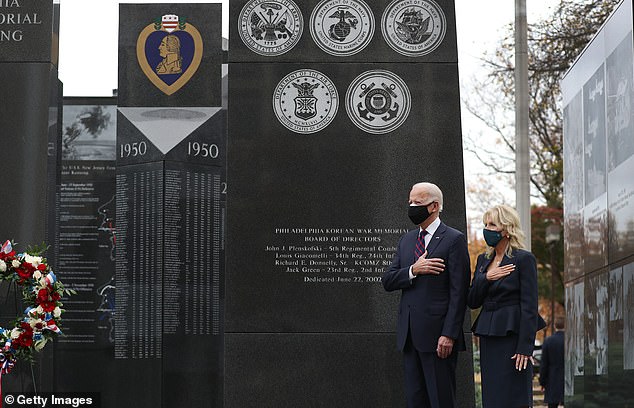 President-elect Joe Biden and his wife Jill also participated in a wreath laying to commemorate Veterans Day on Wednesday in Philadelphia, Pennsylvania

Since then Trump has not addressed the nation other than via Twitter and has not conceded to Biden.

He did, however, emerged from the White House Saturday and Sunday for two separate rounds of golf at his club in Sterling, Virginia.

Biden, on the other hand, has been holding public events daily and has made several public statements since Saturday, when major media outlets projected him the winner of the presidential election.

Trump’s only significant presidential action since the election has been abruptly firing Defense Secretary Mark Esper, which he announced on Twitter.