President Donald Trump’s effort to settle on a campaign slogan for his reelection campaign has been complicated by the coronavirus crisis and repeated street clashes.

The president has repeatedly tried out the fresh ‘Transition to Greatness’ – a statement born of the grim reality of the start of the coronavirus outbreak. He has repeatedly said there would be improvement in the summer and then a boom in the fall and next year.

With polls showing nearly two-thirds of the country thinks the country is on the ‘wrong track,’  Trump has also brought back his ‘Make America Great Again’ slogan. His campaign’s online store leans heavily on the ‘Keep America Great’ slogan, which Trump rolled out after consulting advisors and then polling large campaign rallies before the outbreak.

Trump famously wore a red Keep America Great Again hat while touring the Centers for Disease Control along with top health official in March. But its prominence might not last.

Some Trump campaign officials told The Washington Post that  both ‘Keep America Great’ and the president’s insult for rival Joe Biden, ‘Sleepy Joe,’ are expected to be less prominent going forward. ‘When the president decides, there will be a new slogan and there will be new ads,’ a campaign advisor told the paper, which examined the array of slogans Trump is sifting through. 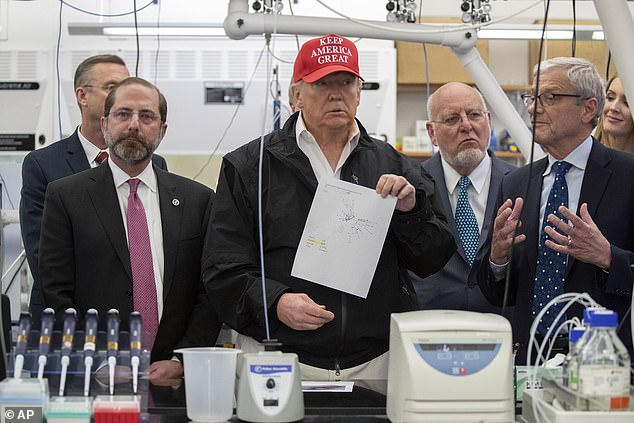 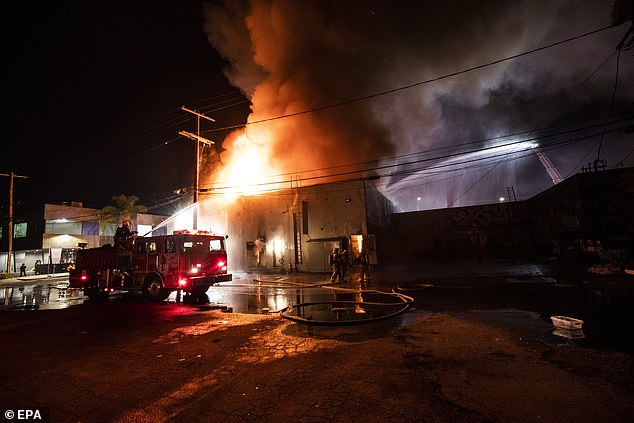 Firefighters put out a fire in a looted store set on fire on Melrose during curfew as thousands of protesters take the street to demonstrate following the death of George Floyd, in Los Angeles, California, USA, 30 May 2020 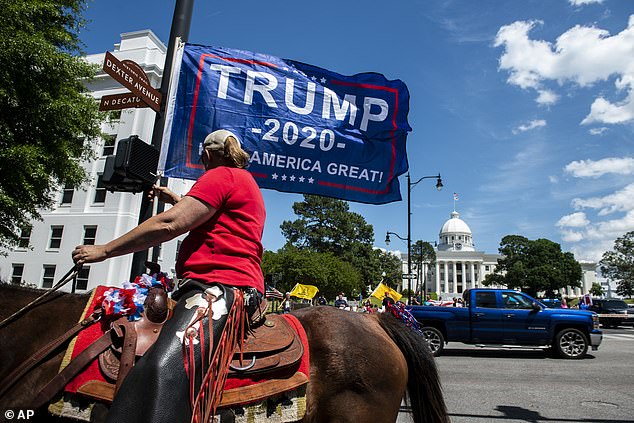 Reopen Alabama protestors drive by on Dexter Ave. in downtown Montgomery, Ala., on Tuesday, April 21, 2020 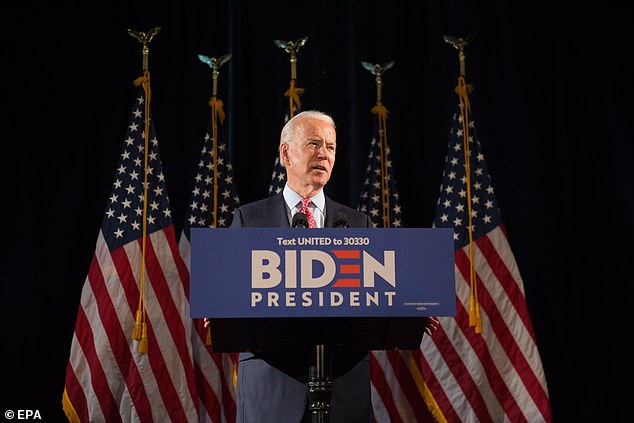 Trump regularly mocks rival Joe Biden as ‘sleepy Joe’ and ribbed him for staying home during the pandemic, and for doing interviews from the basement of his Delaware home 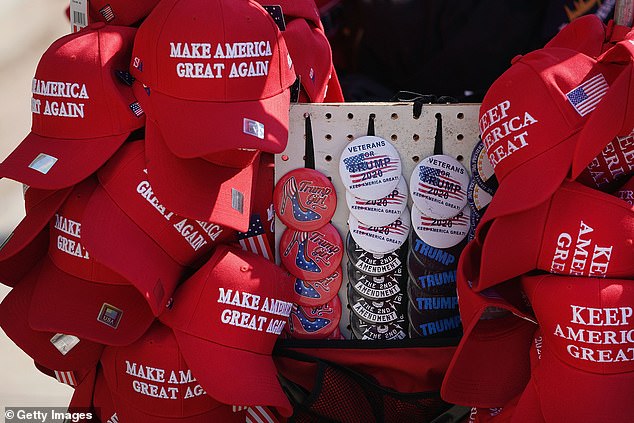 GRAND RAPIDS, MICHIGAN – MARCH 28: A vendor sells merchandise before the start of a rally with President Donald Trump at the Van Andel Arena on March 28, 2019 in Grand Rapids, Michigan 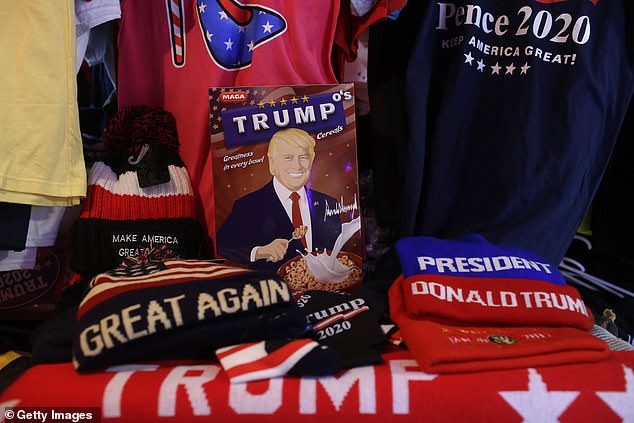 Merchandise is displayed inside a recreational vehicle before a rally held by U.S. President Donald Trump’s on January 14, 2020 at UW-Milwaukee Panther Arena in Milwaukee, Wisconsin 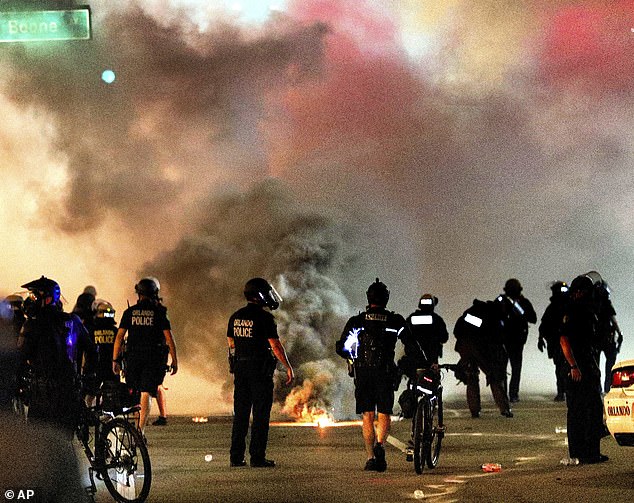 Trump has also plucked popular culture from his youth to mine possible phrases for the stump, as he has done with ‘The best is yet to come,’ the title of a tune recorded by Frank Sinatra in 1964.

‘Ladies and Gentlemen, the best is yet to come,’ Trump told screaming fans at the annual CPAC conference earlier this year right before the full force of the coronavirus outbreak hit.

The challenge facing Trump’s campaing is to find the right turn-of-phrase at a time of national upheaval, the pandemic, and high unemployment, in a dramatic turn from just a few months ago.

Trump met with his campaign team Thursday, at a time when swing state polls and national polls show the headwinds he is facing. A new CNN/ORC poll released Monday had Trump trailing Biden 41 to 55 after a dramatic week, although that is a considerably worse position than polling averages.

Trump hit back on Twitter, writing: ‘CNN Polls are as Fake as their Reporting. Same numbers, and worse, against Crooked Hillary. The Dems would destroy America!’

He also again swiped at the media, claiming it downplayed Friday’s unexpectedly strong economic numbers and a drop in the unemployment rate.

‘The Lamestream Media refuses to talk about our Country’s record setting Jobs Numbers, which are indicating GREATNESS, and soon!’ Trump wrote.

Trump used the ‘transition’ phrase on Friday while touring a medical products factory in Maine, following the new jobs report.

‘I call it “transition to greatness,” but it’s coming a little earlier than I thought, and that’s okay,’ Trump said.