PRESIDENT Donald Trump will deploy federal agents to Chicago to crack down on violent crime as part of his expanded "Operation Legend" initiative.

Trump claimed on Wednesday that the "bloodshed" in crime-ridden cities like Chicago "left him no choice" but to deploy federal agents to help. 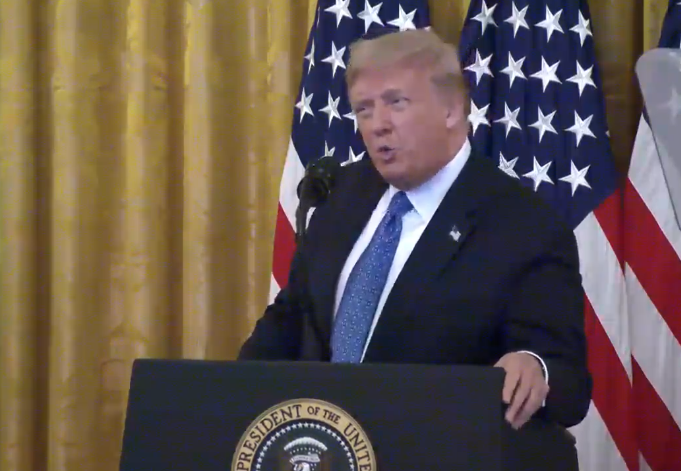 "We'll work every single day to restore public safety and protect our nation's children and bring violent perpetrators to justice."

The president also said that he'll soon send federal law enforcement to other cities that are "too proud" or "too political" to ask for the help they want like Albuquerque, New Mexico.

The recent movement to defund local police forces has led to a "shocking explosion of shootings, killings murders, and heinous crimes of violence", Trump said.

He railed against the "extreme politicians" who have "relentlessly vilified" cops and who supported the Defund Police movement, which he described as an "anti-police crusade."

Operation Legend involves sending federal law enforcement agents to help local police combat what the Department of Justice has described as a "surge" of violent crime.

The program's expansion is not related to the paramilitary-style response of Homeland Security agents to control civil unrest in Oregon, a Justice Department official told Reuters on Wednesday.

Agents from Operation Legend will be sent to Chicago to work with Mayor Lori Lightfoot and local police, and Albuquerque, New Mexico will also be getting extra agents, according to the Chicago Sun-Times.

The "Operation Legend" program involves officials from the FBI, US Marshals Service, and other federal agencies partnering with local law enforcement.

The president has enforced a "law and order" policing approach in response to national protests spurred by the death of George Floyd in Minneapolis.

He has repeatedly threatened to "straighten things out" in Democratic-led cities like Portland, which has seen 55 days of nightly protests and sometimes violent clashes between police and Black Lives Matter protesters.