London: Hillary Clinton says Donald Trump created an anti-American cult devoted to attacking the norms of American society, a movement which enjoyed strong support in both the mainstream and online media.

Clinton said that US President Joe Biden is trying to “separate” Trump’s followers from the former president in his bid to unite Americans, 74 million of whom voted for Trump. The ex-president has not ruled out running again in 2024. 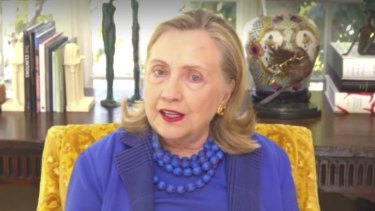 “That is our principal political challenge right now,” she said.

“And why I think Biden is approaching it in exactly the right way is because he’s trying to separate Trump the demagogue from the Americans who may have bought into his slogans and his reality television performances.”

The former US Secretary of State lost to Trump – who campaigned on a platform of America First – in 2016 and was famously criticised for labelling Trump’s supporters as a “basket of deplorables.”

She declined to say if she felt “vindicated”.

“Well, I don’t think about it that way,” she said. “I am profoundly saddened by what he has catalysed and the allies that he has in certain parts of the media, both traditional and online – the way he has in effect, created a cult against the fundamental values and norms of the United States. ” 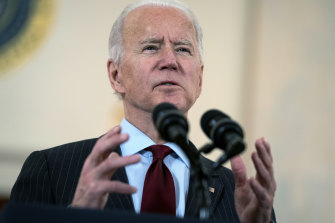 Clinton says President Biden is trying to separate Trump from his followers.Credit:Evan Vucci

She said that while she warned Trump was a danger to the American people if elected, she never imagined the former President would go so far as to incite the January 6 insurrection, when a mob stormed the US Capitol in a rampage that left five dead, including a police officer.

Many of the rioters were hunting for Mike Pence who refused to obey Trump’s wishes to not certify Biden’s election win, as the vice-president is obliged to do under the US Constitution. Some had erected gallows outside the US Capitol and were also actively hunting down House Speaker and Democrat Nancy Pelosi.

“Even I don’t pretend to have imagined that he would incite a riot and an attack on our Capitol in an effort to reverse an election he clearly lost,” Clinton reflected. 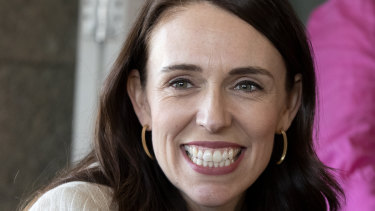 “It’s of no comfort to me that I and others warned about him because the damage that he’s done is so profound.”

“Now we’re cleaning up after that … we’re digging ourselves out of that,” Clinton said.

Clinton was speaking – via video link – to the Global Soft Power summit hosted by the London-based firm Brand Finance, which released its second Global Soft Power Index on Wednesday AEDT, showing a collapse in the US’ standing from first to fifth place.

Clinton said Biden was already repairing some of the damage Trump had caused to America’s standing abroad, by rejoining the World Health Organisation and Climate Paris Accord, at the same time as trying to speed up the domestic vaccination program.

“He’s trying to move on all fronts at once,” she said. “So I think that the next six months, with steady leadership, will stabilise our country.”

The same Index showed Germany claiming the top spot from the US while Australia became the only new entrant into the top ten. However, New Zealand, propelled by Jacinda Ardern’s popularity and her elimination of COVID-19 from her country’s shores, was the biggest climber in the index.

Clinton repeated her claim that women leaders had been proven to manage coronavirus better and said that Ardern and Germany’s Angela Merkel were successful, in part, because they both tended to shun the perks of power, unlike many male leaders. 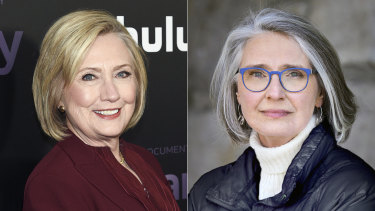 Former secretary of state Hillary Clinton and author Louise Penny., with whom she is co-writing the novel “State of Terror”.Credit:AP

“There’s just very little of the trappings of power and perks that too often go with leadership in the world.”

“Those two women, and there are others obviously, have been proven right in the way they dealt with some terrible challenges.”

She said women who made it to the top of their fields were often successful because they had had to engage emotional intelligence and adopt a collegial approach to overcome lingering sexism and bias.

Clinton is co-authoring a political thriller with Canadian mystery writer Louise Penny and revealed that she will draw heavily on her career as Barack Obama’s secretary of state and as the Democratic presidential nominee five years ago.

“We’re trying to provide a sense of reality about the hard decisions that face the secretary of state – a president and the damage that you inherit from those who do not pay attention to what needs to be tended around the world.”