As the nation is still mourning the death of iconic Supreme Court Justice Ruth Bader Ginsburg, the Trump campaign has decided to launch a “Fill That Seat” T-shirt, a reference, of course, to replacing Ginsburg on the bench.

The t-shirt echoed the shouts that broke out during Trump’s campaign rally in Fayetteville, N.C. on Saturday, as Trump vowed that he would push a nominee to replace Ginsburg, NPR reports.

“That’s what we’re going to do. We’re going to fill that seat!” Trump said, encouraging his supporters to print the phrase on T-shirts.

Apparently, his re-election campaign was one step ahead of him, with the graphic tee depicting the White House as well as the Trump campaign slogan, “Make America Great Again.”

The impeached president also told supporters that his Supreme Court pick will be a woman, noting, “I actually like women more than I like men.” 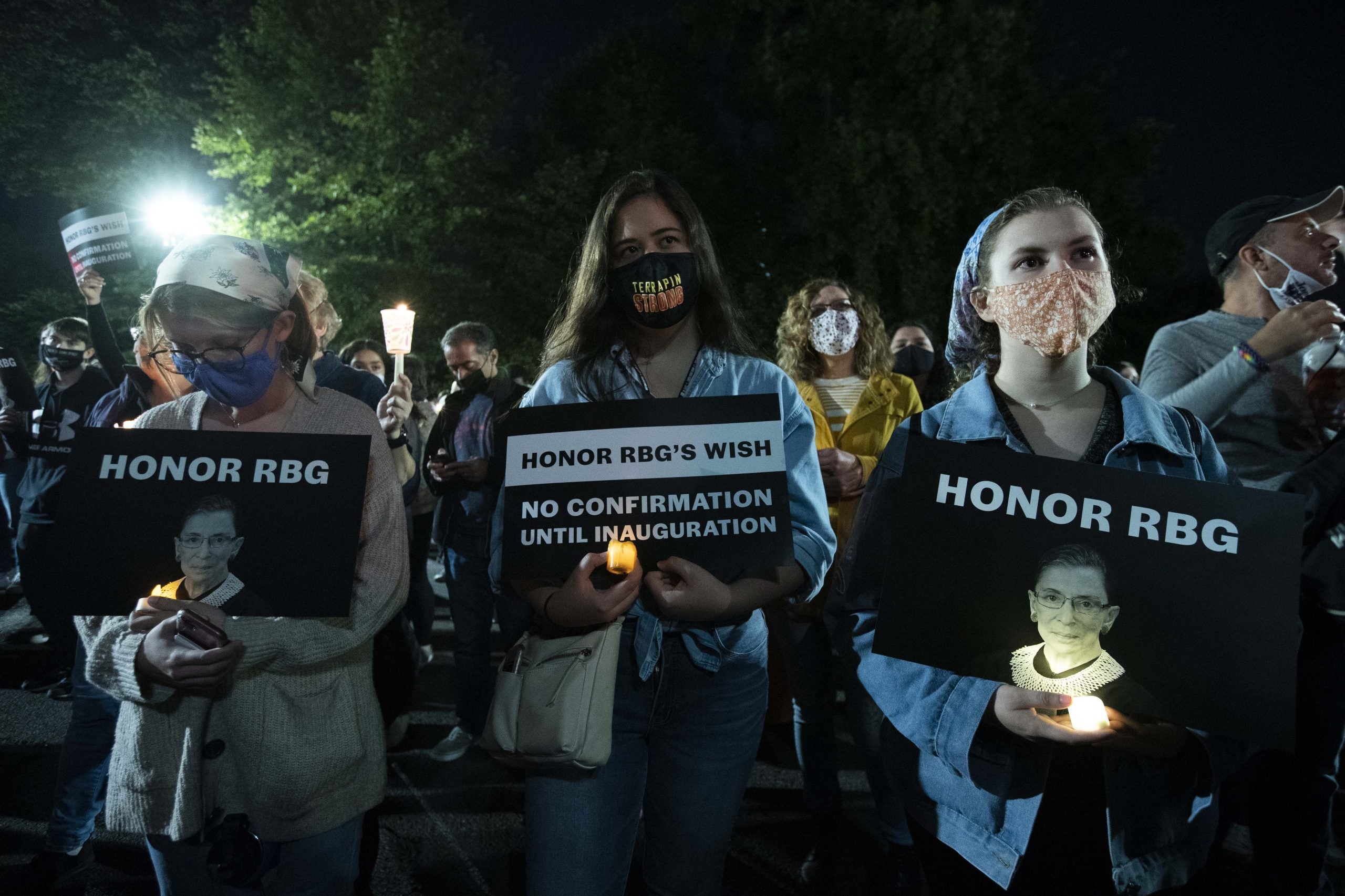 “It will be a woman, a very talented, very brilliant woman,” Trump then announced.

Trump then announced on Monday that he will likely announce his final pick on either Friday or Saturday, noting that “we want to pay respect.”

“It looks like we will have probably services on Thursday or Friday, as I understand it,” he said. “And I think the respect we should wait for the services to be over for Justice Ginsburg. So we’re looking at probably Friday or maybe Saturday.”

Republicans have been clamoring and pushing for Trump to replace Ginsburg shortly after news of her death broke. Senate Majority Leader Mitch McConnell tweeting out that “The Senate and the nation mourn the passing of Justice Ruth Bader Ginsburg and the conclusion of her extraordinary American life,” while also releasing a statement signaling why exactly Trump’s nominee to the court will receive a vote on the floor of the Senate, despite being so close to the election, and despite outcries of hypocrisy due to McConnell’s previous handling of the same proceeding after Justice Antonin Scalia’s death in 2016.

Mere days before her death, Ginsburg dictated a statement to her granddaughter, making her wishes on the matter clear, “My most fervent wish is that I will not be replaced until a new president is installed.”