Tributes have been paid to an ‘amazing and loving father’ who was killed in front of his daughter when a falling tree crashed into his houseboat.

Paul Welch was crushed to death by the falling oak after neighbours described a sound like a ‘massive earthquake’ as it crashed into the boat.

The boat’s owner Lee Moody and his girlfriend, who held Paul’s head above the rising tide as he lay in the wreckage, made desperate efforts to save him.

Emergency teams rushed to the scene at Sailors Creek, near Falmouth, at around 5.30pm on Saturday after the tree fell onto a houseboat and killed father Paul Welch, aged in his 50s

Emergency services, including an inshore lifeboat, were called out to Sailor’s Creek, near Flushing, Cornwall, at 5:45pm on Saturday.

Paul, who was in his 50s, was brought to the shore by the rescue teams and treated at the scene but was later pronounced dead.

Devon and Cornwall Police said officers were currently treating his death as a ‘tragic accident’ and a file was being prepared for the coroner.

At the time of his death he had been living with his family near Rame, Cornwall.

He said: ‘The tree fell completely down and smashed our boat up and took our mast down. 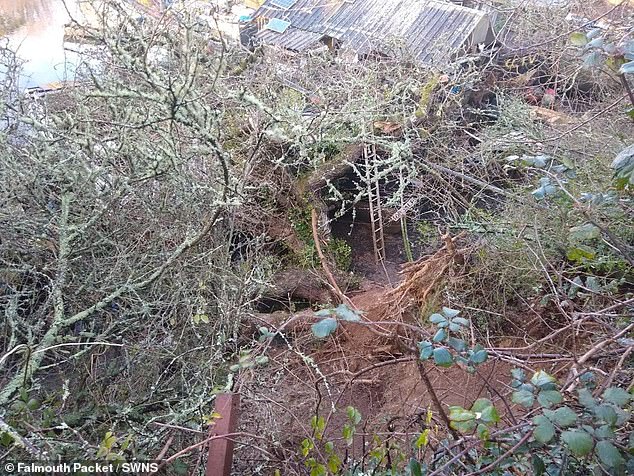 ‘It was like a massive earthquake, then a massive smash. It was a massive oak tree that came down.’

Lee and his girlfriend were in the boat at the time of the tragedy, which was also witnessed by Paul’s young daughter

Mr Moody said: ‘I couldn’t get down to help, so my girlfriend went down and was trying to save him with the tide coming in, trying to hold his head up out of the water.

‘It was coming in around him, he was all crushed. He had his daughter watching it all.’

Mr Moody said neither he nor his girlfriend were injured, but she was really ‘cut up’ about what had happened.

Pictures showed a massive oak tree crashed more than 20 feet down a steep embankment by the public footpath onto the boat below. 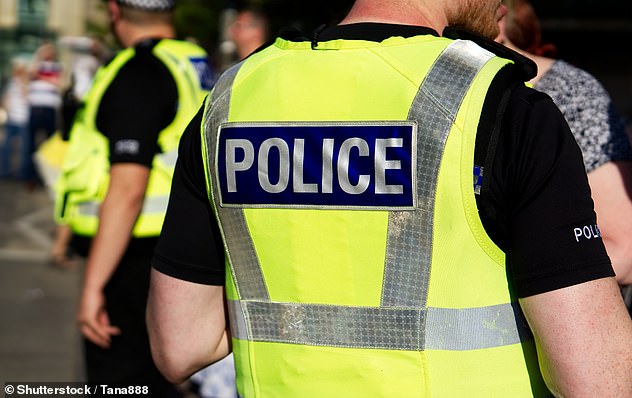 Another eyewitness, who did not want to be identified, said he was in his boat when he heard a ‘shattering’ crash.

He ran up the embankment and could hear lots of shouting and people with torches.

He said a number of trees had fallen down on the houseboats over the years with one even falling on his.

Tributes have been paid to Paul.

Brett Jackson wrote on Facebook: ‘Paul was an amazing, gentle man and a loving father who will be badly missed by our community.’

Police say they were called by the fire service following reports that a tree had fallen and a man on the beach had been injured.

Coastguard and the RNLI Lifeboat also attended the scene and the man was brought to shore where he was seen by paramedics.

Devon and Cornwall Police said: ‘At this time the death is not being treated as suspicious, but as an accidental death. We are carrying out enquiries and in due course a file will be prepared for the coroner.’

Accident scene investigators later moved onto the site to try and work out what happened and asked for locals to avoid the area.

Anyone who witnessed the incident and anyone with information is asked to contact police on 101 quoting log 617 02/01/2021.