‘Fasten your seat belts, folks!’ How the trial of a former Minneapolis police officer charged with the murder of George Floyd is already a crazy TV circus

‘Fasten your seat belts, folks!’ exclaimed the excited television presenter. ‘Our teams will be live for every moment.’

If viewers had not known otherwise, they might have thought they were watching the build-up to a Super Bowl final.

But this was Court TV – and what was being shown was live coverage of the most compelling trial in the United States this century: a former Minneapolis police officer charged with the murder of George Floyd.

The death of Floyd – an African-American man begging for breath as the white officer kneeled on his neck – led to nationwide protests, global outrage and galvanised the Black Lives Matter movement.

At first, it seems disquieting that such a high-profile court battle is being covered with a pizzazz more suited to a major sporting event or even the Oscars. 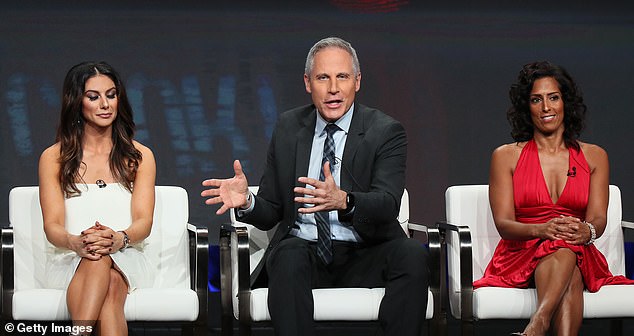 Britain, after all, has laws stopping the media from reporting the jury selection process, judges’ jocular pre-trial asides or showing crucial video evidence before it is presented in court.

But they do things differently in the States, and Court TV’s ‘gavel-to-gavel coverage’ of ‘The Trial Too Important To Miss’ – available online in this country – offers fascinating insight into American justice.

Over the past few days, Judge Peter Cahill has been probing a diverse group of potential jurors – male and female, black and white, young and old – over their suitability to sit in his Minneapolis courtroom.

Peering out from behind his Covid mask and spectacles, the grey-haired judge in his black robe asked about their careers, families, attitudes to the police and responses on a 16-page questionnaire each had completed.

‘This is the most historic case of my lifetime and I would love to be a part of it,’ said Potential Juror 52, a black man in his 30s who works in banking. He was selected.

Yet others, none identified on camera, spoke of fear. One described himself as a Christian family man and wondered whether his home would be attacked if picked to sit on the panel. 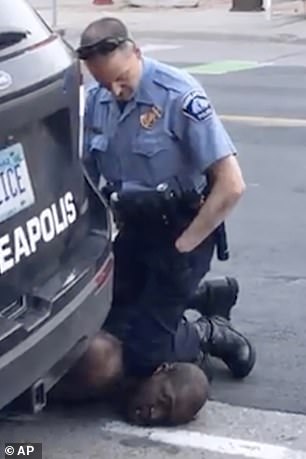 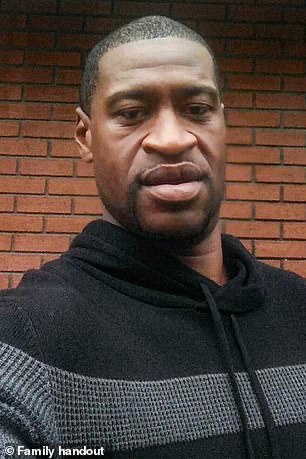 In the dock charged with murder and manslaughter is Derek Chauvin, the 44-year-old former police officer who was filmed last May with his knee on Floyd’s neck

Another man said his first thought on receiving jury service notice was ‘deep breath, running my fingers through my hair, swearing,’ then his nerves grew worse after seeing heavy fortifications at the courtroom.

He added: ‘Whichever way this case is decided, a lot of people are going to be angry.’

He is right. For this is a potentially explosive trial and the circus has already started with lawyers who will soon be celebrities jousting over jury members.

As Court TV’s sharp-suited silver fox Vinnie Politan – an ex-prosecutor who has gone prime time as their star presenter – repeatedly reminds viewers: ‘The death of George Floyd…transformed… this… nation.’

In the dock charged with murder and manslaughter is Derek Chauvin, the 44-year-old former police officer who was filmed last May with his knee on Floyd’s neck.

So first the horror show, now the tense trial – and it marks a huge moment for a nation bitterly divided over race, crime, politics and policing.

And just like Floyd’s fatality, the courtroom drama is playing out on cameras, computers and TV screens, placing not just an American ex-cop but the nation’s entire system of justice, even its history of racism, on trial before the world. 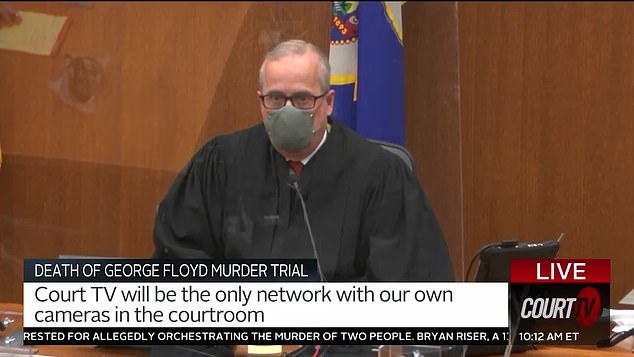 Peering out from behind his Covid mask and spectacles, Judge Peter Cahill in his black robe asked about potential jurors careers, families, attitudes to the police and responses on a 16-page questionnaire each had completed

For this is also Court TV’s big moment, after winning a legal fight to let in cameras in a state with some of the toughest US restrictions on televising courts.

They are offering ‘your front row seat to justice’, promising ‘our teams will be live for every moment inside THAT courtroom’ with their ‘insights, perspective and analysis’, even if some of the banal punditry makes the plodding Alan Shearer look incisive on Match Of The Day.

The Atlanta-based channel, which began in 1991 but made its name four years later with the OJ Simpson murder trial, has mobilised its entire 75-strong editorial staff to work on the case in anticipation of another huge hit.

Although the trial’s formal opening statements are not until March 29, the preliminary blanket coverage with jury selection, rulings on witnesses and even debate over the trial location has been riveting.

I watched as a potential juror, Number 91, a retired black woman with a degree in child psychology, was quizzed over voluntary work with disadvantaged children and then told by Judge Cahill that she had passed selection and made the team.

Court TV presenter Julie Grant turned to Eric Rudich, the station’s jury specialist, for his opinion. ‘We like to say there is no perfect juror,’ he responded gravely. ‘I think she is even-handed.’

The pair analysed the juror’s psychology studies, her answers on the media, her coolness under questioning and her claim that she had not watched the infamous video of Floyd’s death.

‘That could play well for both sides,’ opined Rudich.

Like other jury candidates, this grandmother was asked about her view of Black Lives Matter. ‘I am black and my life matters,’ she responded firmly. Yet intriguingly, she revealed also that she has a relative serving in the local police.

There was great excitement over Juror 89, a white cardiac nurse in her 50s. ‘We’ve got Number Ten!’ exclaimed Grant. ‘We’re getting closer to hearing this case.’ 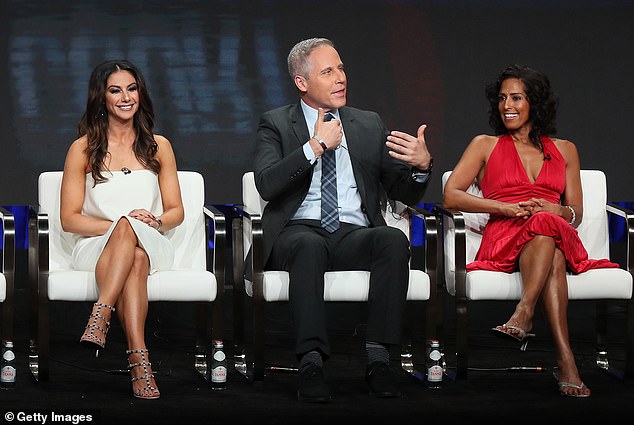 Although the trial’s formal opening statements are not until March 29, the preliminary blanket coverage with jury selection, rulings on witnesses and even debate over the trial location has been riveting

The host said that she thought nurses make great jurors because ‘they are so smart and strong, so clinical’, before turning back to the channel’s jury pundit. ‘Is that your experience?’

Rudich – a social psychologist who has advised on more than 500 cases – replied that a nurse might be ‘predisposed to lean towards the prosecution’ and that her clinical experience could ‘feed into deliberations, influencing other jurors.’

Grant, 38, describes herself as a trial expert, former prosecutor, award-winning journalist, ‘encourager’ and retired pro cheerleader on her Twitter profile.

Needless to say, these presenters have active social media profiles. She shares cute pictures of her cat on Instagram, posts feelgood quotes such as ‘Everyone smiles in the same language’ and name-checks her make-up artist while saying ‘Glam is giving me life!’

Meanwhile, her colleague Politan’s pinned Twitter post (fixed deliberately at the top of a user’s tweet stream to ensure attention) reads: ‘IS THE THONG ILLEGAL. Imagine being detained & handcuffed by Police on a beach in the summer for wearing a Thong… it happened… tell me and EXPLAIN your thoughts about who is right and who is wrong on this one! The local laws prohibit nudity…’

Yet for all the hype and hysteria, it is absorbing to see what has been dubbed ‘the trial of the century’ unfold in real time.

It is also reassuring to observe the decency and honesty of most ordinary Americans pitched into this toxic maelstrom as potential jurors, suddenly tasked with such a weighty decision for their country.

It hinges on one key question: why did Floyd die after police stopped him for allegedly passing a counterfeit $20 note in a nearby store? Was it because of lethal force used by an over-aggressive officer, or more down to Floyd’s poor health, inflamed by smoking and heavy drug use?

Their crucial verdict will have seismic consequences for a troubled country since the case delves deep into the heart of the American soul, and it will be watched by not just the gripped nation but the entire world.