This is the moment two burly travellers come to blows over a long-running family feud.

There is a bitter feud between the Joyce and McDonagh families dating back to 1992.

It has sustained due to, most recently, trash talk on social media. In the video one of the fighters turns to the camera and lines up his next opponent who appears to have been making rude comments about his ‘family’. 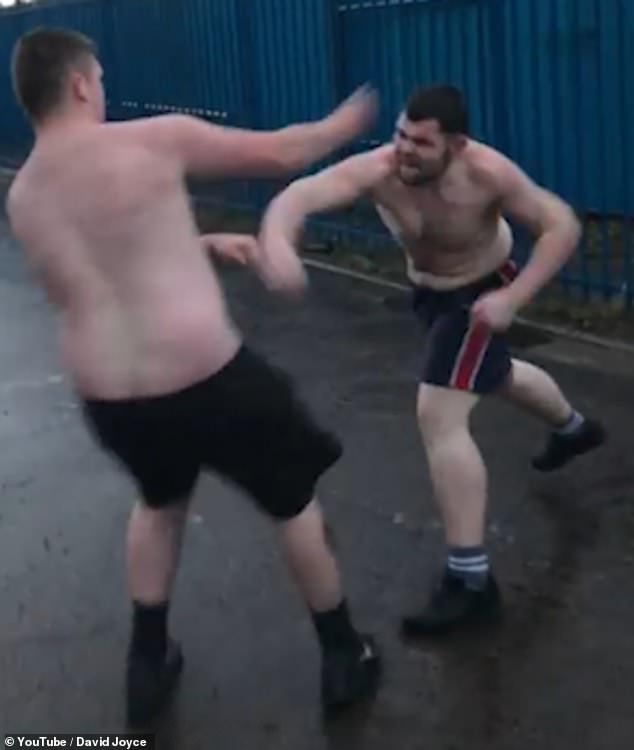 The two men locked horns, trading some viscous blows and also failing to land many

A referee is present during the match-up, tearing a part any tangles and allowing the men to get up off the wet ground.

After a short slog, both men look tired and both men hit the deck before a handshake signals the end of the bout.

The Joyce’s are a large family of Irish travellers based around Moate, Athlone (Westmeath), and Navan (Meath) in Ireland. 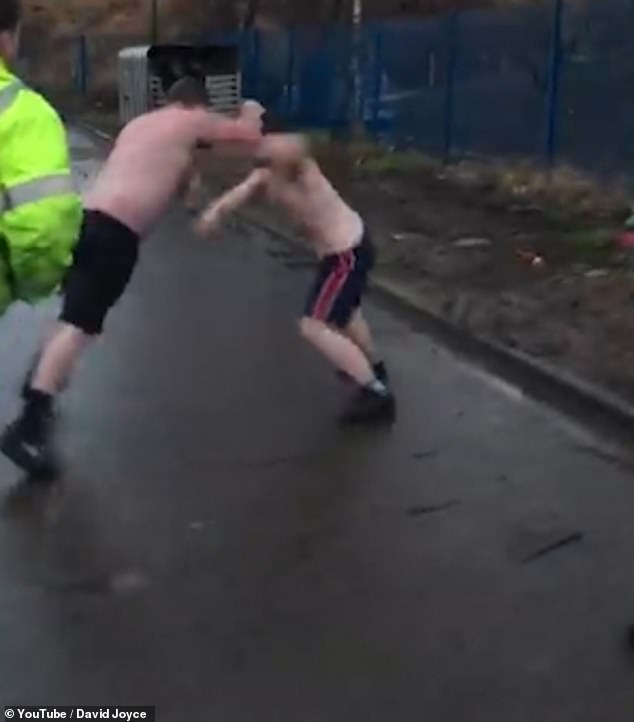 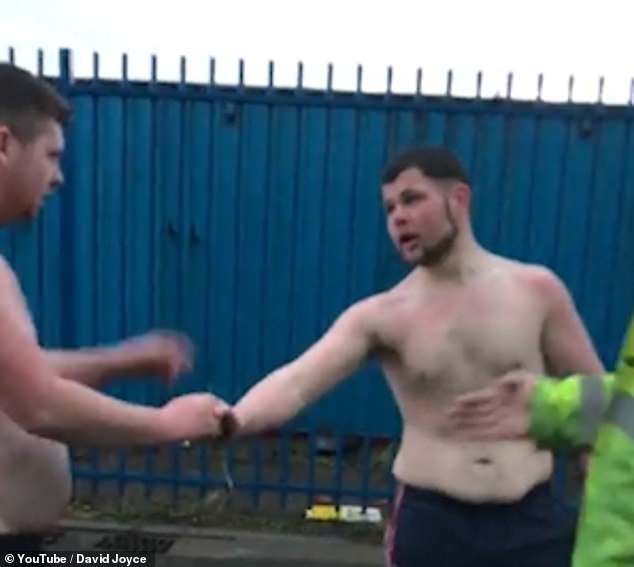 After a hard slog, the two men shook hands to signal the end of the bout and possibly the fued

In England they are mainly based around Oxford and London and their most notable feuds are with the Nevin and Quinn McDonagh Clans.

The feud with the Quinn McDonagh’s erupted in 1992 when Brian Joyce was killed outside a pub in Peckham, London. 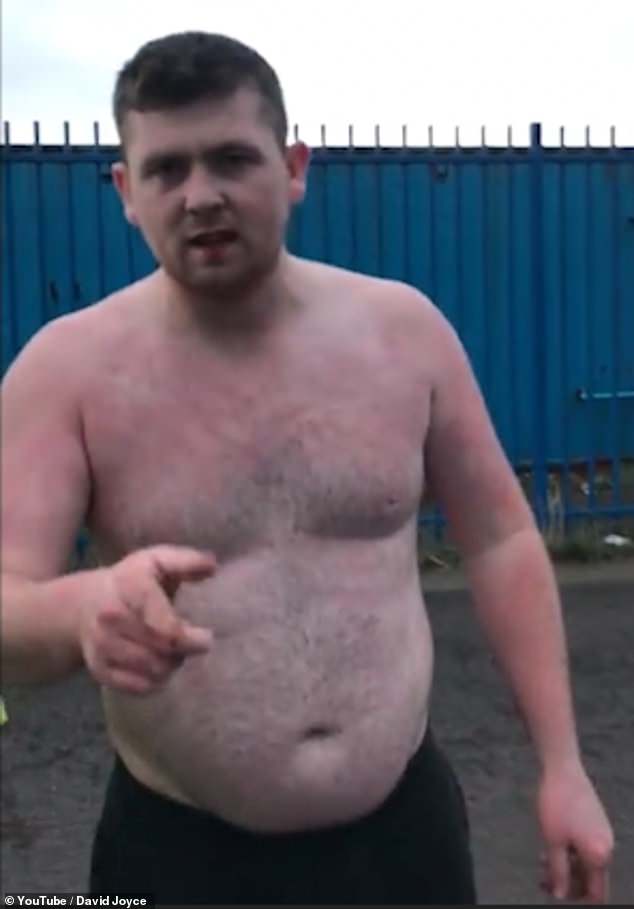 This video shows the latest in a string of bouts between the two families, but ended amicably with a customary handshake.

Footage emerged in January showing a clash between Joyce and Nevin clans, fighting each other in a bare-knuckle boxing match in an abandoned car park.

The fight was filmed in a ‘secret location’ in Hemel Hempstead and saw the pair slog it out to settle an argument which started in a pub more than a year ago.

They were named as Joe Joyce – nicknamed ‘Hulk’ – and Patrick Nevin, known as ‘Bigfoot’.

The pair ended up with blood streaming from their faces and refused to stop fighting, despite multiple requests from the ‘referees’.

After 40 brutal minutes Nevin tapped out, leaving Joyce to win by a technical knockout and collect  £60,000 prize money.