Trains in northern England are less reliable than in war-torn Ukraine, figures show

Trains across the North of England are less reliable than in war-torn Ukraine, new analysis suggests.

While the majority of TransPennine Express (TPE) trains are late, just 4 per cent of services in Ukraine failed to arrive on time in recent days.

The operator, which connects Newcastle, Hull and Leeds with Manchester, is cancelling around 11 per cent of trains overall.

Some services have been completely axed from the schedule.

Over the last three months, the 10.07am service from Leeds to Manchester Piccadilly ran just 43 per cent of the time.

Of these just 14 per cent were on time, according to figures compiled by the ontimetrains.co.uk website. 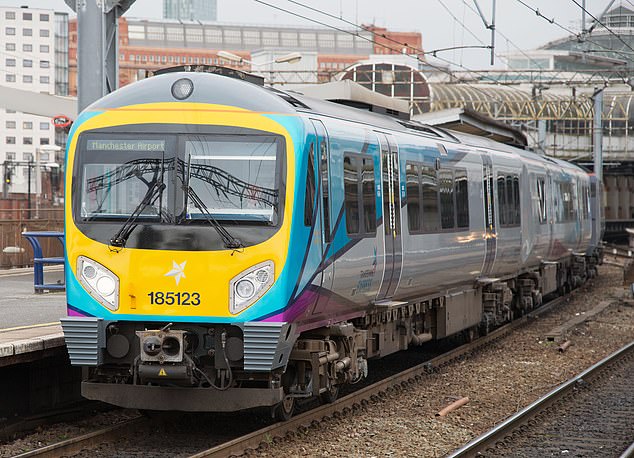 Trains across the North of England are less reliable than in war-torn Ukraine, new analysis suggests. Above: A TransPennine Express train bound for Manchester Airport

The 6.05am service ran just 46 per cent of the time, with all of these trains being late. 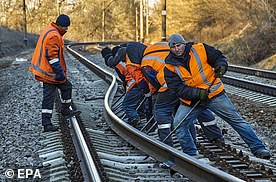 By contrast, Oleksandr Kamyshin, CEO of the state-owned Ukrainian Railways, released data showing that 97 per cent of trains departed on time on Sunday in his country. Ninety-six per cent also arrived on time out of 118 trains.

The previous Sunday, the figures were 95 per cent and 96 per cent respectively, for 131 trains.

It came as rail minister Huw Merriman admitted that the performance by TPE was ‘clearly unacceptable’ and did not rule out stripping the operator of its contract, which expires in May.

He told the Commons transport committee that one of the issues was that the operator had a 14 per cent ‘sickness rate’, which he said was ‘higher than it should be’.

Like other operators, TPE has historically relied on drivers doing this to run a full timetable, particularly on Sundays.

But an agreement between TPE and the drivers’ union Aslef for an overtime rate of 1.75 of normal pay ran out at the end of 2021. Aslef was offered a new rate of 1.5, which it has refused, meaning it has ordered drivers to do less rest day and overtime working to top up their earnings, causing widespread cancellations. 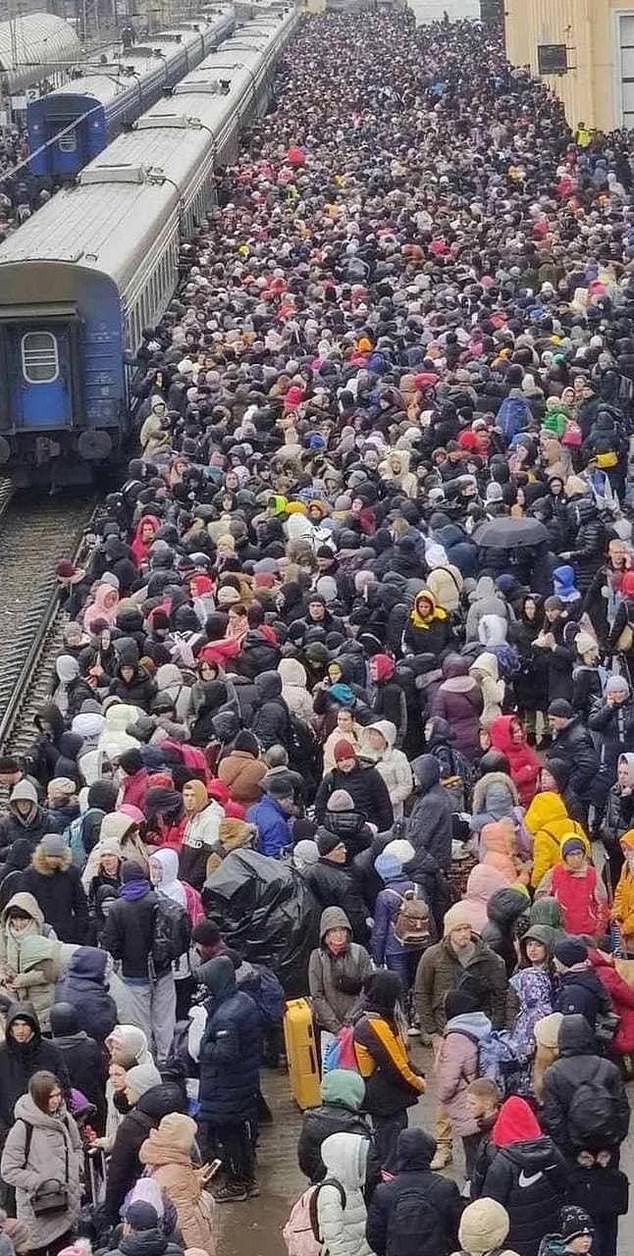 While the majority of TransPennine Express (TPE) trains are late, just 4 per cent of services in Ukraine failed to arrive on time in recent days. Above: People at Kharkiv train station fleeing the war in Ukraine last year

This has combined with a shortage of train drivers, caused by the Covid-19 pandemic preventing training more, to create a perfect storm.

Avanti West Coast, which connects London, Birmingham and Manchester, has been hit by a similar problem, but Mr Merriman insisted that its performance was improving after recruiting another 100 drivers.

Asked why trains in the North were so ‘utterly useless’, he told MPs: ‘We don’t find the levels of service across all train operators to be acceptable.

‘Cancellations are at 3.6 per cent. But in certain parts of the network they’re a lot worse than that. If you look at TPE, it’s 11 per cent which is clearly unacceptable.

‘The waits passengers are having to experience for trains is also unacceptable as well.’

He added: ‘It really breaks my heart to see the performance so poor because we’re letting people down.’

Suggesting he could strip TPE of its contract and hand the running of trains to the Department for Transport (DfT), effectively nationalising it, he added: ‘If a train operator is not performing and appears clear they can’t turn this around, then that contract would come to an end and we wouldn’t hesitate to put it into the operators of last resort [run by the DfT].

‘The TPE contract comes to an end in May, so I am already looking at what needs to be done with regards to that contract.’