EIGHT knife wielding robbers who tried to rob man, 22, of his mobile soon found out they were taking on a trained mixed martial arts (MMA) fighter who managed to floor two of them despite receiving stab wounds 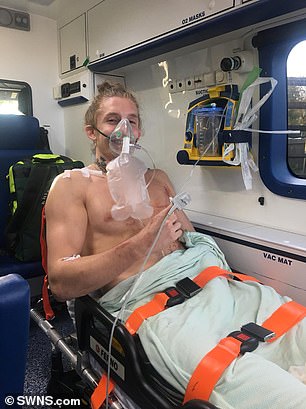 Louis Nicholson, 22, fought off a group of eight thugs who tried to take his mobile phone in Grays, Essex

A group of eight knife-wielding thugs were forced to flee when they unknowingly attempted to rob a martial arts instructor.

Louis Nicholson, 22, was alone walking down a street in Grays, Essex, at around 4pm last Tuesday when a gang approached him demanding his phone.

But brave Louis, who is trained in mixed martial arts (MMA) and coaches sessions, refused to hand anything over.

Louis claims the gang started to attack him but as he managed to fight them off they pulled out knives and stabbed him multiple times.

Louis was knifed under the armpit, and received a large gash to his arm which he has received stitches for.

Louis, of Grays, Essex said: ‘I’m walking through Seabrook Rise in Grays minding my business when eight people decide they wanted to liberate my hard-earned possessions from me.

‘Long story short I said I was ready to fight them because I was not going to give them my things – it was probably a stupid move, I realise that now.

‘So anyway, we start fighting – it was one person against eight, baring in mind. 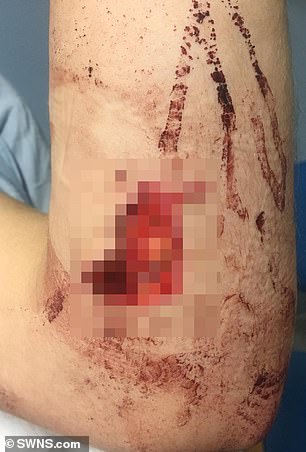 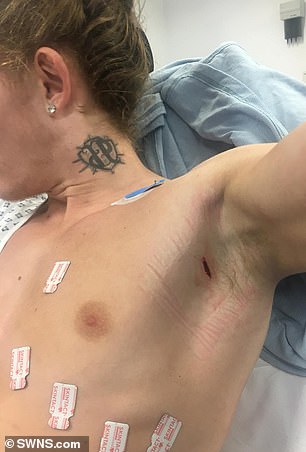 Mr Nicholson, who is trained in mixed martial arts (MMA) and coaches sessions, was stabbed under the armpit (pictured right) and received a large gash to his arm (pictured left) 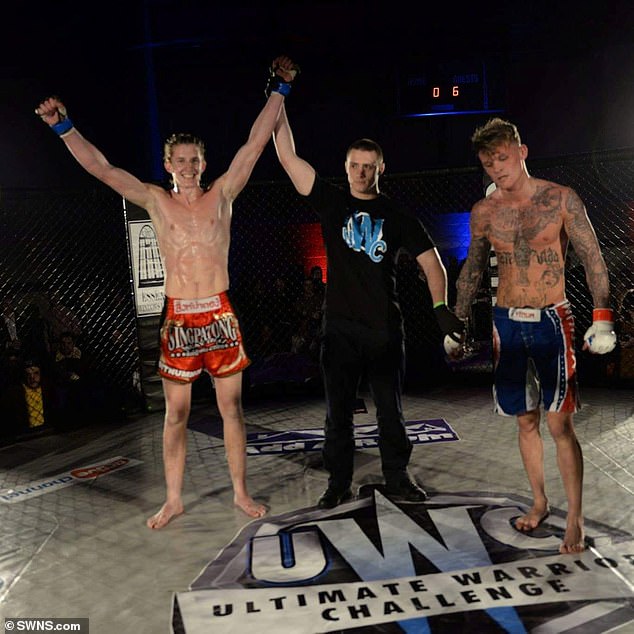 ‘I was doing my best to keep them at bay even managed to punch two of them in the face so they dropped to the floor. Only after they had already attacked me though of course.

‘Anyway at this point the absolute cowards decide eight versus one isn’t a big enough advantage for them.

‘So they pull out their blades and start stabbing and slashing at me while I’m trying to fight off the others.’

Louis claims the fight lasted for two minutes as he tried to move the fight closer to a site where more members of the public were.

He added: ‘I had to fight them all the way down the road about 100m to get to the metal works (building site).’

But the unsuccessful robbers eventually ended up fleeing from the scene as Louis managed to clear space around him and run into a building site near by.

Louis said: ‘I got away with all of my stuff. I was fighting them and they had me circled then one of them broke the circle like a coward when I went to swing for him so I ran out of that gap he created. 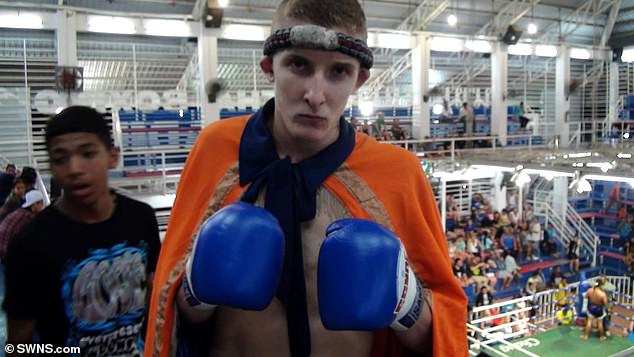 ‘I ran in a building site that was open at the time and shouted for the blokes to call the police.

‘And the funny thing this all happened at four o’clock in the afternoon in broad daylight.

‘I have to say though that with zero shadow of a doubt martial arts saved my life.

‘I would not be here if not for being able to create space and get out of there.

‘So honestly get your kids trained in martial arts, I can not stress it enough, it is literally a matter of life and death – stay safe everyone.’

Essex Police are appealing for information into the attack.

The Essex police spokesman confirmed Louis was taken to hospital for injuries described as serious, but not life threatening.