More than 100 children enslaved in county lines gangs have been caught travelling on trains in the past three months, shocking figures show.

In some instances schoolchildren as young as 12 are being forced to travel hundreds of miles across the country to sell heroin and crack cocaine on the streets.

British Transport Police have revealed that more than half of the train passengers considered to be involved in county lines are children. 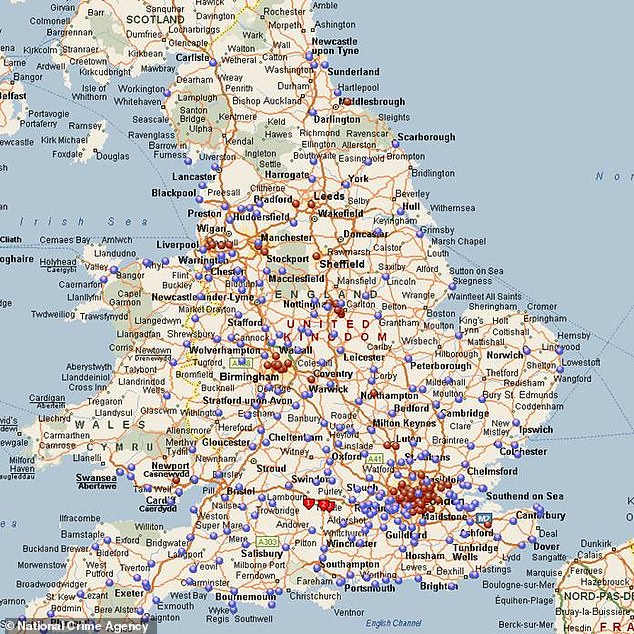 In the past three months, officers have identified 197 travellers thought to be active in drug networks.

Train staff questioning teenagers during school hours and young, unaccompanied passengers uncovered 98 boys and nine girls suspected of being in county lines gangs, which are named after the mobile phone lines used to sell, distribute and buy the drugs.

The alarming figures come as the number of vulnerable children on the trains being referred to police for help has more than doubled in the past three years with around 25 children a day reported missing or at risk of criminal exploitation.

In 2015, British Transport Police (BTP) made 3,922 referrals of missing and vulnerable children and young people to forces in their home area. This year that figure is expected to rise to 9,207. 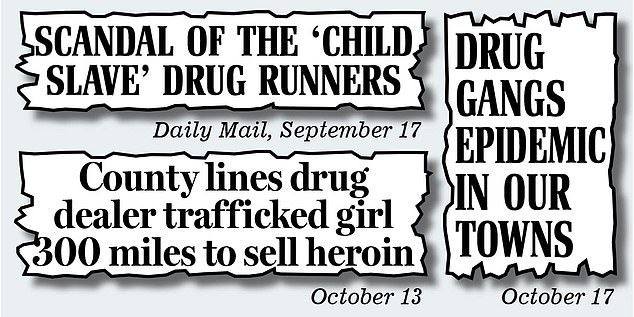 The alarming figures come as the number of vulnerable children on trains being referred to police for help has more than doubled in the past three years. In 2015, British Transport Police made 3,922 referrals of missing and vulnerable children

In one recent instance, a member of rail staff became suspicious on seeing two 16-year-old girls trying to purchase a train ticket being ‘minded’ by an old man.Police were called and detained the girls, spooking their handler who ran off dropping a holdall containing several thousand pounds worth of crack cocaine.

Officers discovered that both girls had previously been reported missing and had less than £15 between them. One of the girls had an injury to her lip; the other was covered in bruises and burns.

In another case, two teenage boys had to be taken to hospital after being forced to carry an astonishing 200 wraps of crack cocaine and heroin inside their bodies.

Now BTP wants to use CCTV on trains and within stations to track vulnerable children as the force seeks to build a map of county lines train routes and compile an effective watch list of those teenagers at risk of exploitation. 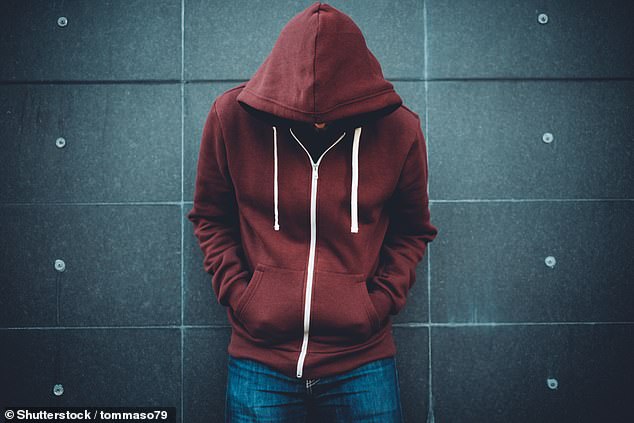 Detective Chief Superintendent Paul Furnell is also lobbying to introduce a nationwide requirement for missing children to be asked in their return home interviews whether they have been on a train, where they went and what they were doing.

He wants all local authorities to pass on the information for a national database.

If that child goes missing again, officers can then be deployed to search those routes using CCTV to locate the child drug mules, he said. ‘I would want every return interview to provide that sort of information’, Mr Furnell added.

‘If that person says “I’m using the train” then I want to know about that. That information is important.’

In the past 18 months the force has carried out a huge safeguarding training programme for rail operators which has led to a significant increase in referrals to police of vulnerable children and young people on the railways.

The force has also recently launched a dedicated county lines coordination desk. But now Mr Furnell wants to create a wider centre to gather intelligence on all children missing or at risk.

He said: ‘We have got an absolutely huge opportunity nationally to help try to disrupt what is a despicable exploitation of young people and vulnerable people.’

The head of the National Crime Agency has estimated that there are almost 2,000 county lines operations across the country.

In September this newspaper revealed how children as young as 17 were setting up their own mobile phone lines to sell heroin and crack cocaine.