This is the nail-biting moment a farmer stuck on a level crossing battled to free his pickup truck before a train smashed into it.

Pitak Tabsuk, 35, was travelling home after harvesting sugar cane and loading it into the back of his pickup truck in Nakhon Pathom, Thailand.

But while crossing the tracks and with the added weight of the crops, the rear left wheel was jammed in a gap between the tracks. 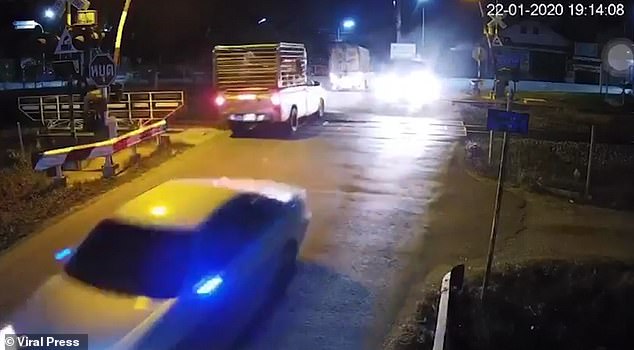 Pitak Tabsuk, 35, is seen was driving home when his truck’s left wheel becomes stuck on a level-crossing in Nakhon Pathom, Thailand

CCTV footage shows Pitak’s truck grinding to a halt on the tracks.

He then jumps from his seat and goes to check the rear-end of the vehicle.

A group of cyclists pause to talk to Pitak for a brief moment before pushing their bikes around the pickup truck. 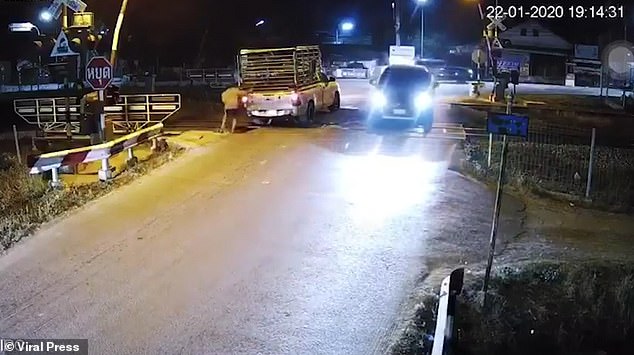 Moments later, a few of the bikers return and battle in vain to push the vehicle out from the level crossing.

But within a few seconds, the barrier comes down and another driver leaps out of their truck to join the team effort.

Around eight men desperately fight to move the truck. 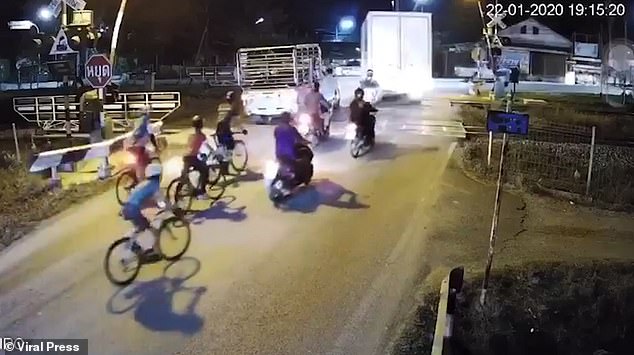 A group of cyclists speed past before parking their bikes and offering to help, in the clip from January 23 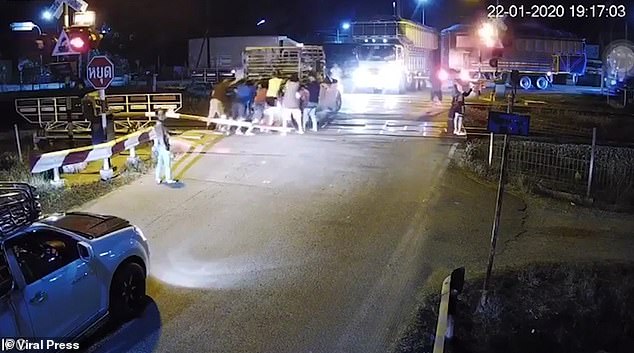 They repeatedly rock the vehicle to push it out of the way. Pitak then thrashes the engine causing clouds of exhaust fumes as the locals waved at the train to stop

Pitak thrashed the engine causing clouds of exhaust fumes as locals waved at the train to stop.

Moments later, the burgundy passenger train comes thundering along and smashes the truck in two, in the clip from January 23.

The tow truck arrived about 60 seconds later but it was ‘too late’.

Pitak said: ‘I’m devastated that my car has been destroyed but I’m also thankful that I’m alive and nobody was hurt.’ 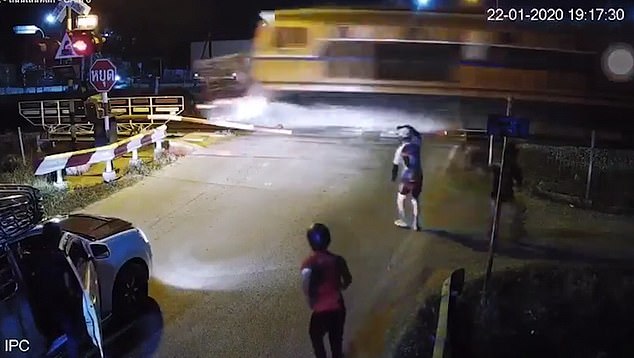 Seconds later, the burgundy passenger train comes thundering along and smashes the truck in half. Pitak has been left ‘devastated’ but feels ‘thankful’ that he escaped without injuries 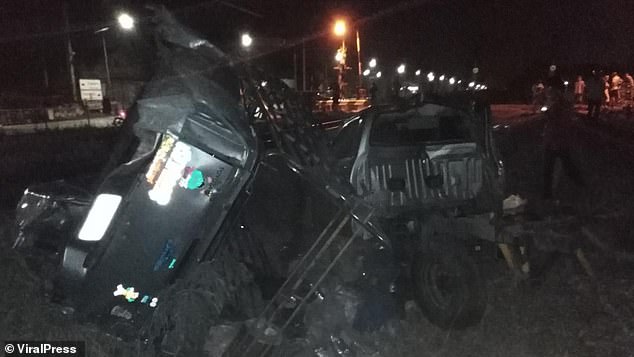 He had been harvesting sugar cane and loading it into the back of his pickup truck, moments before the crash. Pictured is the smashes truck further down the tracks

Police Colonel Sarawut Sutthiwichai said he was relieved that no one was injured. He said that officers will investigate the cause of the incident and make repairs to the crossing.

He said: ‘We examined the footage and found that the truck was fully loaded when it drove onto the crossing.

‘We need to check whether it had exceeded the legal limit of carrying cargo, but most of all, I am relieved that no one was hurt.’ 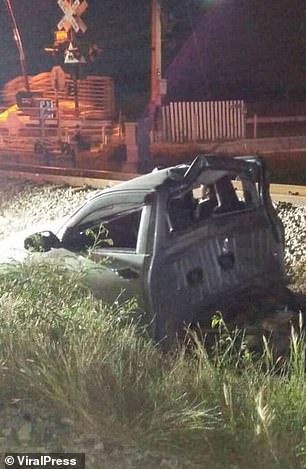 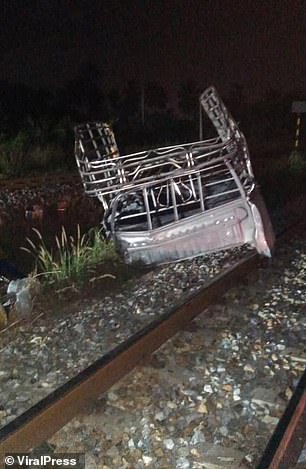 Officers will investigate the cause of the incident (pictured) and make repairs to the crossing, according to a police colonel