A train has been named in honour of civil rights pioneer Paul Stephenson as part of Black History Month celebrations.

Dr Stephenson, 83, who was born in Essex to a West African father and British mother, served in the RAF before moving to Bristol in 1960, where he became the city’s first black social worker.

In 1963, he led the Bristol Bus Boycott, which saw campaigners overturn a ban on ethnic minorities working on the city’s buses. 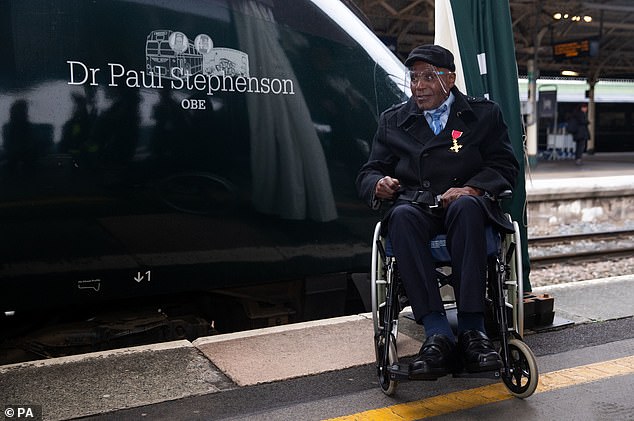 Dr Stephenson, 83, (pictured) moved to Bristol in 1960, where he became the city’s first black social worker

He was made an OBE in 2009 for his services to equal opportunities and to community relations in Bristol, and received a Pride of Britain Award for Lifetime Achievement in 2017.

Dr Stephenson was nominated for the train naming by the public and members of staff at Great Western Railway (GWR), as part of the company’s Great Westerners campaign to recognise past and present heroes from across the network. 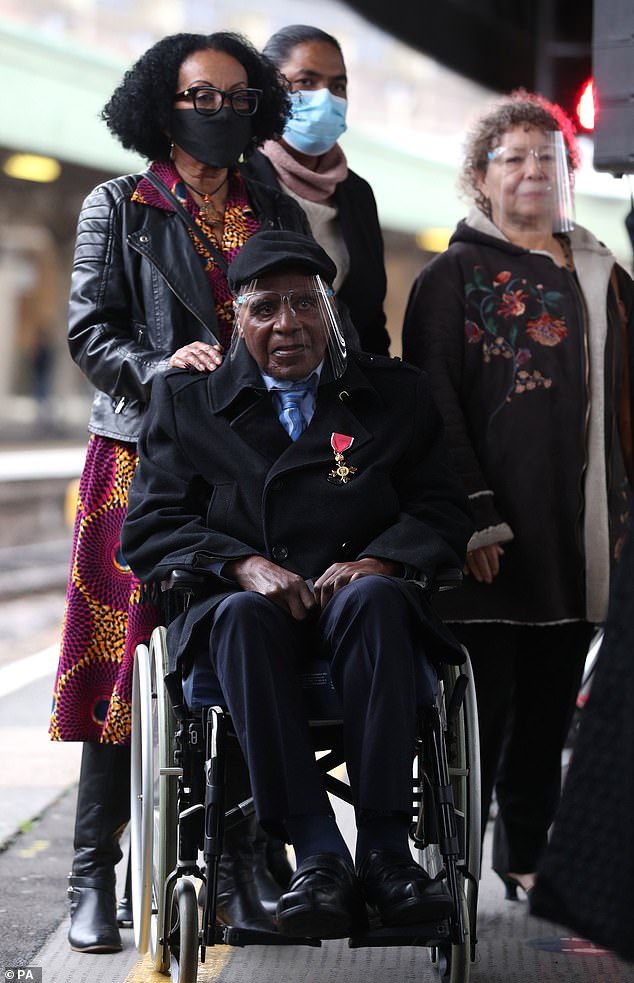 ‘This is such a wonderful gesture and one I’m delighted to accept. I feel very proud to be considered by GWR as one of its Great Westerners,’ Dr Stephenson said.

‘History is very important for understanding who we are, what’s happening to us today and where our vision is for tomorrow.

‘It is vital to take ownership of our history and to revisit it from time to time to ensure we have a clearer picture of our time and understanding of our humanity.’ 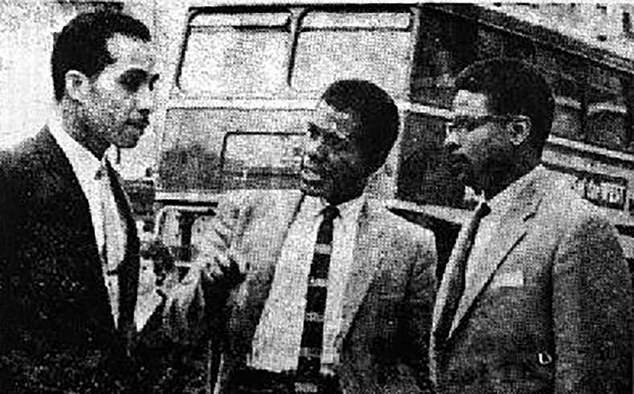 Others to be honoured on GWR’s Intercity Express Trains include the Queen, Bristol paramedic Kathryn Osmond – who fought to raise awareness of the skin cancer melanoma – and Fleur Lombard, the first female firefighter to die on duty in peacetime Britain.

George ‘Johnny’ Johnson, the last surviving British member of the Dambusters raid, will also be celebrated.

Jean Cook and Anthony Chitomera, co-chairs of GWR’s Recognising Ethnicity and Cultural Heritage (Reach) network, said: ‘As a BAME staff network within GWR, Reach was keen to recognise his lifelong tenacity in knocking down obstacles to equality, inclusion and representation in the workplace. 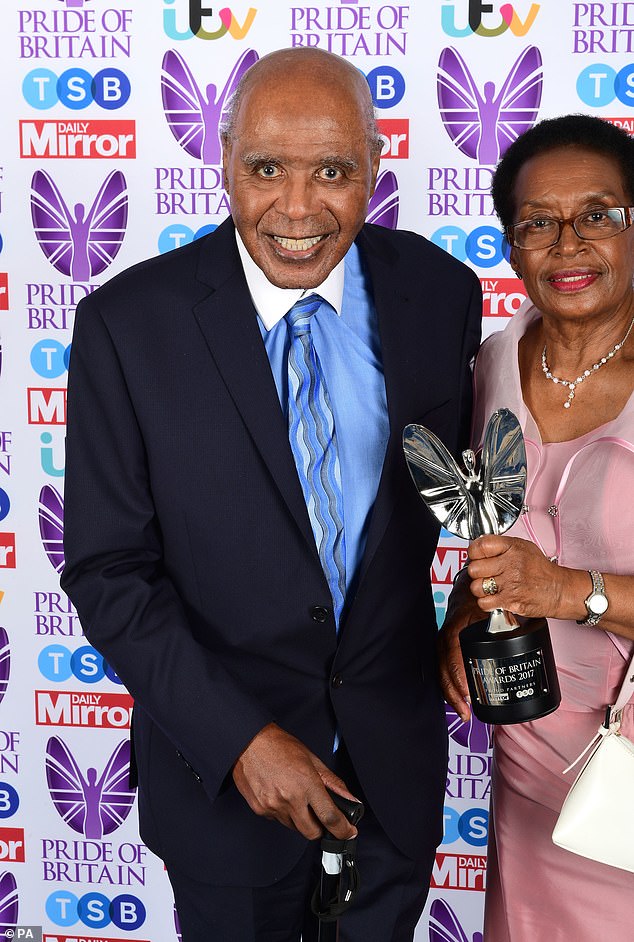 Dr Stephenson (left) was made an OBE in 2009 for his services to equal opportunities and to community relations in Bristol, and received a Pride of Britain Award for Lifetime Achievement in 2017

‘His courage and determination changed the way we all live for the better. It is our duty to continue his efforts, recognising his work through our deeds. Reaching for a better future for all.’

Marvin Rees, the Mayor of Bristol, said he was ‘delighted’ that GWR had chosen to honour Dr Stephenson.

‘Black History Month gives us an opportunity to celebrate Black contributions to British society and it is fitting that GWR will be adding Dr Stephenson to the list of those Great Westerners whose names adorn its trains,’ he said.

In 1964, Dr Stephenson achieved national fame when he refused to leave a pub until he was served.

This resulted in a magistrates’ court trial that was dismissed.

His campaigns were instrumental in paving the way for the first Race Relations Act in 1965.

He later worked for the Commission for Racial Equality in London and was appointed to the Sports Council in 1975, where he campaigned prominently against sporting contacts with apartheid South Africa.

On his return to Bristol, he helped set up the Bristol Black Archives Partnership, which protects and promotes the history of African-Caribbean people in Bristol.

Dr Stephenson was granted Freedom of the City of Bristol in 2007.

James Freeman, First West of England managing director, said: ‘I am delighted to see Dr Paul being recognised in this way for his supremely important achievements.

‘Today I am proud that within our own team, we have a relative of one of the successful protesters who campaigned with Paul to eradicate the systemic discrimination against black and minority ethnic people that took place by the operators who owned and managed the bus companies during that dreadful period of history.’

The Bristol Bus Boycott of 1963 began from the Bristol Omnibus Company ‘s refusal to employ black or Asian bus crews in Bristol.

In the 1960’s there was widespread racial discrimination in housing and employment at that time against ‘coloureds’.

Paul Stephenson together with the West Indian Development Council boycotted the company’s buses.

The boycott lasted for four months until the company backed down and overturned their decision to employ coloured staff.