‘She left behind her so much joy’: Touching legacy of Theresa May’s inspirational goddaughter that the PM paid tribute to after her death at the age of 47 after a life dedicated to teaching deaf children

The goddaughter that Theresa May today revealed had died from cancer was a talented musician who dedicated herself to teaching deaf children.

Teresa Brasier was the child of one of the Prime Minister’s cousins from her father’s side of the family and died last December aged 47.

In her conference speech today, during which she announced a new cancer strategy, Mrs May referred to Miss Brasier without using her name. 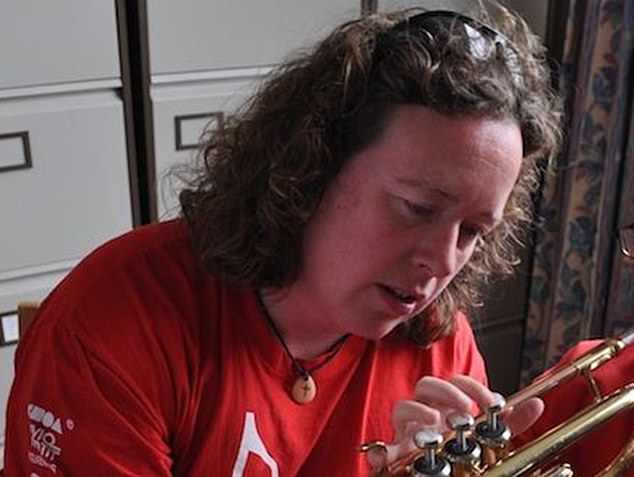 ‘Cancer can strike any of us at any time,’ she said. ‘A few years ago, my goddaughter was diagnosed with cancer. She underwent treatment and it seemed to be working. But then the cancer came back.

‘Last summer, she sent me a text to tell me that she was hoping to see another Christmas. But she didn’t make it.’

Miss Brasier lived in a miner’s cottage in Leadhills, South Lanarkshire, according to tributes paid to her online following her death from ovarian cancer.

Having studied at the Royal College of Music and the Royal Scottish Academy of Music and Drama, she had played with Scottish Ballet and in shows including The Phantom of the Opera.

She was a counsellor and psychotherapist specialising in working with deaf adults. She also directed Leadhills Silver Band, taught the violin and enjoyed skiing.

Miss Brasier worked with Drake Music Scotland, a charity which aims to transform lives through music. Its patrons include percussionist Dame Evelyn Glennie, who is profoundly deaf. 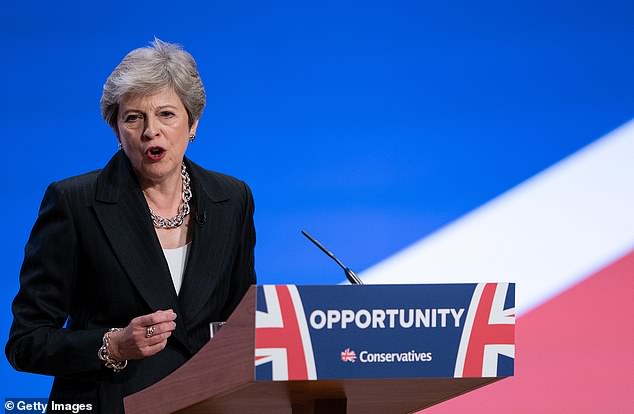 In her conference speech today, during which she announced a new cancer strategy, Mrs May referred to Miss Brasier

In a touching tribute to Miss Brasier, posted on an online blog, a friend wrote: ‘She left a legacy in so many people’s lives and hearts.

‘What stays with me, above all, is the experience of life and death as two facets of a whole: her determination to live life to the full, while accepting death as part of life. And how her experience of death was transformed by her deep and active faith in God.

‘Teresa was inseparable from her beloved black lab Poacher, except for the times I’d seen her in hospital when, instead of a snoring dog and a bookshelf of single malt whiskies, she would be surrounded by a crowd of friends sharing stories, anecdotes and a packet of biscuits.

‘You’d always know where Teresa was in the hospital because you could hear the laughter.

‘Teresa left behind her so much joy and such a legacy. When she moved to Leadhills and heard that the instruments of the silver band were sitting unused in the Miner’s Library, she decided to re-establish the century old tradition.

‘Bringing together beginners and seasoned experts, seven-year-olds and seventy-year-olds, she brought back to life the historic instruments that had, for years, lain silent.’

Miss Brasier held a ‘50th’ birthday party in the village hall before her death – despite not yet being 48. The online tributes named her partner as Mary Bell.