Stop spying on me! Moment toddler knocks out baby monitor with a throw of his ball

This is the moment a sharpshooting toddler knocks out a baby monitor with a single throw of his ball.

Casey Waller, of Tupelo, Mississippi, had tucked in her two-year-old son Jase for the night but when she checked the baby monitor it had fallen from its original spot.

The 30-year-old looked through the footage and made the hilarious discovery that her crafty toddler had knocked it over after spotting that the recording light was on. 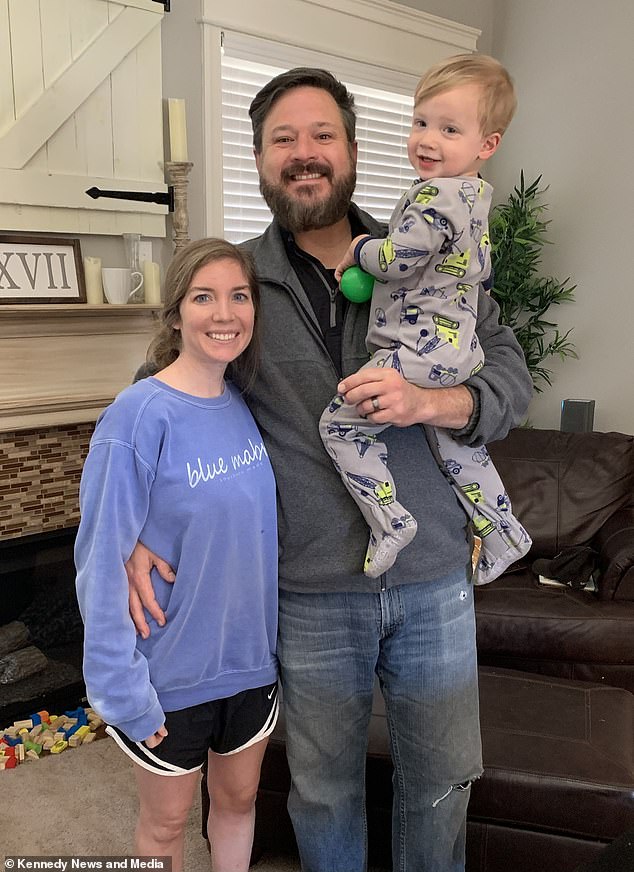 Casey, 30, of Tupelo, Mississippi, and Jon Waller, 41, had tucked in her two-year-old son Jase for the night but when she checked the baby monitor – it had fallen from its original spot. Pictured, the family 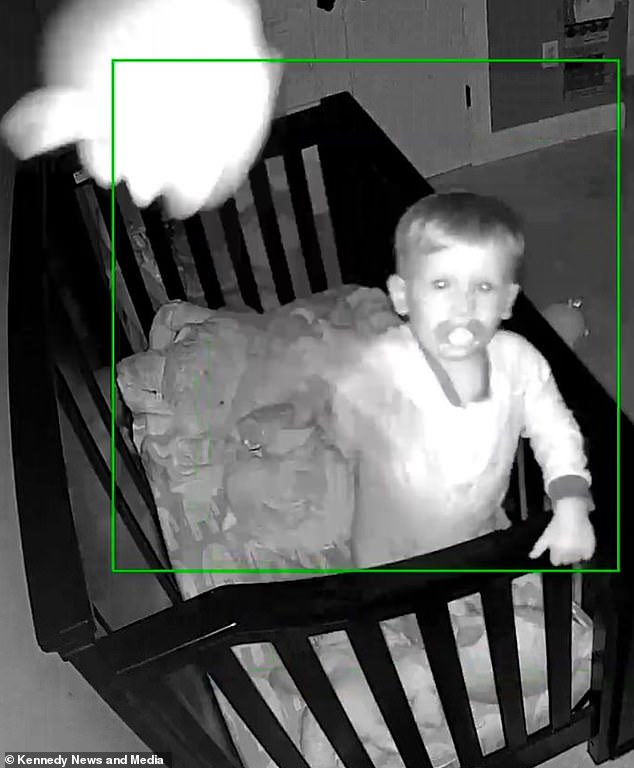 The couple looked through the footage and made the hilarious discovery that Jase had knocked it over after spotting the light on the device, which means it is recording

The video shows Jase bouncing in his crib before he rummages around to find a toy that looks like a ball. He then launches it precisely at the monitor to knock it onto its side.

The 10-second video is captioned: ‘Jase found the camera and I’m pretty sure he doesn’t approve of the privacy invasion.’

The nurse said that stay-at-home dad Jon, 41, went to reposition the monitor only for little Jase to unleash his deadly shot again and tip it over for a second time.

Now the pair have taped the monitor in place to make it safe from Jase’s lethal aim.

Ms Waller said Jase was fascinated with balls, and friends who watched the clip remarked that his precise throw meant he’s destined to be a baseball star. 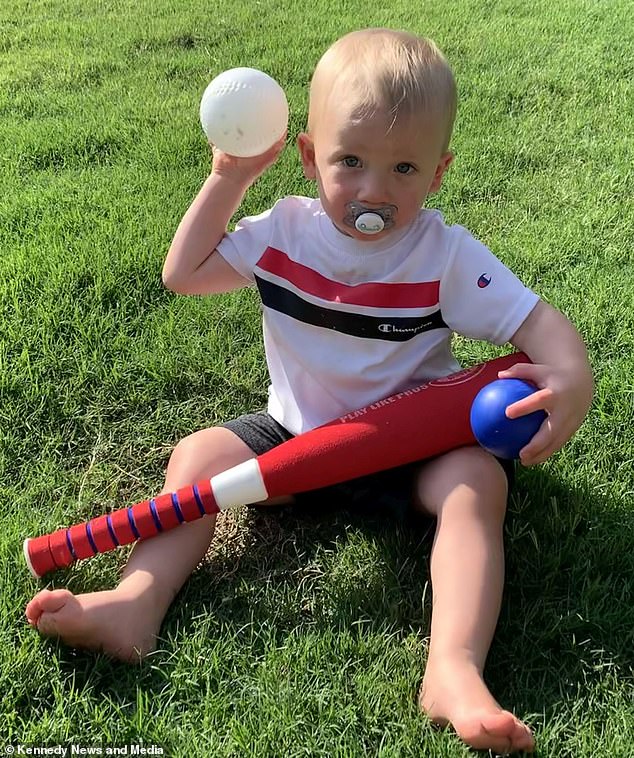 The hilarious 10-second video is captioned: ‘Jase found the camera and I’m pretty sure he doesn’t approve of the privacy invasion’

She said: ‘I guess he just wanted some privacy and time in his room by himself. It was hilarious to watch it back.

‘My husband had to go back in there to put it back up and he knocked it over again that night and the next day so we have it taped down now so when he throws stuff it doesn’t go anywhere.

‘Everyone just thought it was hilarious and a lot of people said the same thing – “oh, he’s going to be a baseball star”. He’s been throwing a ball since he could crawl.

‘He loves footballs, basketballs, baseballs – ever since he was young that’s the only toy we could get him to play with, just balls.’

Ms Waller added: ‘I was at work and noticed that his camera was upside down so I scrolled back and was like ‘what’s going on?’

‘He had taken one of his toys and thrown it directly at it, just the first hit. 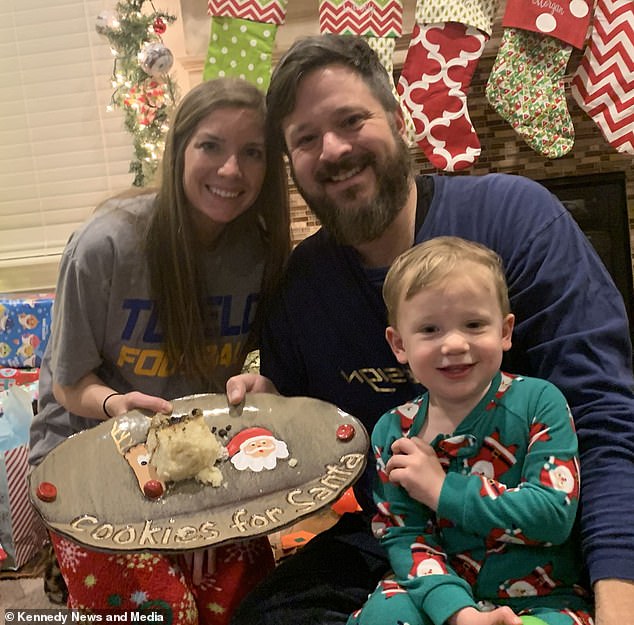 ‘My husband was actually looking at him at the time it happened. Whenever it’s on, the camera has a little light so I guess he saw the light and that we were watching him. I don’t know what he was thinking but it was funny.’

One viewer wrote: ‘I’ve watched this 20 times – you definitely have a baseball player on your hands!!’

Another said: ‘This is the funniest thing I’ve ever seen – he genuinely has fantastic aim.’

One more wrote: ‘And score! He’s got a great arm.’