A jealous thug has been jailed for life after he murdered his ex-partner’s stepfather by running him over in a crash that injured his former girlfriend and her mother.

Samuel Rogers, 52, was found guilty of murder following a trial at Birmingham Crown Court last month and must remain in prison for at least 22 years.

He crashed into the back of Paul Maloney’s car in September 2015 but Mr Maloney was standing near the vehicle and was thrown 65 feet into the air. He was left a tetraplegic and died 14 months later.

Rogers had previously appeared in court in February 2016 and was sentenced to 20 years in jail after he pleaded guilty to a trio of offences. 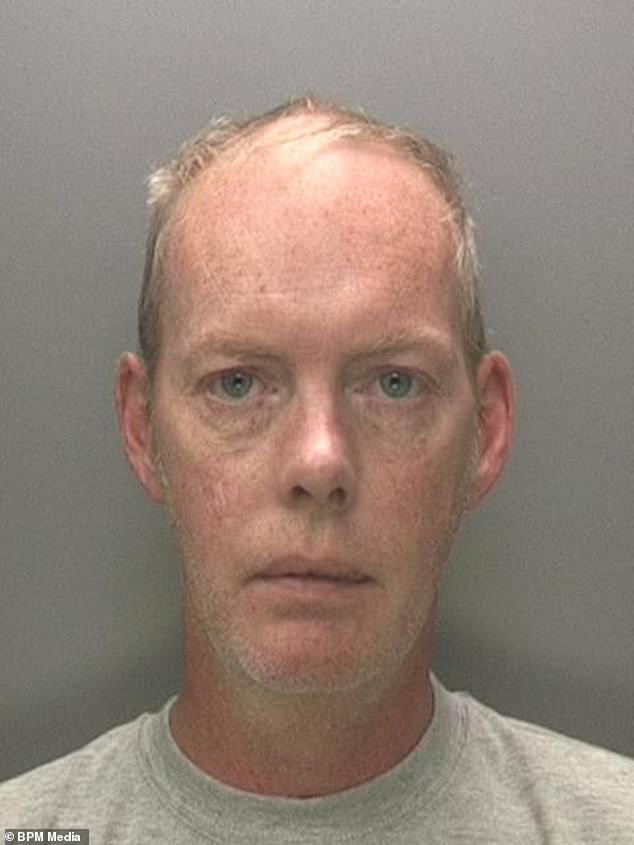 Samuel Rogers (pictured), 52, was found guilty of murder following a trial at Birmingham Crown Court last month and must remain in prison for at least 22 years

He admitted causing serious injury by dangerous driving in relation to his ex-partner, Helen Edwards, and her mother, Jacqueline Maloney; and causing grievous bodily harm with intent in relation to Mr Maloney.

The court heard that the defendant and Miss Edwards lived together on and off for a number of years and had a volatile relationship.

Miss Edwards had concerns about how much Rogers drank, the court heard.

Rogers had told Miss Edwards he still had feelings for her but she told him she did not feel the same.

Rachel Brand QC, prosecuting said: ‘The defendant had worked himself up and that he was clearly jealous and angry about her seeing another man.’ 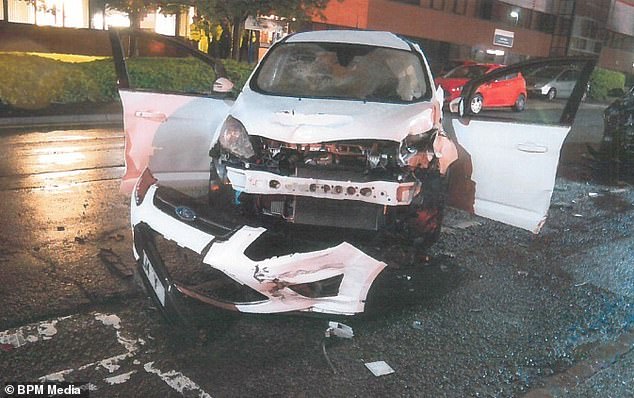 And on September 1, 2015, Rogers of Walsall, West Midlands, sent a threatening text message to Miss Edwards, which caused her to go to her sister’s house in convoy with her parents.

Rogers, who had been drinking, had been ‘hanging around’ on Pershore Road and followed them in his Vauxhall Astra, at one point deliberately shunting his ex-partner’s car.

As a result, Miss Edwards and her parents pulled over in Melchett Road in Kings Norton, Birmingham.

Rogers then performed two U-turns before slamming into Mr Maloney’s Ford C Max at around 38mph, which in turn careered into Miss Edwards’s Vauxhall Corsa.

Mr Maloney, who was just 52, had been standing outside the vehicle at the driver’s side. He was thrown into the air, travelling more than 65ft. 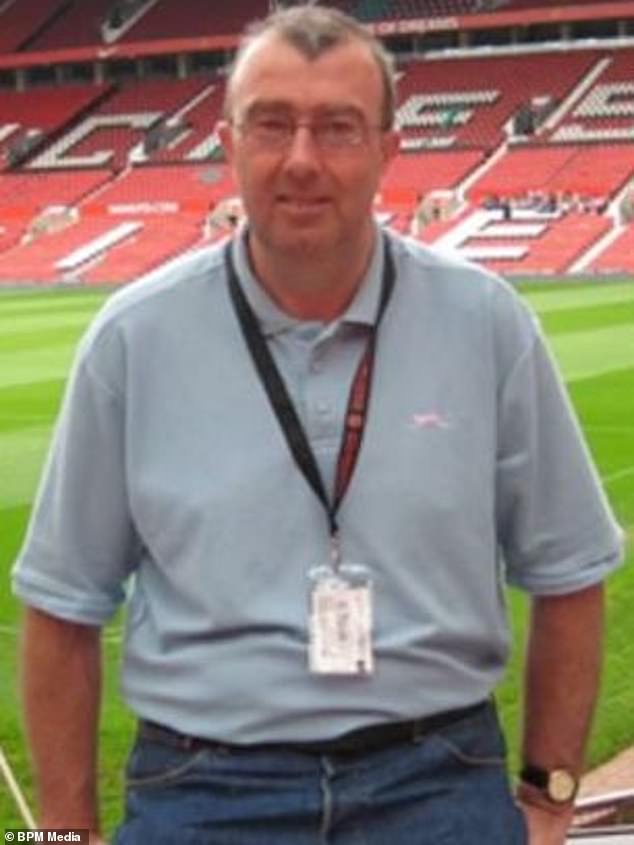 He suffered catastrophic injuries and spent the rest of his life either in hospital or a care home. He died in November 2016, with the immediate cause of death being sepsis and pneumonia.

In a statement, Mrs Maloney – who suffers from multiple sclerosis and was also seriously injured during the collision – said her husband had suffered injuries so significant she did not recognise him.

Mrs Maloney said: ‘The pain of seeing him suffering was unbearable.

‘We loved each other totally. He was my best friend. Paul was the best thing that ever happened to me and I will continue to hold precious memories until we see each other again.’

Miss Edwards added: ‘I relive September 1 almost daily. The grief happens over and over again. I wish I had never brought Sam into my life. Paul always put other people before himself. He had so much love left to give.’ 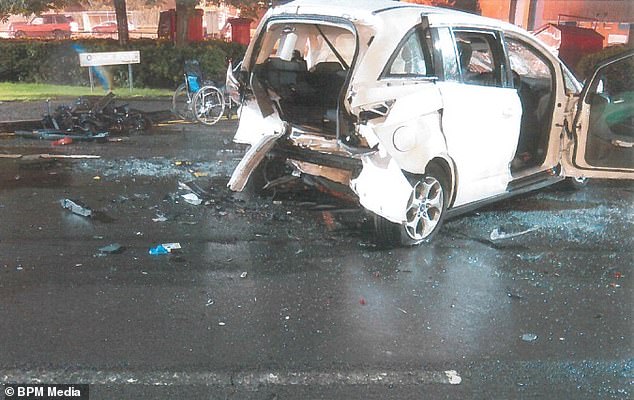 In a statement, Mrs Maloney – who suffers from multiple sclerosis and was also seriously injured during the collision – said her husband had suffered injuries so significant she did not recognise him. Pictured: The aftermath of the murderous crash

Passing sentence, Mrs Justice Furbey told Rogers: ‘You deliberately drove at speed. You were upset and angry because Miss Edwards did not reciprocate your feelings towards her.

‘You had told Miss Edwards before the convoy left that you wanted her dead and you deliberately looked behind after shunting her vehicle but I am not sure you intended to kill.

‘You used your car as a lethal weapon. You had consumed alcohol, nearly twice the legal limit, which was all the more serious because of your previous conviction.

‘I am sure that you knew that Jacqueline Maloney was in the C Max and yet you did not care. You knew she was wheelchair-bound because of MS but you did not care about harming the person who was caring for her.

‘Three generations of the same family were caught up and affected by your actions. You inflicted mental and physical suffering on Mr Maloney. He had done no harm to you.’

Peter Griffiths QC, mitigating, said: ‘What the defendant did has had truly incalculable consequences. He held no grudge against Paul Maloney and there was no pursuit.

‘It was an instantaneous decision. A moment of madness. He was not a well man at the time, suffering from a depressive illness and was threatening to take his own life.’