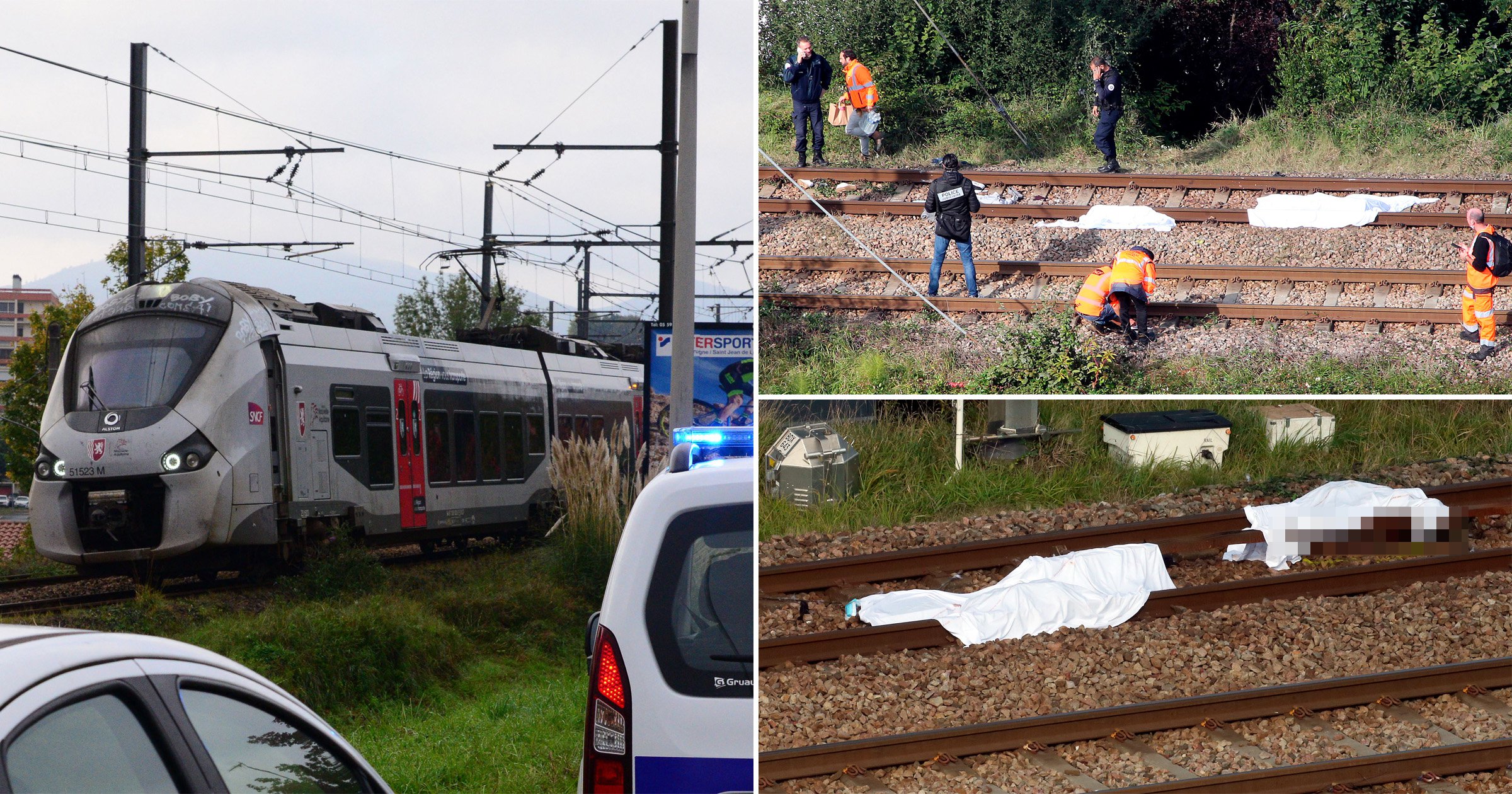 Three people thought to have been migrants sleeping on a train track have been killed in south west France.

The trio died and one other person was seriously injured after being hit by a train near the Spanish border.

The incident occurred early on Tuesday morning on a line that links the seaside resort town of Hendaye and Bordeaux, the national railway company SNCF said.

A local mayor added that the victims are thought to be migrants were resting on the tracks.

Police officers were pictured investigating the scene, alongside what appeared to be bodies covered by blankets.

SNCF said that the collision between the train and the four victims occurred at around 5.30am.

Eneko Aldana-Douat, the mayor of nearby Ciboure, said the casualties ‘were sleeping or were lying… on the railway line.’

He said it is not unusual to see migrants in that region near the border.

A police spokeswoman said it was unclear why the group were lying on the tracks when they were hit by a train travelling to Bordeaux.

Two of the migrants had Algerian nationality, the others’ nationalities are not known.

Get in touch with our news team by emailing us at [email protected].