Three children aged 7, 9 and 13 die after motorboat suffers engine failure and capsizes in the English Channel off the coast of Normandy

Three children aged seven, nine and 13 have died after a motorboat suffered engine failure and capsized in the English Channel.

The boat is understood to have had six holidaymakers onboard as it tried to turn near Agon-Coutainville, Normandy.

The tragedy struck as the boat was 800m from Passous Beach at around 3.30pm local time. 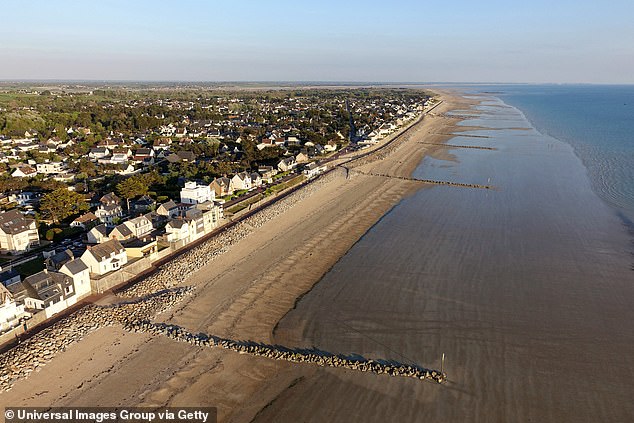 The boat is understood to have had six passengers onboard during the incident near Agon-Coutainville, Normandy (stock pictured)

Three adults – made up of one couple and a woman – as well as three children suffered from cardiopulmonary arrest, emergency services found.

The victims were reportedly two girls – aged nine and 13 – and a seven-year-old boy.

The adults are said to be injured and in shock.

It is thought the group were camping in the nearby Gouville-sur-mer.

A statement from authorities said: ‘The boat as well as all the passengers were brought back to the beach of Passous where they were taken care, in a state of emergency, by the medical teams and the firemen.’

‘Our thoughts and prayers are with the victims and their families.

‘Our gratitude goes to the efforts of #Sauveteursenmer and the emergency services on location.’

An investigation has been launched.