Thousands of people have lined the streets of Londonderry as the city’s famous Hallowe’en carnival parade returned for the first time in three years.

The parade was the showpiece of an evening of events that brought the curtain down on Derry’s traditional Hallowe’en festival, which is dubbed the biggest in Europe.

Covid-19 restrictions prevented the parade taking place in both 2020 and 2021.

Heavy rain failed to dampen the spirits of young and old who gathered beneath umbrellas to watch the spooky spectacular on Monday evening.

Huge crowds cheered as the colourful parade involving hundreds of performers made its way along the banks of the River Foyle.

The festival concluded with a colourful fireworks display above the city’s landmark Peace Bridge.

As well as the thousands packed on the quays, hundreds gathered on vantage points on the hills of Derry’s Waterside on the opposite banks of the River Foyle to watch on. 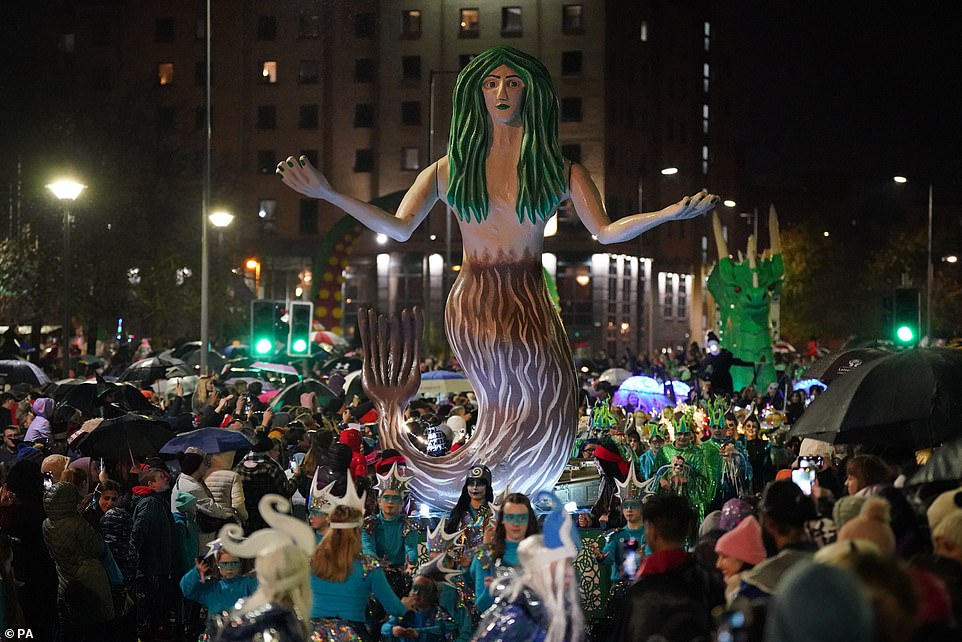 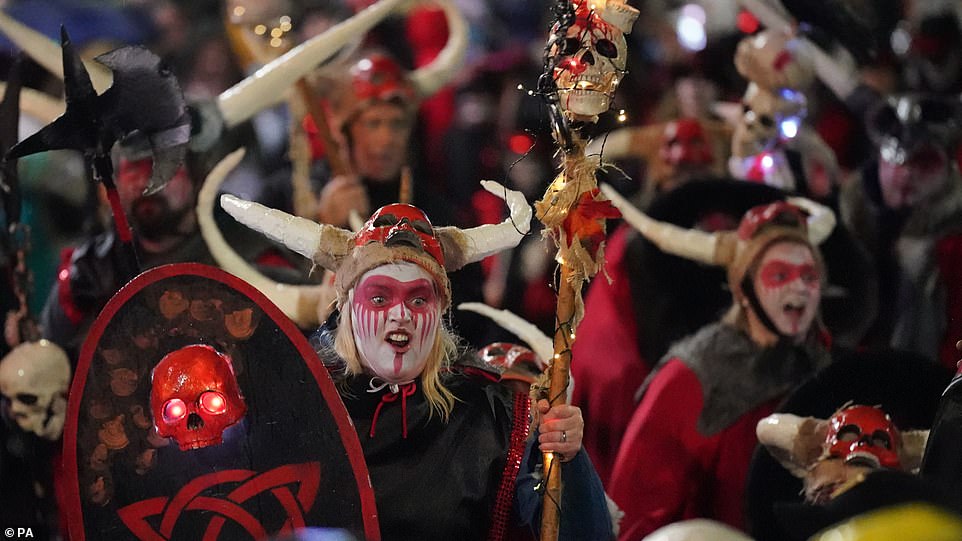 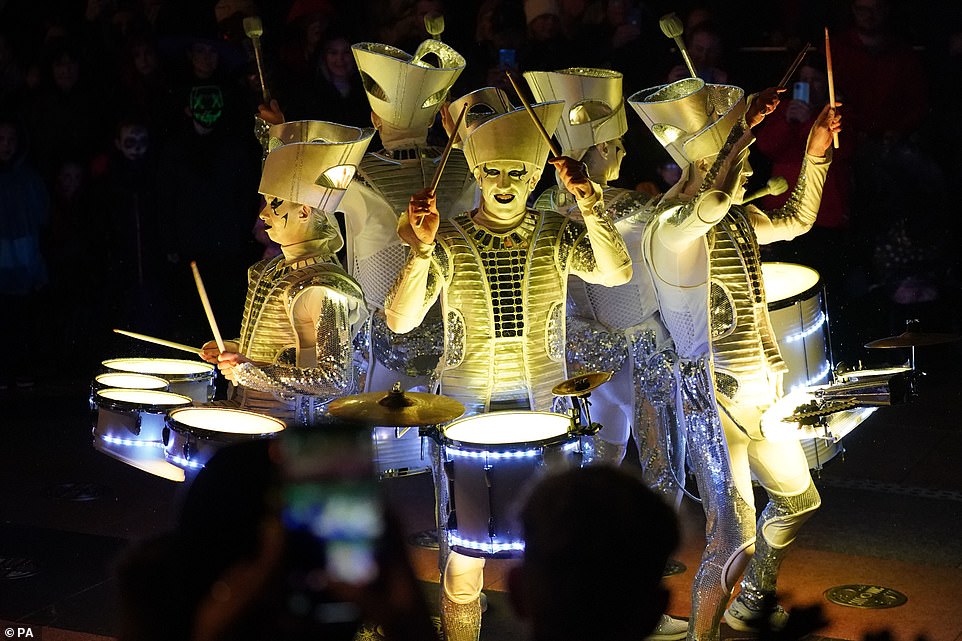 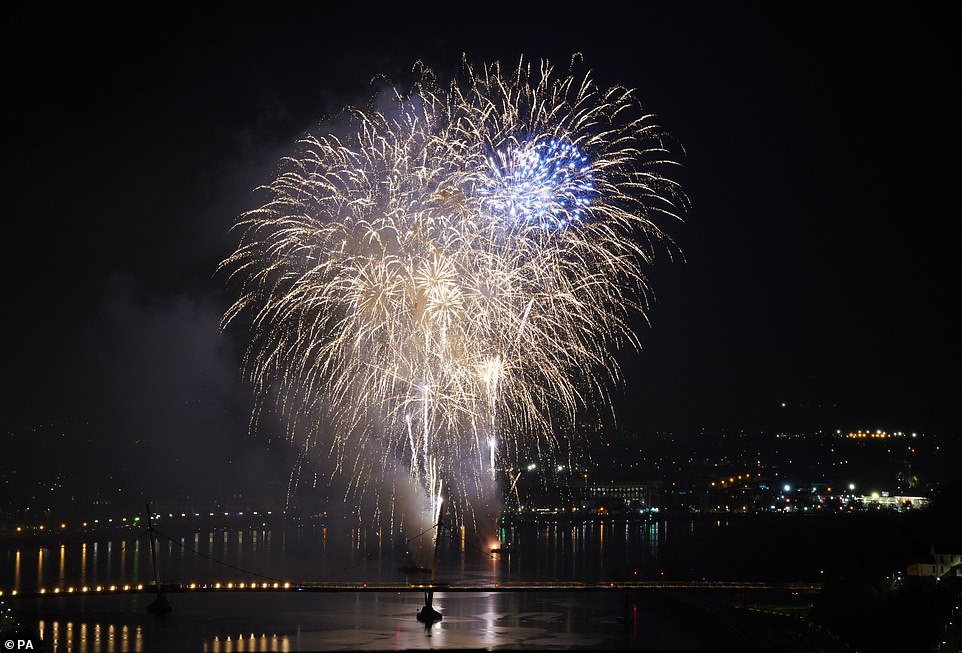 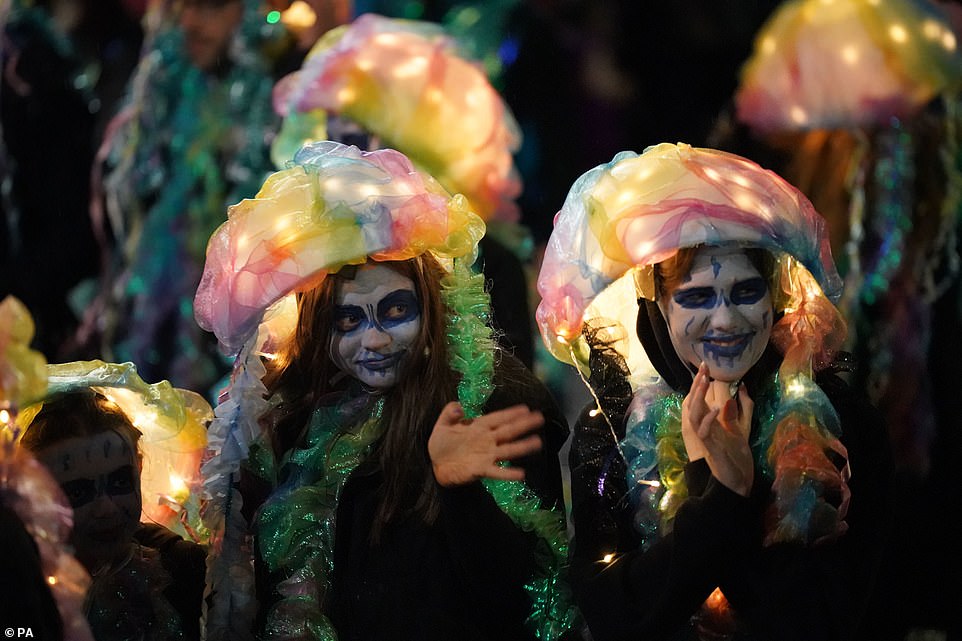 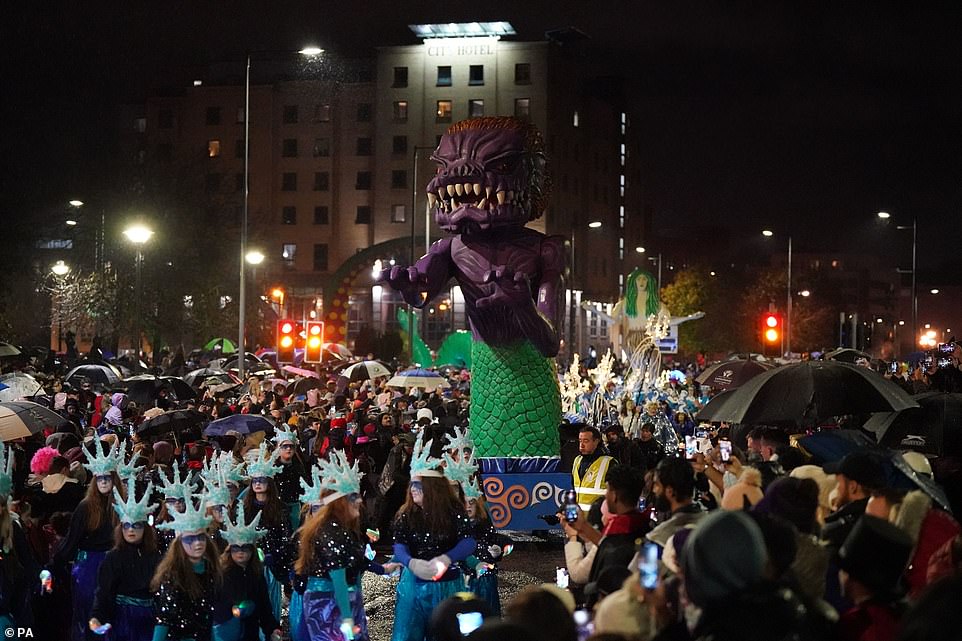 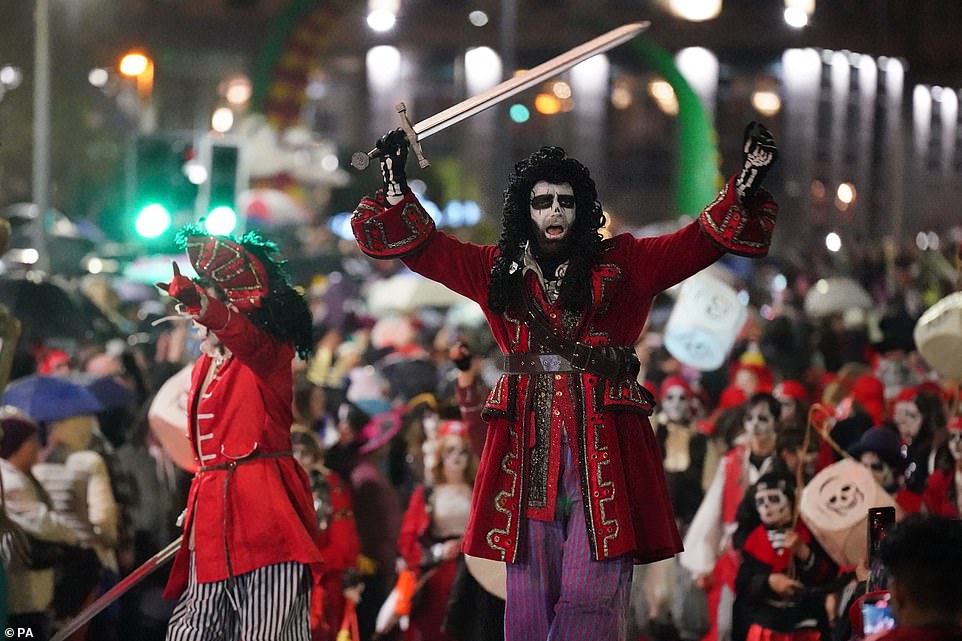 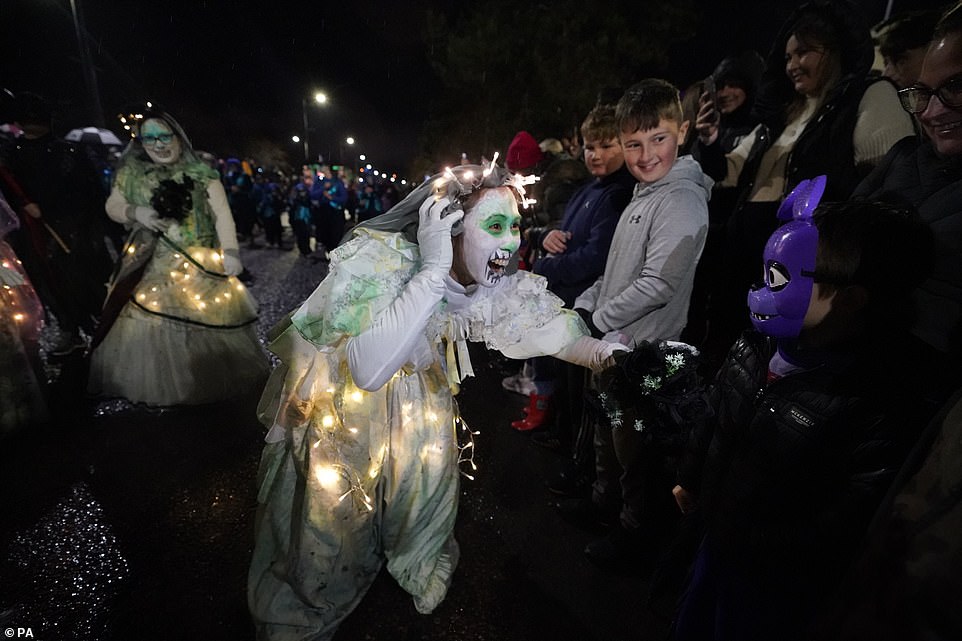 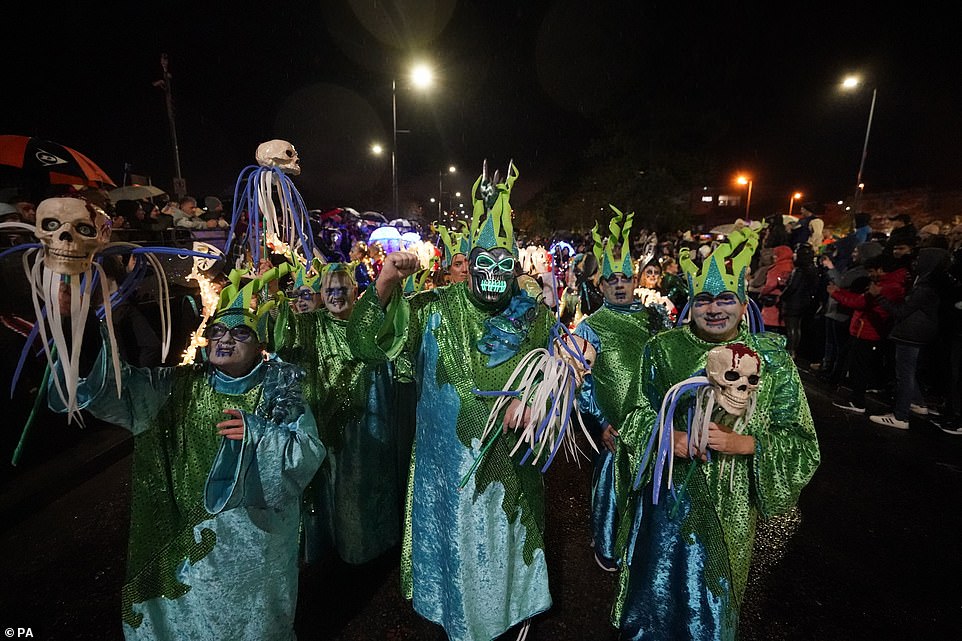 A group of performers in green and blue glittering robes parade down the street, one clutching a skull 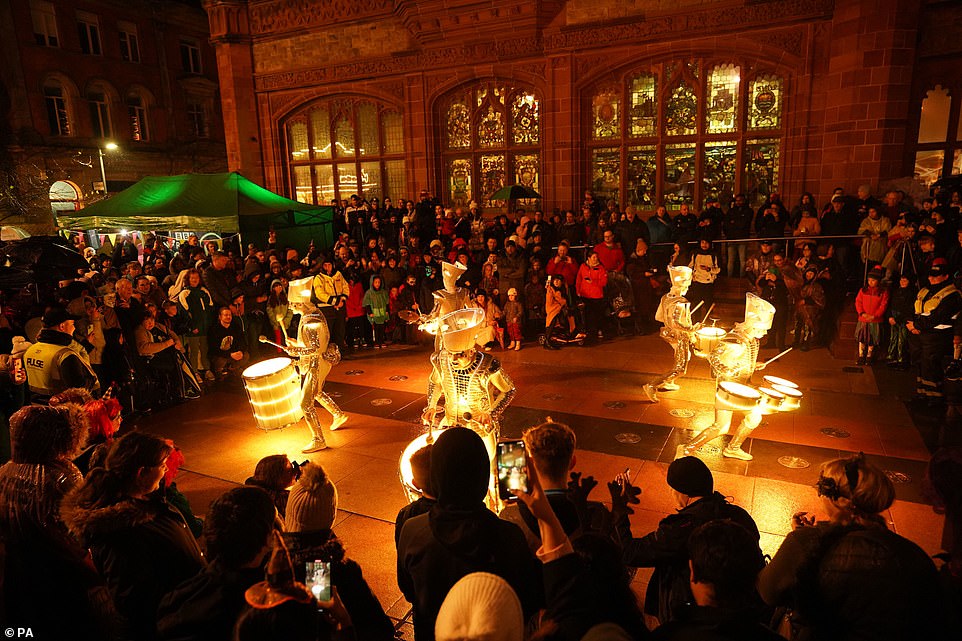 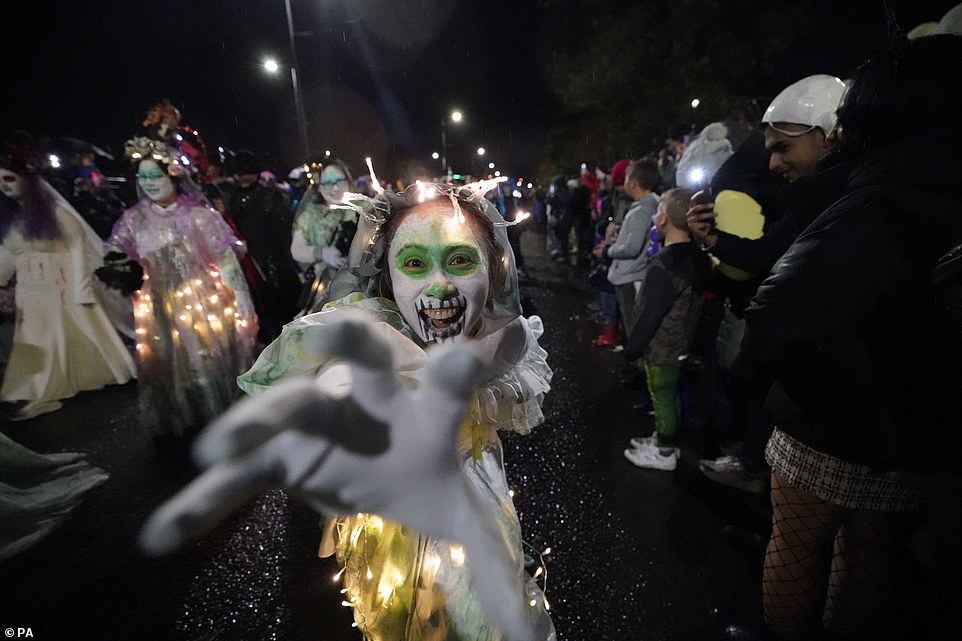 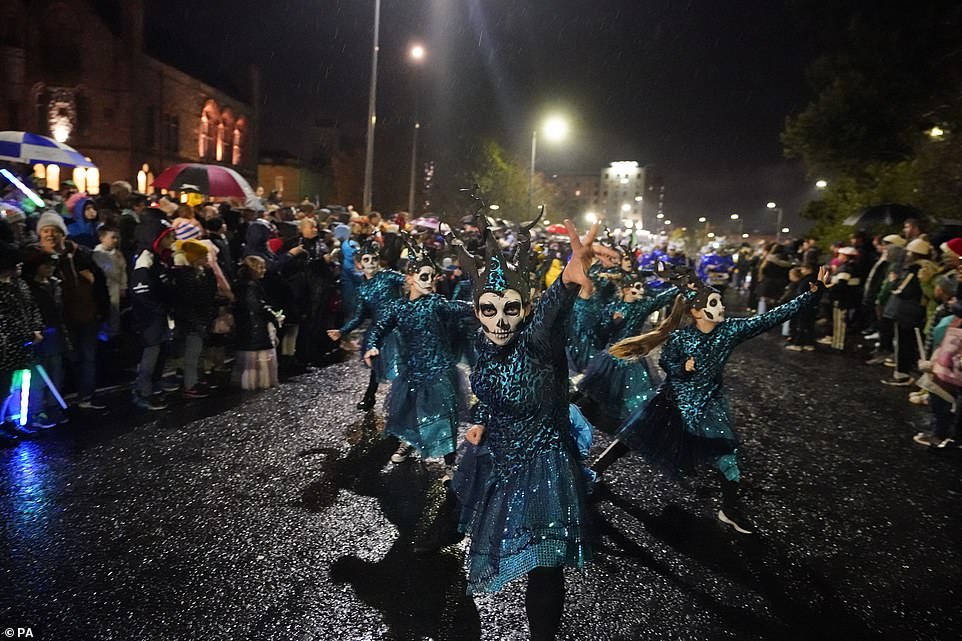 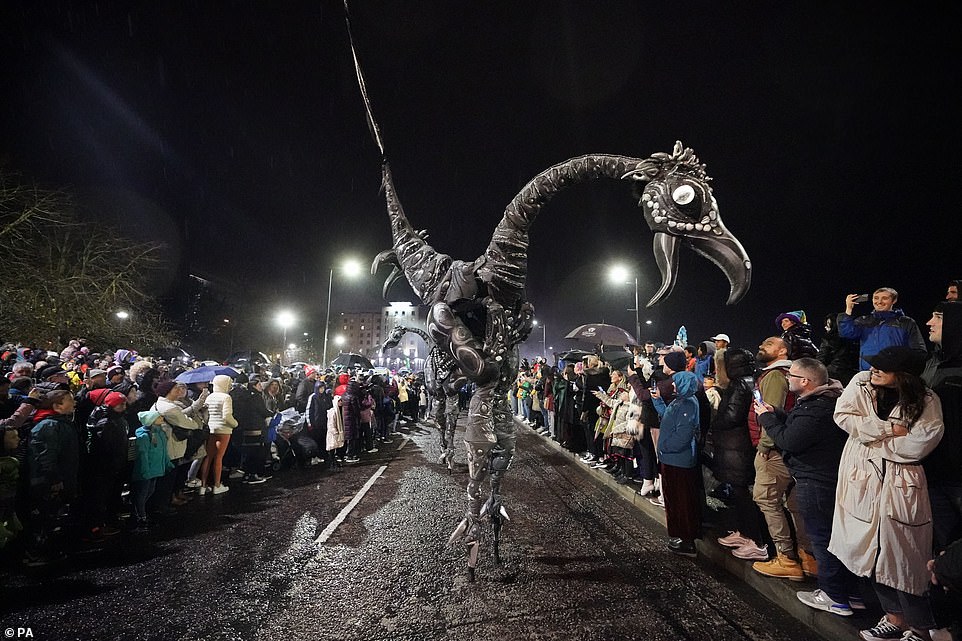 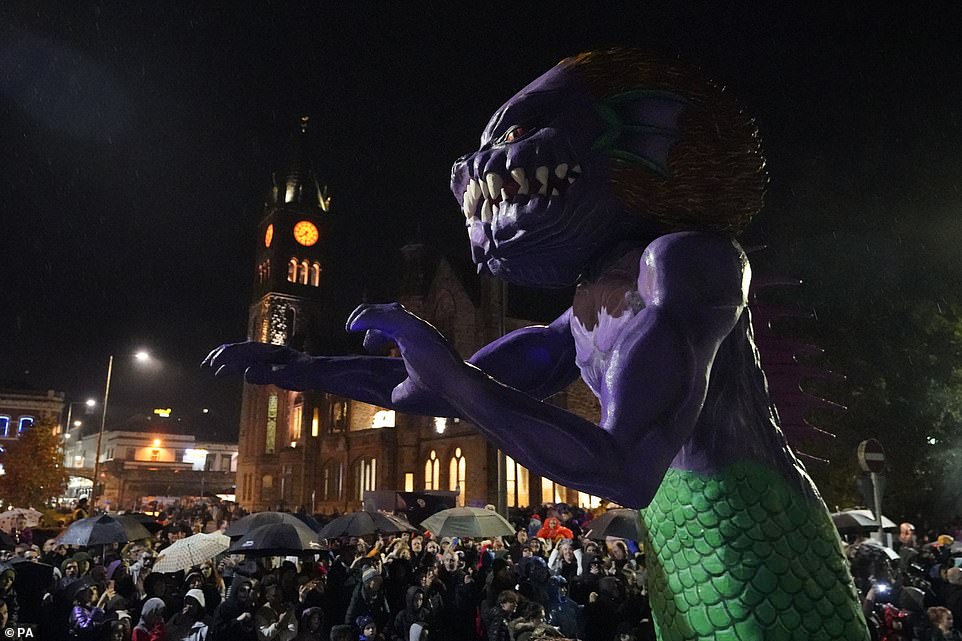 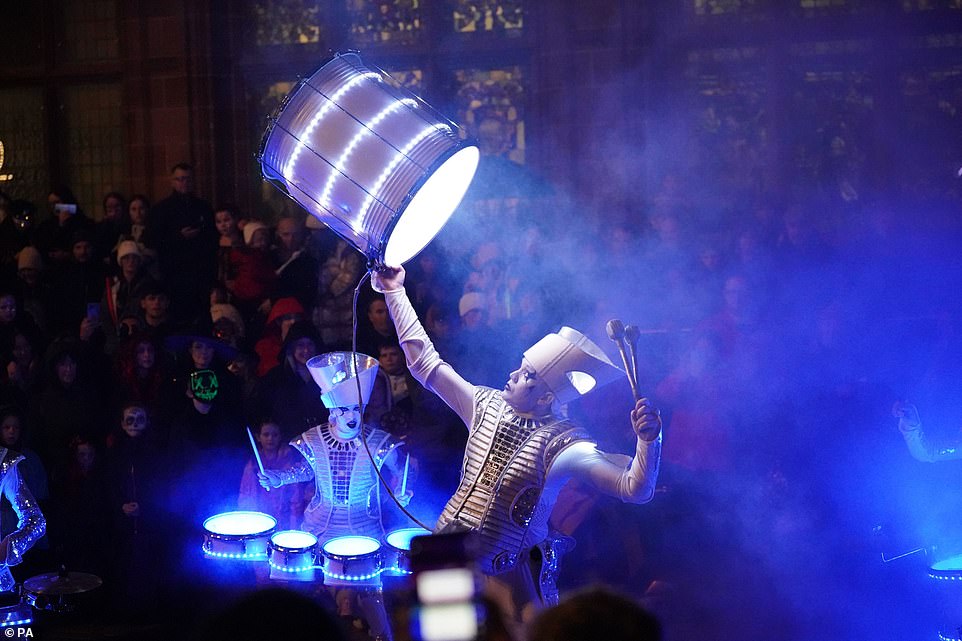 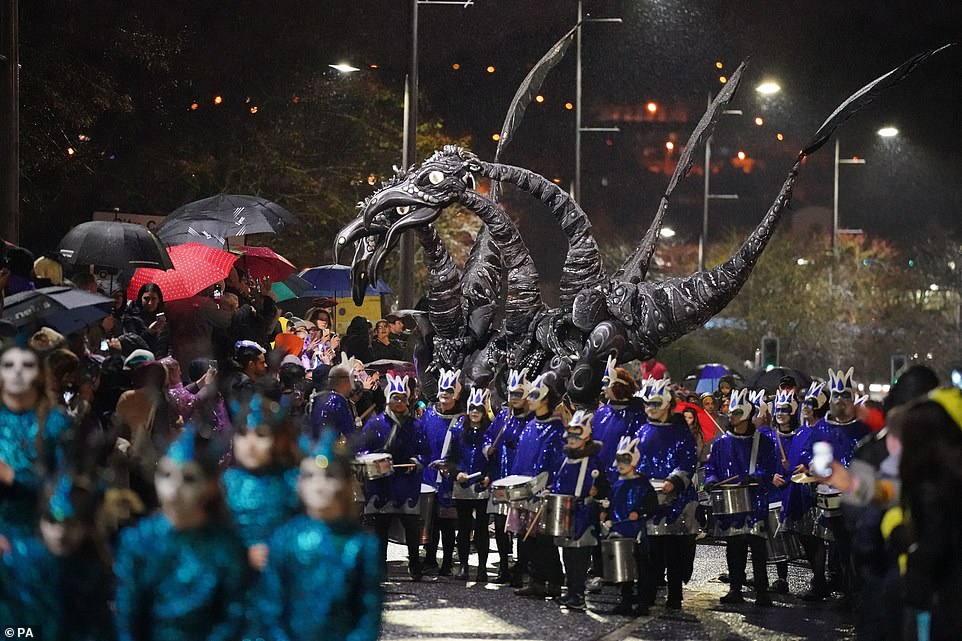 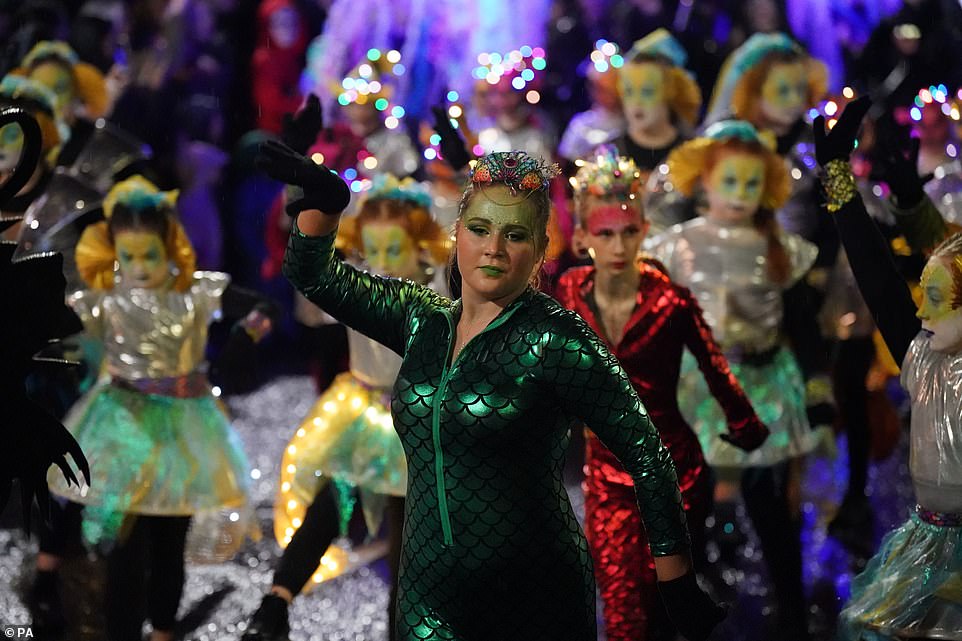 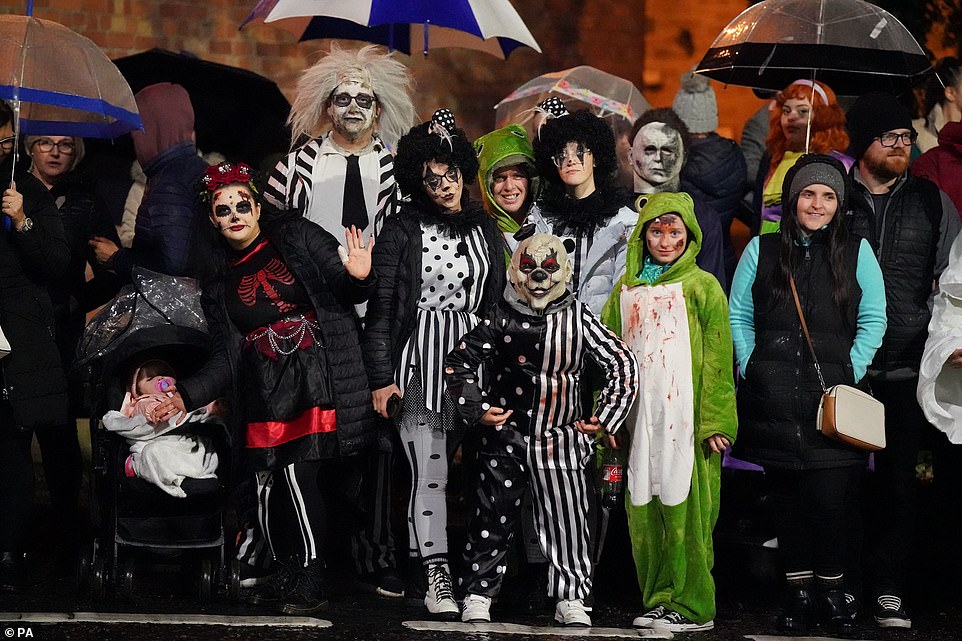 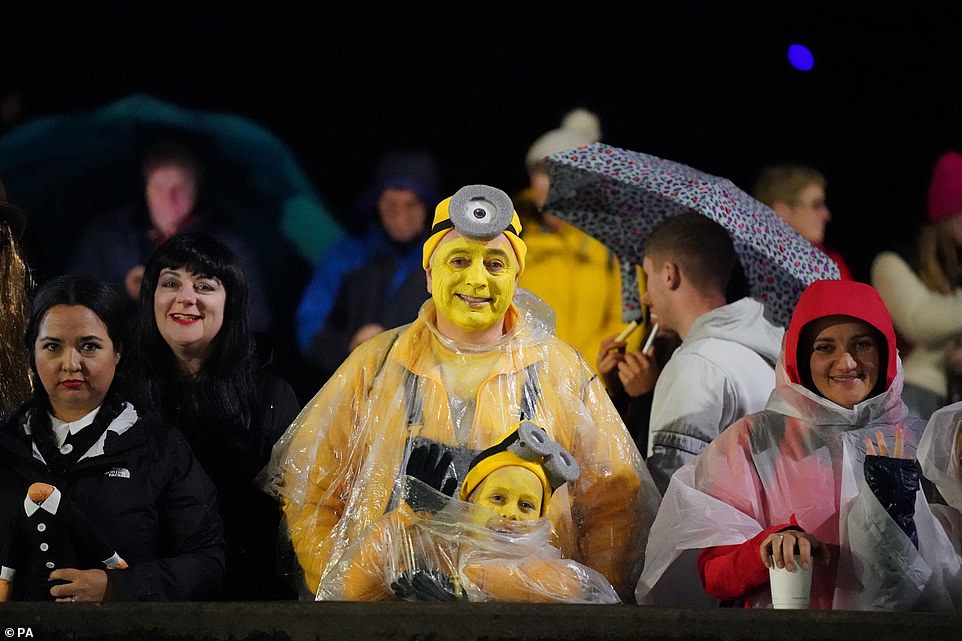 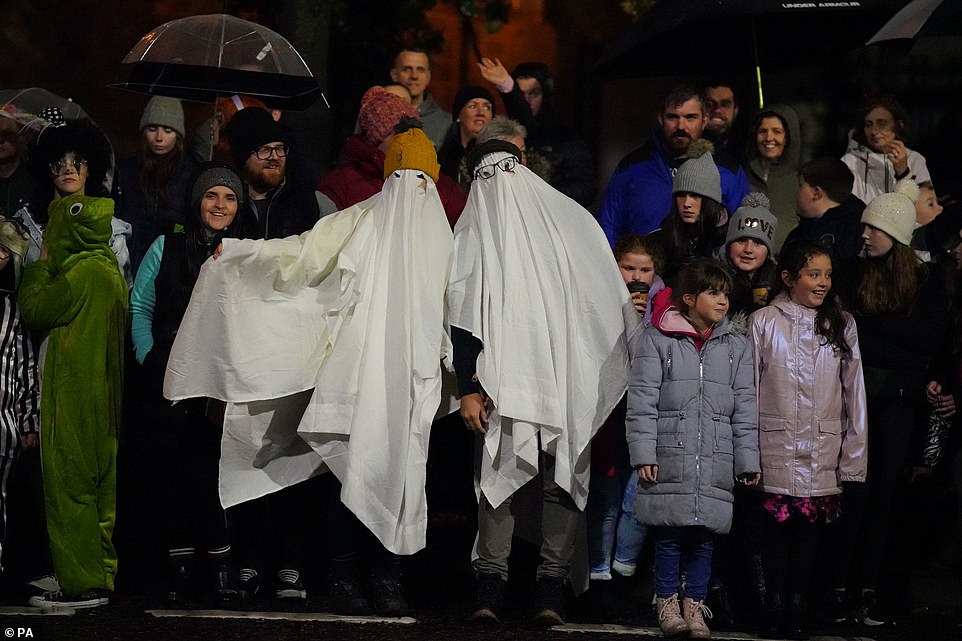 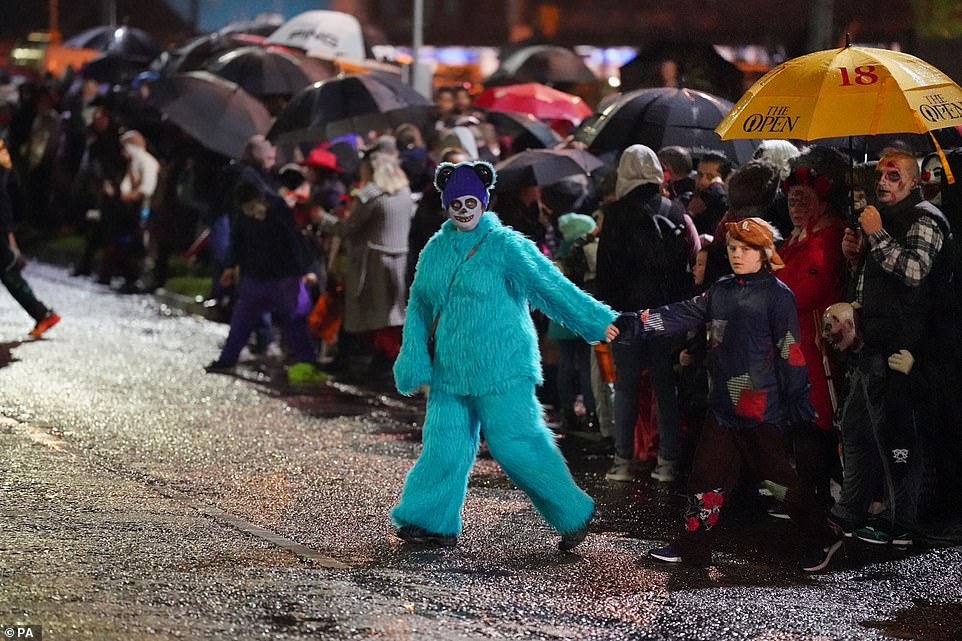 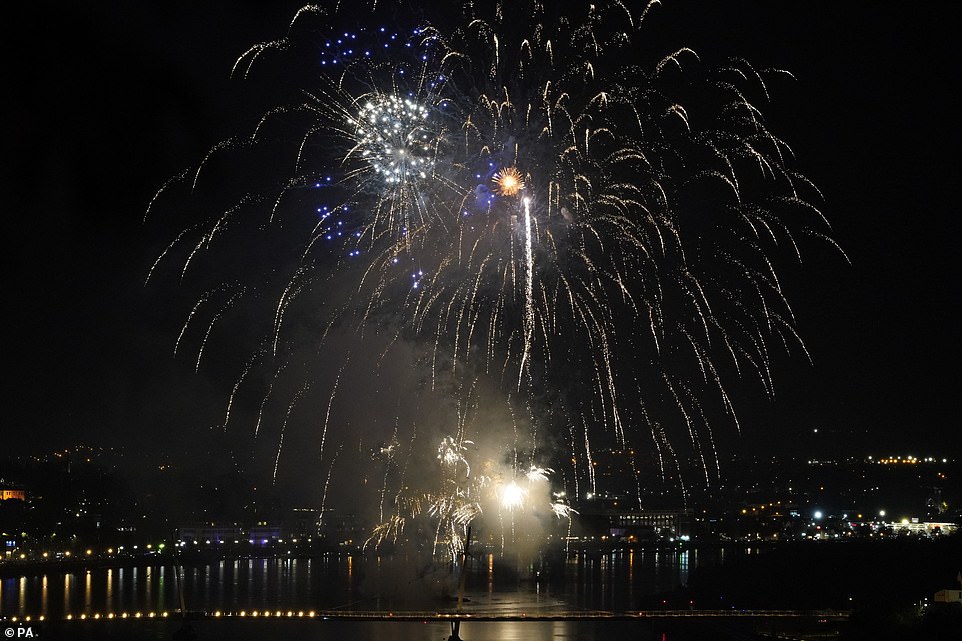 A spectacular fireworks display rounded off the evening, as thousands gathered to watch the returning parade 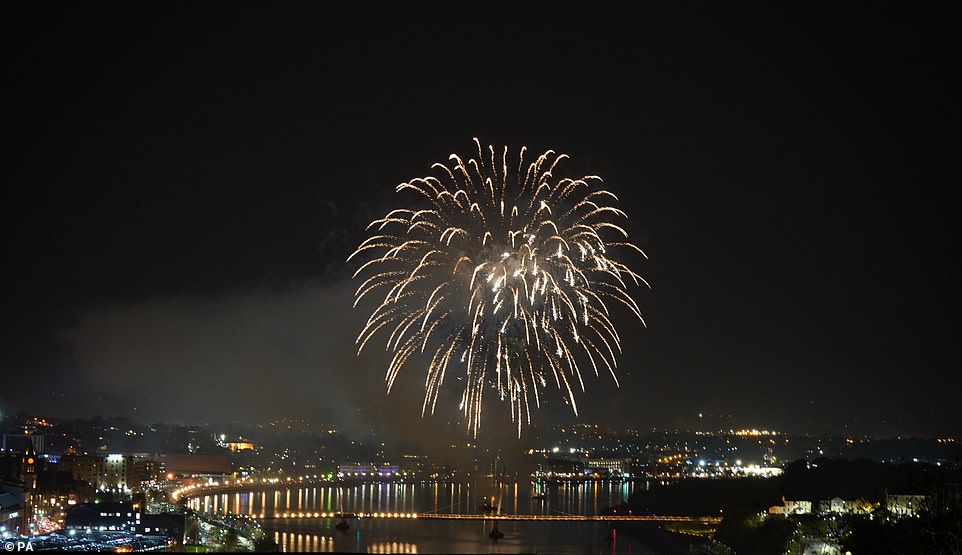