A nonprofit for individuals with limb differences is vying for a world “where ability is not defined” by someone’s physical appearance.

It’s one of the reasons why the I Am Possible Foundation launched its “This Is Me” social media challenge, encouraging others to look beyond appearances in order to see “the full picture.”

To participate, anyone dealing with either a disability or illness is asked to create a video – set against the song “This is Me” from the movie The Greatest Showman – where they describe who they are and what they like to do and post it to Instagram. Users are also asked to use the hashtag #thisismecelebration and tag the foundation’s Instagram page so it can be shared.

To kick off the effort, the foundation shined a spotlight on its ambassador, Piper Gill, who shared her story about having TAR syndrome and Crohn’s disease.

But that’s only part of her identity.

In the video clip, Gill held up various sheets of paper in front of the camera that described other aspects of her personality – well beyond her physical limitations – from her love of singing, swimming, playing soccer to just “being creative.”

“I think there is a common misconception that people are solely defined by certain things such as events, illnesses, disabilities, and things of that nature,” Gill told Fox News. “I like to think that we as people are a mixture of our interests, experiences, pain, joy, the people we love, triumphs, trials, and so much more.”

The “This is Me” challenge, she said, is “celebrating what makes us all beautifully unique” and that it’s “about taking the time to truly see people and ourselves for the full picture.”

The foundation will be sharing “This is Me” reels throughout the entire month of June, which Gill hopes will make a difference in the inflammatory bowel disease (IBD) and limb difference communities.

It’ll show them “that they aren’t alone, that they deserve to be celebrated and loved, and that no matter what anyone says, you are so much more than your illness or disability,” she said.

Nicole Brennan founded the I Am Possible Foundation in 2019 in an effort to help individuals with limb differences overcome obstacles and understand that they are not defined by physical appearances. 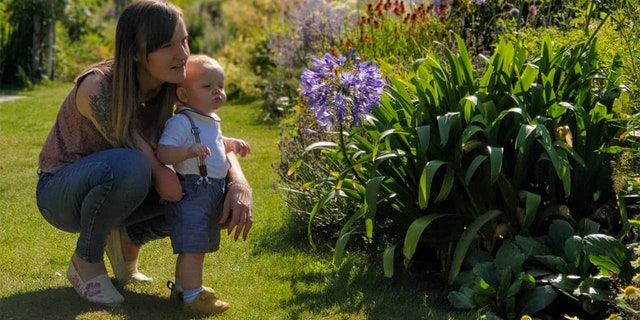 The foundation has dozens of ambassadors worldwide supporting its goal of trying to create a “world where ability is not defined by physical form,” according to Brennan.

Although these disabilities can bring “unnecessary limitations … it certainly does not define you,” Gill said.