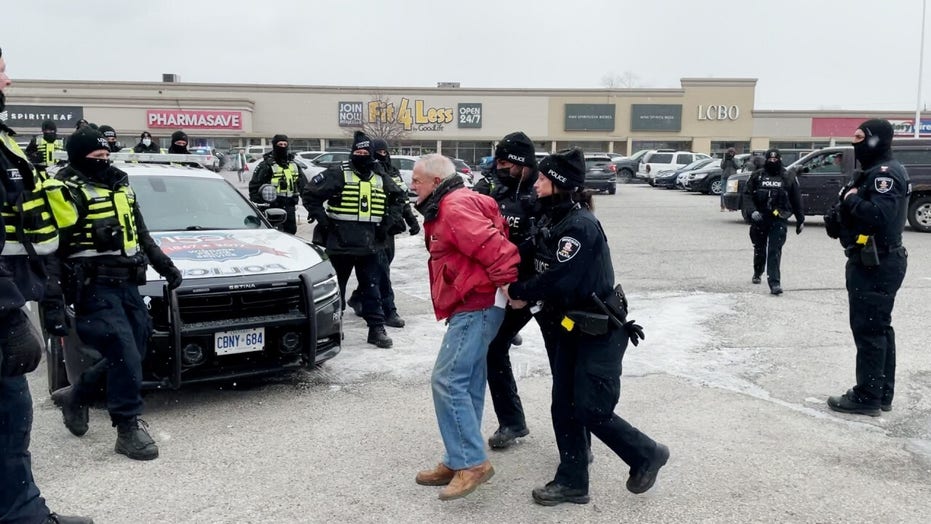 WATCH NOW: ‘This is Canada it’s supposed to be a free country’, bridge blockade protesters speak out after police move in

“This is Canada, it’s supposed to be a free country,” one 83 years old-man named Joachim Machnic told Fox News. “We have the right to protest” and “now we’re even being denied the place to protest.” 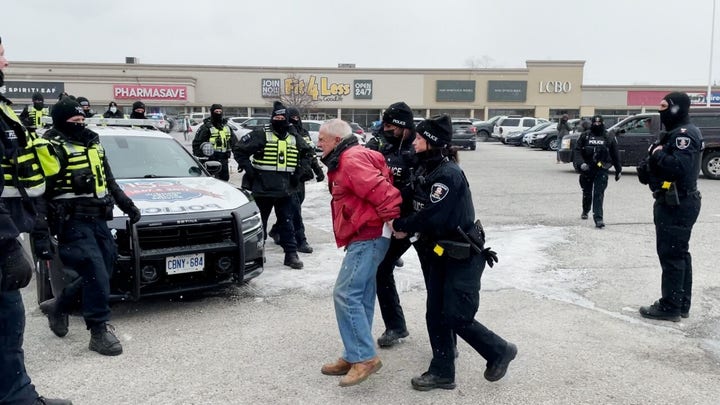 The Ambassador Bridge, which connects roughly one-quarter of Canada-U.S. trade, has been blocked for nearly a week by demonstrators advocating for an end to COVID-19 mandates. On Friday, a Canadian court ordered protesters vacate the area. 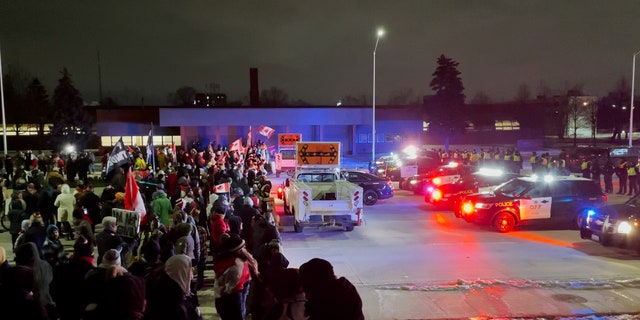 Saturday evening at the Ambassador Bridge in Windsor, Canada, where barricades separated a long line of police and protesters
(Fox News Digital/Lisa Bennatan)

On Sunday morning, police pushed remaining protesters down the road and away from the bridge, making at least a dozen arrests and towing vehicles along the way.

One demonstrator said: “It’s unreal. It would be nice to have a little bit more support from the police, but I guess it comes down to this.” 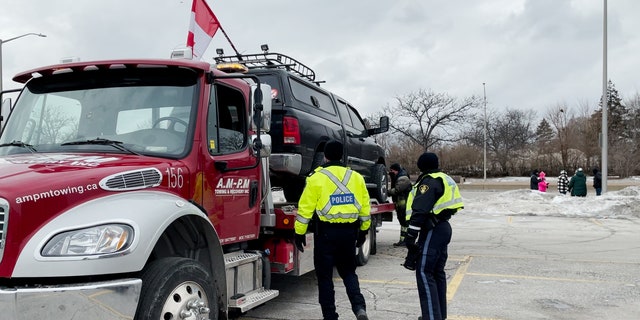 Lynn McDonald, said: “It’s ridiculous” referring to the large police presence. “This is not what we put our tax payer money out for.” 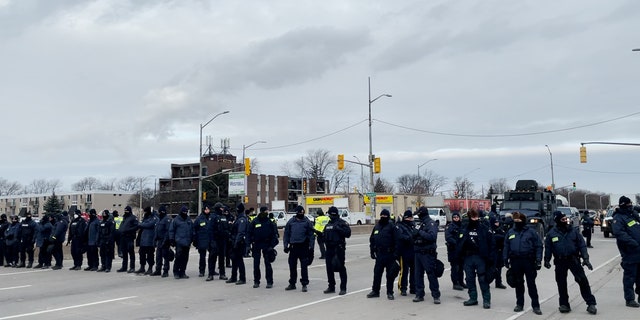 In a statement released Sunday morning, Windsor Police said: “throughout this demonstration, Police have respected the protesters’ freedom of expression and their right to a peaceful assembly…remaining committed to professionalism, keeping lines of communication open and using proper  police discretion, guided our response to this major event.” 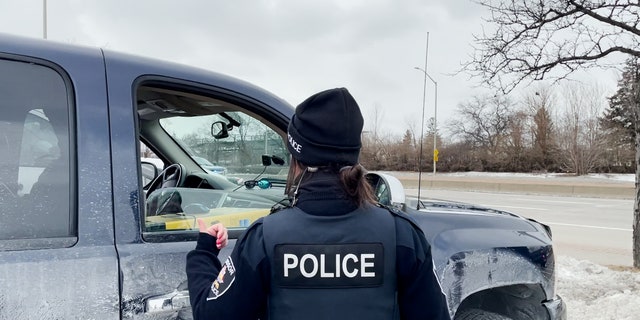 A few streets down from the Windsor Ambassador Bridge, Police warn a demonstrator he will be towed if he doesn’t move his vehicle
(Fox News Digital/Lisa Bennatan)

But Machnic felt the response “especially” by “Trudeau and Ford” was turning Canada into “a communist system.”

On Friday, Trudeau called for an end to the “illegal blockades that are taking our neighborhoods and our economy hostage.”

Other demonstrators were also critical of Trudeau. “You can’t help but notice, Prime Minister Justin Trudeau takes a knee in solidarity with other groups, radical groups, and yet he cowers when we, the people, are speaking,” the demonstrator said. “It doesn’t reflect well on our leaders,” he continued.

Many Canadian protesters felt their movement against COVID-19 mandates would continue. 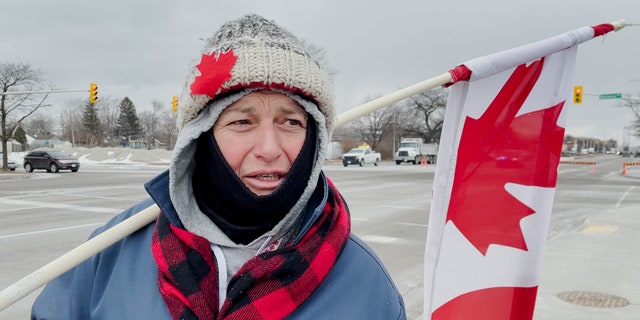 “I do think it’s going to continue because there’s a lot of people that really believe strongly in what’s going on.” 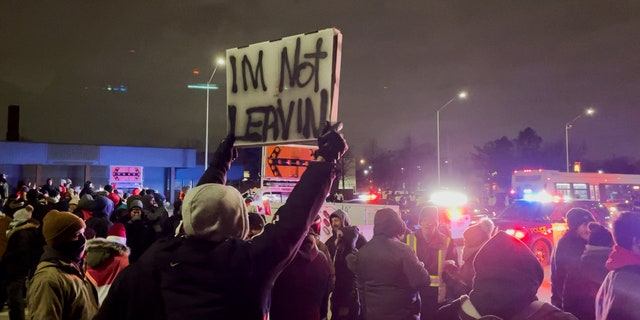 A protester holds up on "I’m not leavin" sign on the sixth consecutive night of protests blocking the Ambassador Bridge in Windsor, Canada
(Fox News Digital/Lisa Bennatan)

Another woman, Lynn McDonald, agreed and said “we just need to regroup.”

Similarly, a protester told Fox News: “I’m here for my freedom and it’s not over till it’s over.” 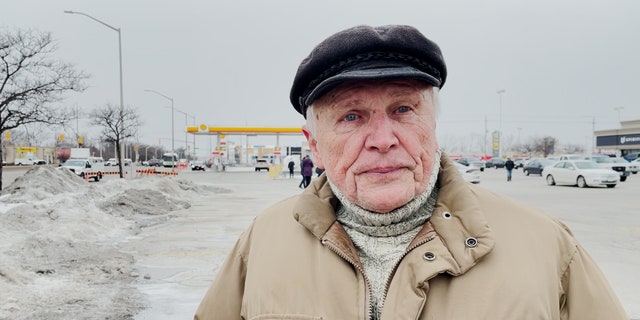 Windsor Mayor Drew Dilkens said Sunday “today, our national economic crisis at the Ambassador Bridge came to an end” and “border crossings will reopen when it is safe to do so” deferring to police and border agencies to make the determination.