Mongolia promised its people a “COVID-free summer.” Bahrain said there would be a “return to normal life.” The tiny island nation of the Seychelles aimed to jump-start its economy.

All three put their faith, at least in part, in easily accessible Chinese-made vaccines, which would allow them to roll out ambitious inoculation programs at a time when much of the world was going without. 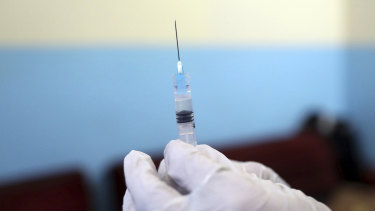 A doctor fills a syringe with the Sinopharm COVID-19 vaccine at a vaccination centre in Kabul. Credit:AP

But instead of freedom from the coronavirus, all three countries are now battling a surge in infections.

China kicked off its vaccine diplomacy campaign last year by pledging to provide a shot that would be safe and effective at preventing severe cases of COVID-19. Less certain at the time was how successful it and other vaccines would be at curbing transmission.

Now, examples from several countries suggest that the Chinese vaccines may not be very effective at preventing the spread of the virus, particularly the new variants. The experiences of those countries lay bare a harsh reality facing a post-pandemic world: The degree of recovery may depend on which vaccines governments give to their people.

In the Seychelles, Chile, Bahrain and Mongolia, 50 per cent to 68 per cent of the populations have been fully inoculated, outpacing the United States, according to Our World In Data, a data tracking project.

All four ranked among the top 10 countries with the worst COVID outbreaks as recently as last week, according to data from The New York Times. And all four are mostly using shots made by two Chinese vaccine makers, Sinopharm and Sinovac Biotech. 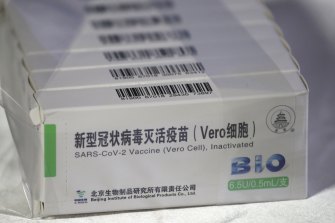 “If the vaccines are sufficiently good, we should not see this pattern,” said Jin Dongyan, a virus expert at the University of Hong Kong. “The Chinese have a responsibility to remedy this.”

Scientists don’t know for certain why some countries with relatively high inoculation rates are suffering new outbreaks. Variants, social controls that are eased too quickly and careless behaviour after only the first of a two-shot regimen are possibilities. But the breakthrough infections could have lasting consequences.

In the United States, about 45 per cent of the population is fully vaccinated, mostly with doses made by Pfizer-BioNTech and Moderna. Cases have dropped 94 per cent over six months.

Israel provided shots from Pfizer and has the second-highest vaccination rate in the world, after the Seychelles. The number of new daily confirmed COVID-19 cases in Israel is now around 4.95 per million.

In the Seychelles, which relied mostly on Sinopharm, that number is more than 716 cases per million.

Disparities such as these could create a world in which three types of countries emerge from the pandemic — the wealthy nations that used their resources to secure Pfizer-BioNTech and Moderna shots, the poorer countries that are far away from immunising a majority of citizens, and then those that are fully inoculated but only partially protected.

China, as well as the more than 90 nations that have received the Chinese shots, may end up in the third group, contending with rolling lockdowns, testing and limits on day-to-day life for months or years to come. Economies could remain held back. And as more citizens question the efficacy of Chinese doses, convincing unvaccinated people to line up for shots may also become more difficult. 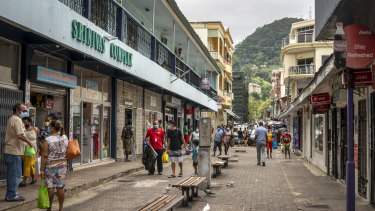 Seychelles has seen higher numbers of cases of coronavirus following the use of China-made vaccines. Credit:AP

One month after receiving his second dose of Sinopharm, Otgonjargal Baatar fell ill and tested positive for COVID-19. The 31-year-old miner spent nine days in a hospital in Ulaanbaatar, the capital of Mongolia. Otgonjargal said he is now questioning the usefulness of the shot.

“People were convinced that if we were vaccinated, the summer will be free of COVID,” he said. “Now it turns out that it’s not true.”

Beijing saw its vaccine diplomacy as an opportunity to emerge from the pandemic as a more influential global power. China’s top leader, Xi Jinping, pledged to deliver a Chinese shot that could be easily stored and transported to millions of people around the world. He called it a “global public good.”

Mongolia was a beneficiary, jumping at the chance to score millions of Sinopharm shots. The small country quickly rolled out an inoculation program and eased restrictions. It has now vaccinated 52 per cent of its population. But on Sunday, it recorded 2400 new infections, a quadrupling from a month before.

No vaccine fully prevents transmission and people can still fall ill after getting inoculated, but the relatively low efficacy rates of Chinese shots have been identified as a possible cause of the recent outbreaks.

The Chinese companies have not released much clinical data to show how their vaccines work at preventing transmission. On Monday, Shao Yiming, a public health researcher with the Chinese Centre for Disease Control and Prevention, said that China needed to fully vaccinate 80 per cent to 85 per cent of its population to achieve herd immunity, revising a previous official estimate of 70 per cent.

Despite the spike in cases, officials in both the Seychelles and Mongolia have defended Sinopharm, saying it is effective in preventing severe cases of the disease.

Batbayar Ochirbat, head researcher of the Scientific Advisory Group for Emergencies at Mongolia’s Ministry of Health, said that Mongolia made the right decision to go with the Chinese-made shot, in part because it has helped keep low the mortality rate in the country. Data from Mongolia showed that the Sinopharm vaccine was actually more protective than the doses developed by AstraZeneca and Sputnik, a Russian vaccine, according to the health ministry.

The reason for the surge in Mongolia, Batbayar said, is that the country reopened too quickly, and many people believed they were protected after only one dose.

“I think you could say Mongolians celebrated too early,” he said. “My advice is the celebrations should start after the full vaccinations, so this is the lesson learned. There was too much confidence.”