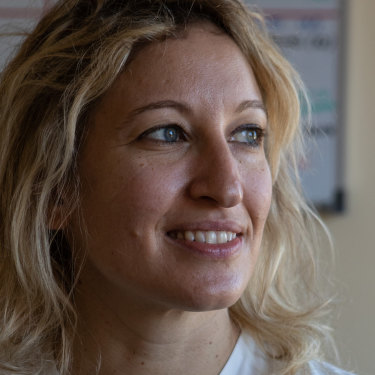 Annalisa Malara marked an anniversary with a difference over the weekend. One year ago, the young doctor was working at Codogno hospital when she asked to see a patient gasping for air. This encounter would save the man’s life, put the world on high alert and radically alter Malara’s career.

“That day is impressed in my memory,” she says. “I could never forget it.”

The patient, now known as Mattia Maestri, was an athletic 38-year-old who had come to the emergency department on February 18 with fever, cough, and shortness of breath. He was given antibiotics but did not stay. He came back that night in worse shape and was admitted. Nobody knew what was wrong. 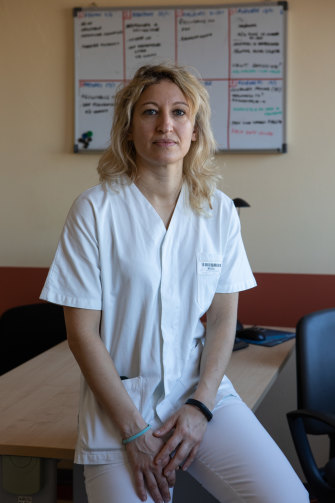 Annalisa Malara broke the rules but was later rewarded with Italy’s highest honour.Credit:Getty

Malara, a 39-year-old intensive care specialist and anaesthesiologist, saw “terrible” scans of the patient’s lungs on February 20 and promptly put him in the intensive care unit where he was intubated. During a conversation with his distressed and pregnant wife, Malara learned the patient had two weeks earlier enjoyed dinner with a colleague who had recently returned from China.

However there was a problem: under national rules at the time, suspected coronavirus patients could only be given a test if they had actually been to China. Maestri did not qualify.

Malara ignored the guidance and conducted the nasal swab anyway. She sent it to Milan at midday and put the seriously-ill Maestri into quarantine along with herself and some nurses. The result came back positive at 9pm, making Maestri Italy’s first confirmed case, or ‘Patient One’.

“We were shocked, completely shocked, because COVID-19 was a big problem in China and then I realised this would also be a huge problem not just for my patient, but also me because I was exposed to it, and a problem for my colleagues in the hospital and everyone in the region,” Malara says.

“In the beginning we didn’t know anything about the virus. I was very scared because I thought I could die but at the same time I had to continue to work and treat that patient. That was my priority, because he could die too.” 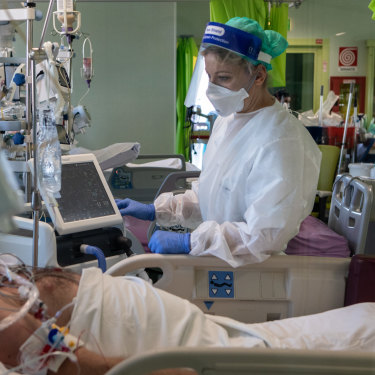 Dr Annalisa Malara next to a patient in the COVID-19 intensive care unit of the Ospedale Maggiore di Lodi.Credit:Getty

Within hours, more patients descended on the hospital with similar flu-like symptoms. While a small number of COVID-19 cases had already been found in Europe, the cluster detected by Malara and her colleagues in northern Italy was the first sign that the continent could be on the verge of a major outbreak.

The clear evidence of rapid transmission forced the Italian government to throw up a ‘red zone’ around 10 towns in the hope of containing the disease.

Failure was inevitable. We now know the virus was seeding long before Maestri arrived at Codogno hospital on February 18: traces of COVID-19 were found in Milan and Turin sewerage samples dating back to December 2019, and the National Cancer Institute has used blood samples to claim the virus may have even been in Italy as early as September.

Malara worked 36 hours straight that weekend at the hospital south-east of Milan to limit risk to other colleagues. “The nurses who worked with me were amazing. They treated the patients without being scared or saying anything negative. I still think about them.”

The decision to ignore the testing rules would later win her and Ricevuti the Order of Merit of the Italian Republic – Italy’s highest honour. But in the immediate wake of the positive test, Malara felt pressure.

“When I ordered the test, I didn’t think about the consequences of that decision because my focus was only the patient,” she says.

“But after a few hours I started to receive a lot of phone calls with people asking, ‘why did you decide to do this test’ or ‘don’t you know you don’t have to do it?’ or ‘are you sure this is the right thing to do and have you tested the patient for other things?’. 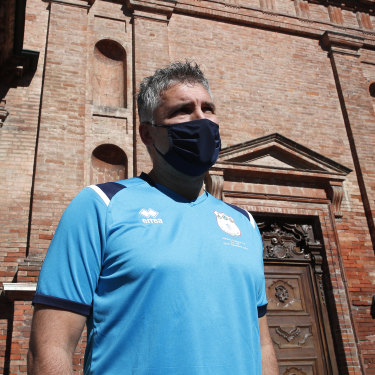 Mattia Maestri survived his ordeal and became a symbol of hope in shell-shocked Italy. Credit:AP

The Unilever manager took part in a 180-kilometre relay race in September which began in Codogno, where he became the first person in Italy to test positive, and ended in the village of Vo’Euganeo, where Italy’s first death was recorded.

Malara continued to work in coronavirus wards but is now studying at the University of Padua: “I have learnt from the past year that it’s important to be a good doctor and to continue to improve.”

She heard a beep on her phone mid-last year and picked it up to find a text from Mattia: “He said, ‘I was afraid to bother you if I called earlier, but I wanted to tell you I am thankful for your work and I’m alive because of you’.”