We’re frequently told that one of the principal benefits of a university education is that students will become independent, critical thinkers, with the ability to make judgements about the accuracy and value of the seemingly limitless amounts of information that swirls around us.

In an era of fake news, spin and the deliberate spread of misinformation this is, indeed, a valuable skill, but not one governments or even institutions of learning are always keen on. 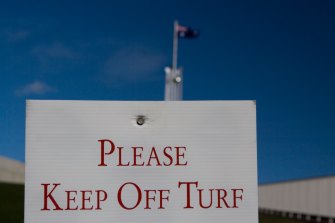 Indeed, acquiring such skills is about to become much harder for students at the University of Western Australia if a new proposal from management is successful.

That proposal aims to drastically reduce the number of people working on international affairs and the politics and societies of the Indo-Pacific – despite the university having identified this as a priority area.

In the process, Asian studies will be further marginalised and it will no longer be possible to study anthropology in WA.

It’s too controversial to suggest that the Morrison government is not keen on universities, or not the bits that are actively involved in ‘speaking truth to power’, at least.

In a democracy like Australia, we actually used to expect academics to speak up about important issues in their areas of expertise, and even call out bad policy or problems that aren’t understood or addressed by governments.

The quintessential current example of this possibility, of course, is climate change. Not only did climate scientists working in universities figure out what’s causing global warming, but they also made some sensible suggestions about possible ways of fixing it.

Governments may not always want to hear such things, but young people plainly do. 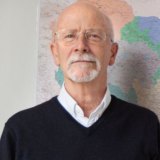 Enrolments in the area I work in – international politics – have increased dramatically, despite the Morrison government jacking up fees in the social sciences and humanities in a deliberate effort to discourage people studying in this area.

If we’re responding to ‘market signals’ there ought to be more people working in the social sciences not fewer.

But universities seem to be taking the government’s unsubtle hint.

At the University of Western Australia where I work, dramatic reductions in faculty numbers and course offerings are currently underway in disciplinary areas not deemed essential to the institution’s future vision.

Thankfully, this process of ‘restructuring’ and rebranding hasn’t been quite as brutal so far as it was at Murdoch University, but the reputational damage for both institutions and the education sector in the state as a whole is potentially significant.

More importantly, perhaps, we are depriving students of the chance to learn about things that are vitally relevant to their future.

The politics of climate change may be the most consequential, but public policy, relations with China, the apparent crisis of democracy – and young people’s confidence in it – are all issues that will profoundly influence their futures, which are likely to be far more unpleasant and challenging than mine was at their age.

I’m not sure if we really get any wiser as we age, but I am sure that it’s easier to rip things down than it is to build them up.

Closing down departments may help to address a possible budgetary problem in the short term, but the loss of intellectual capital will reduce our collective capacity to understand the increasingly dysfunctional world we inhabit.

If senior managers are really serious about making savings for the sake of the institution, they could follow the lead of the Australian National University’s vice-chancellor, Brian Schmidt, and negotiate a pay cut.

Some will no doubt think this is all self-serving nonsense. Perhaps so. But as I tell students, you can think what you like, but let’s see the evidence and hear a better argument.

Critical thinking really is a valuable skill that takes some cultivation. The ability to think independently about complex issues, particularly the political variety, is something the coming generation needs more than ever.

Universities are vital parts of this process if they take their rhetoric about critical thinking seriously. The alternative is what’s happened in China and even more tragically Hong Kong.

Western Australia risks losing the capacity to think about the way we collectively engage with the world – and the rest of Australia, for that matter.

We already have a reputation for parochialism and insularity. Let’s not make it worse by deliberately trashing our collective understanding of our very fortunate place in the Indo-Pacific.

If we don’t take an interest and understand where we live, who will?

Mark Beeson is Professor of International Politics at the University of Western Australia. His latest book is Environmental Anarchy? International Security in the 21st Century, (Bristol: Bristol University Press). He is donating this year’s salary to Médecins Sans Frontières.