The new pirates of the Caribbean: Surge in violence ‘worthy of the 17th century’ in the seas off Venezuela amid fears ‘free-for-all’ robbery, smuggling and kidnapping crime wave will lead to East Africa-style cargo ship hijackings

Piracy ‘worthy of the 17th century’ has broken out in the Caribbean Sea amid fears the crime wave will lead to East Africa-style ship hijackings.

Yachts have been raided, hostages seized for ransom and fishing crews hacked up with machetes during the ‘free-for-all’ crime wave.

Traffickers from crisis-hit Venezuela, currently in the grip of economic turmoil, are smuggling drugs, military-grade weapons, women and even exotic animals through the tropical seas off its coast, witnesses have said.

The situation has descended into ‘criminal chaos’, according to Jeremy McDermott of Insight Crime, which studies organised crime in the region.

According to the Washington Post, officials in nearby Trinidad are now fearful of seeing a version of the hijacking crisis that gripped the Horn of Africa several years ago when moving ships were hunted down by bandits who then seized hostages and demanded huge ransoms. 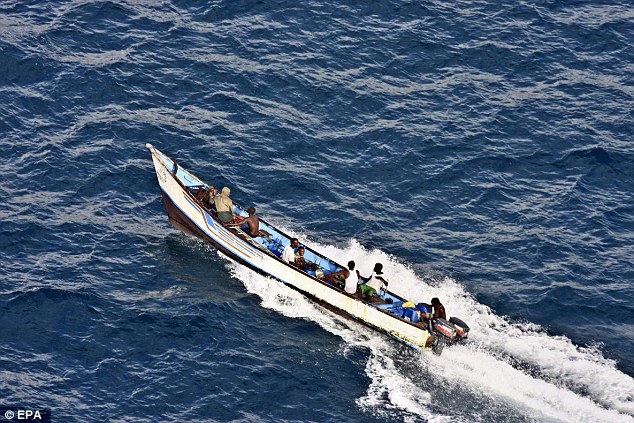 Piracy ‘worthy of the 17th century’ has broken out in the Caribbean Sea amid fears the crime wave will lead to East Africa-style ship hijackings. Pictured: A skiff similar to the kind often used by Somali pirates at the height of the crisis off the Horn of Africa 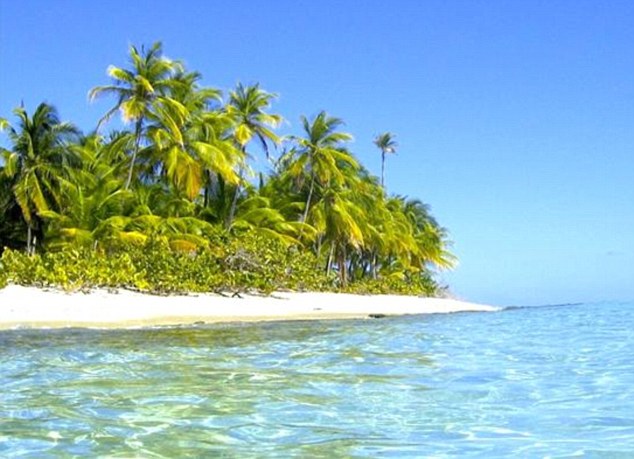 Yachts have been raided, hostages seized for ransom and fishing crews hacked up with machetes, burned with hot oil and dumped overboard during a ‘free-for-all’ crime wave in the Caribbean Sea (file picture)

Piracy off eastern Africa’s coast was once a serious threat to the global shipping industry but it has lessened in recent years after an international effort to patrol the region.

Focus is now turning towards the Caribbean Sea, which is seeing a terrifying resurgence of the pirate activity for which it became famous in the 17th century.

Experts have pointed to the crippling economic meltdown unfolding in Venezuela, under the socialist regime of President Nicolas Maduro, which has led to food and medicine shortages and sky-high inflation.

In May, Reuters reported the Oceans Beyond Piracy (OBP) non-profit group as recording 71 incidents in Latin America and the Caribbean in 2017 – a 163 per cent increase over 2016.

OBP said the majority of the attacks occurred in territorial waters, with around 59 per cent of incidents involving robbery on yachts.

Anchorages in Venezuela, Saint Vincent and the Grenadines, Colombia and St. Lucia were the regional hot spots during 2017, it said.

The report found a ‘significant increase in violent incidents and anchorage crime, particularly in the anchorages of Venezuela’. 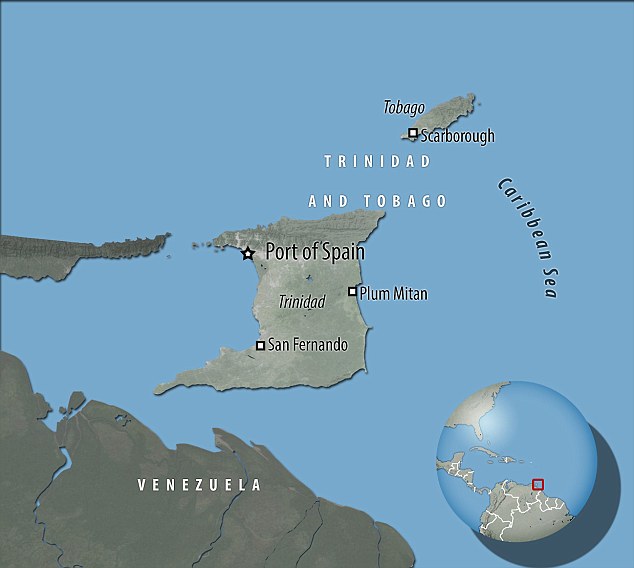 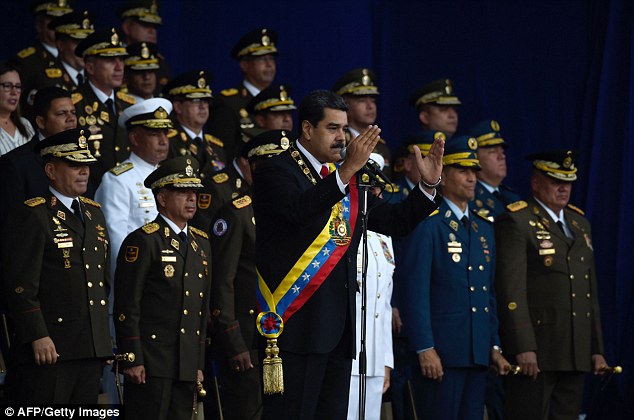 Experts have pointed to the crippling economic meltdown unfolding in Venezuela, under the socialist regime of President Nicolas Maduro (pictured)

In late April a pirate attack off the coast of Suriname left at least a dozen fishermen from neighbouring Guyana missing and feared dead with three separate bodies found in what was described by Guyana’s President David Granger as a ‘massacre’.

In a separate incident in May a fishing boat captain was shot dead after his vessel was attacked off Suriname while the rest of the crew survived.

Speaking to the Washington Post reports, a Venezuelan port official said ships are now increasingly dropping anchor further from the coast and turning off lights and engines to avoid detection at night.

But commercial vessels have already been hit, including one which was targeted while at anchor by knife and gun-wielding pirates who tied up victims and looted cabins for valuables and food.

Trinidad has launched coastguard patrols in the waters that separate the island from Venezuela. 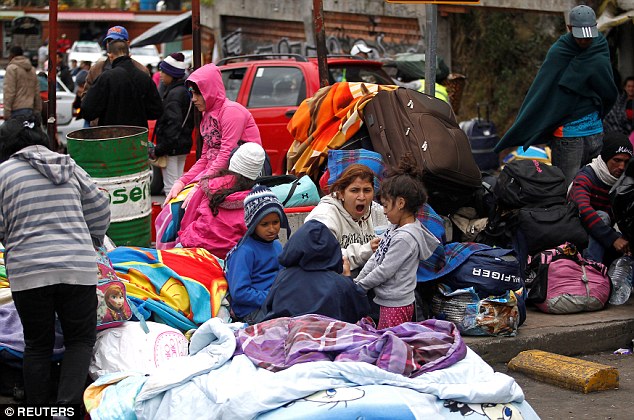 But opposition politician Roodal Moonilal, of the United National Congress party, told the Washington Post: ‘This reminds me of how the problems started off the coast of eastern Africa. What we’re seeing – the piracy, the smuggling – it’s the result of Venezuela’s political and economic collapse.’

The violence is not limited to the Venezuelan coast and reports of piracy have been recorded around paradise island St. Lucia as well as Honduras, Nicaragua and Haiti.

But with conditions deteriorating in Venezuela, the country has become a particular hotspot for piracy.

The Post spoke to 36-year-old fisherman Jimmy Lalla who said his boat had been targeted off Venezuela last year.

A vessel pulled up alongside before a pirate screaming in Spanish produced a gun and forced some of the crew to leap into the water. The captain was taken hostage and has not been seen again, his father said.