It is always sad when people leave the family. Leaving well, leaving the door open for future closer relationships, both come to mind as responsibilities for all involved.

The Anglican Church of Australia has no exemption from the stresses and strains within these family relationships. Despite the church continuing to uphold the traditional concept of marriage between a man and a woman to the exclusion of all others for life, some within the church advance a different narrative and argue that the church is wrongly progressive on marriage. 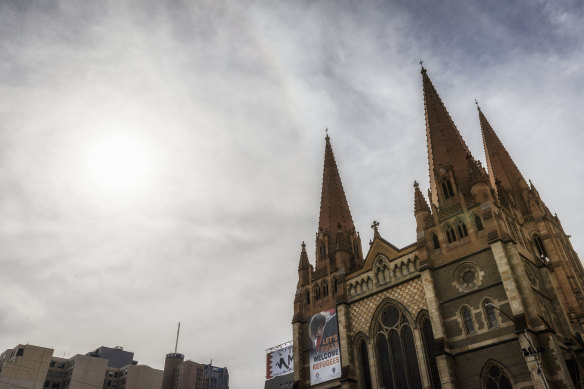 Therefore, Anglicans are experiencing this sadness now, with the launch this week of a new entity called the Diocese of the Southern Cross for those who wish to leave the Anglican Church over same-sex blessings and other tensions.

The recent trigger for this breakaway was a decision of the Appellate Tribunal, the church’s highest body in interpreting its constitution, that each diocese could make a decision about offering a form of blessing for civil marriages which, since 2017, has included the marriage of same-sex partners.

The General Synod (parliament of all dioceses) in May confirmed the traditional doctrine but did not ban blessings of civil marriages.

Perhaps surprisingly, given the acceptance of same-sex marriage generally in the Australian community, Australian Anglicans have not taken up that possibility to anything like the same extent. This is, though, only one of the long-simmering points of tension that go back decades or longer between Australian Anglicans on a range of doctrinal, order and even identity concerns. 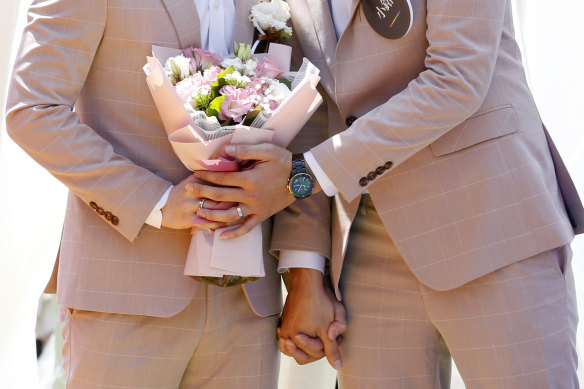 The ‘yes’ vote did not end the fight for gay marriage for people of faith.Credit:Bloomberg

We are held together in a constitutional framework that was settled in the 1960s which maintained a high level of independence for the constituent dioceses. The slow boil of different perspectives often overflows around different aspirations and in attempts to decide matters uniformly across the whole church.

Other Anglican churches around the world have resolved these constitutional and identity questions in their own way, some with greater centralisation, others with versions of the kind of decentralised polity seen in this country.

It is reported that a parish to the south of Brisbane will vacate its church premises and reconstitute its operations under the Diocese of the Southern Cross. Presumably some parishioners may remain as worshippers at the existing site, a new priest will be appointed and the Anglican Church in Southern Queensland will seek to rebuild a congregation and local ministry. Leaving a family can be messy and can seize the narrative of a local community for years to come.

Sydney is a highly conservative diocese, which for example does not ordain women priests or allow them to minister there. Melbourne is perhaps the most diverse diocese in Australia, but is regarded by Sydney as progressive. Two of Melbourne’s four assistant bishops are women.

Leaving a family can be acrimonious. In making these comments I am conscious of not wanting to add controversial words at a time of sensitivity. I recognise that this is a difficult path to walk and that, in the modern world of social media commentary, there will inevitably be hostile reactions where they seem undeserved. Such is the passion that arises out of decisions to leave a family.

I wrote to the clergy of Melbourne Diocese a little over a year ago when the company registration of the “Diocese of the Southern Cross” became public. I reminded them that just a decade earlier when the Roman Catholic Church formed the “Personal Ordinariate of Our Lady of the Southern Cross” five of our clergy, including the incumbents of Preston and Kooyong, left the Anglican Church of Australia and joined the Ordinariate. Lay people left with them and formed congregations of former Anglicans within the Catholic Church.

Our experience of rebuilding parish ministries after the loss of leadership and, in one case the entire congregation, gives me confidence that it is possible for people to leave well and for the church that remains to continue well. I am sure that the same protocols can be applied for any clergy and lay members of the Anglican Church who choose to join this new denomination.

It is my hope that Australian Anglicans will persist in the hard work of finding unity across difference. It will take effort, empathy and patience to achieve this reality, but it is the truth to which we are called by Jesus.