Women and children are being kept as slaves 400 years after the first traders shipped their human cargo to North America.

Children are handed over to work for wealthy families in Nigeria on false promises of schooling, while women are trafficked across the world to be prostituted or kept in indentured servitude.

Blessing was just six-years-old when her mother arranged for her to work as a servant for a family in the Nigerian city of Abuja, on the promise she would be put through school.

But when Blessing arrived in Abuja, there was no school, instead beatings with an electrical wire, rotten leftovers and endless housework. 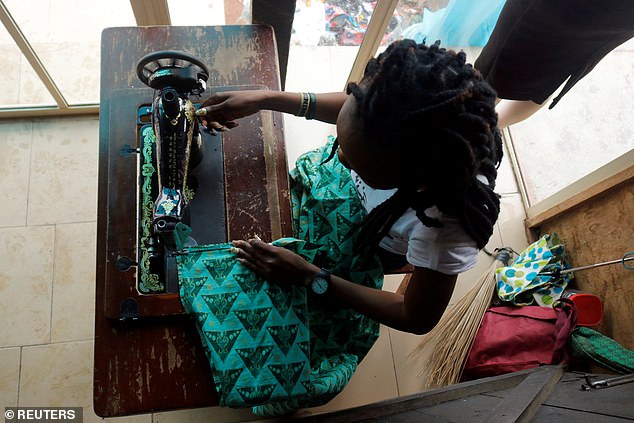 Claudia Osadolor hit hard times, she dropped out of university and headed to Russia after a cousin told her about someone who could help her get work there, with travel expenses paid. She left Nigeria with three other girls she did not know in June 2012. When she got to Russia a ‘madam’ came to pick her up. (pictured working today at a charity in Benin City) 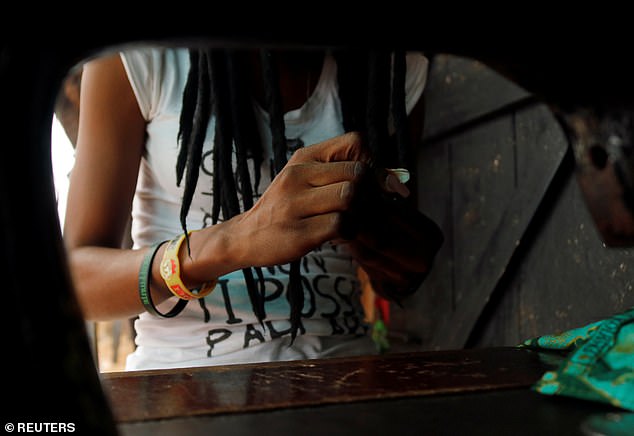 A woman, who says she was a victim of sexual exploitation and calls herself Claudia Osadolor to protect her identity, works as a tailor after training with the support of Nigerian charity Pathfinders Justice Initiative in Benin City

When her mother later moved to the city to be closer to her daughter, Blessing was unable to be alone with her when she came to visit.

‘If she asks me how am I doing I should say I am doing fine, they said.’

As the world marks 400 years since the first recorded African slaves arrived in North America, slavery remains a modern-day scourge.

Over 40 million people are estimated to be trapped in forced labour, forced marriages or other forms of sexual exploitation, according to the United Nations.

Blessing, now 11, is one such victim. She was rescued in 2016 by the Women Trafficking and Child Labour Eradication Foundation (WOTCLEF), an anti-human trafficking group, after two years of isolation and abuse.

She is still under the care of WOTCLEF, which gave consent for her to be interviewed for this story.

Africa has the highest prevalence of slavery, with more than seven victims for every 1,000 people, according to a 2017 report by human rights group Walk Free Foundation and the International Labour Office.

The report defines slavery as ‘situations of exploitation that a person cannot refuse or leave because of threats, violence, coercion, deception, and/or abuse of power.’

Trafficking of sex workers, many of them tricked into thinking they will get employment doing something else, is one of the most widespread and abusive forms of modern-day slavery.

The experiences of Claudia Osadolor and Progress Omovhie show how poverty increases women’s vulnerability to exploitation.

After Osadolor’s family in Benin City in southern Nigeria hit hard times, she dropped out of university and headed to Russia after a cousin told her about someone who could help her get work there, with travel expenses paid.

She left Nigeria with three other girls she did not know in June 2012. When she got to Russia a ‘madam’ came to pick her up.

Osadolor, now 28, says she was forced into prostitution and suffered internal injuries after being made to sleep with up to 20 men a day. She was trapped for three years, with the madam coming round every two weeks to take almost all of her money.

She cries as she recounts the trauma and her relief at escaping thanks to a chance meeting with a representative of the International Organization for Migration (IOM) at a metro station.

‘I feel like I paid the ultimate price for my family,’ she says. ‘But I thank God that I came back alive.’

Osadolor has been able to reintegrate into society after training as a tailor back in Benin with the support of Nigerian charity Pathfinders Justice Initiative. 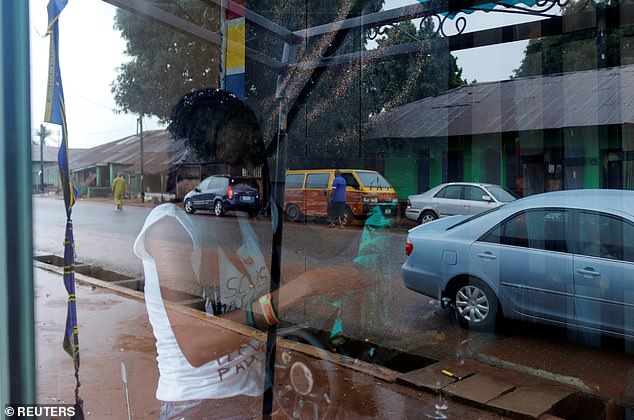 Ms Osadolor, now 28, says she was forced into prostitution and suffered internal injuries after being made to sleep with up to 20 men a day. She was trapped for three years, with the madam coming round every two weeks to take almost all of her money.

Omovhie, 33, also found herself enslaved after leaving Nigeria in 2015 in search of work. She paid an agent 700,000 naira (£1,600) – money she had borrowed – to smuggle her on a journey across the Sahara desert to Libya, hoping eventually to go to Europe.

The intended final destination of people smuggled across Africa like this is often Europe, but few make it that far.

Many are jailed or sold as indentured labourers when they get to Libya. Some are even sold on slave markets, according to aid groups – a chilling echo of the trans-Saharan slave trade of centuries past.

Once in Libya, Omovhie says she started working long hours as a cleaner for a well-off Arab family in Tripoli, often on an empty stomach.

‘I worked three months and they did not pay me in that house,’ she said.

Another agent promised to help Omovhie escape by sending her to Italy, but she was rounded up by police on the Libyan coast and detained there for six months.

She returned to Nigeria in July under a state programme to help refugees and migrants. It has helped over 14,000 Nigerians return home since 2017.

Blessing and Claudia Osadolor are pseudonyms requested to protect their anonymity.