A TERRIFYING photo has emerged of what is claimed is a shark swimming down a flood hit street in Australia.

The country has been hit by a volatile mixture of weather that saw scorching temperatures and bushfires turn to severe flooding and "once-in-100-year" storms. 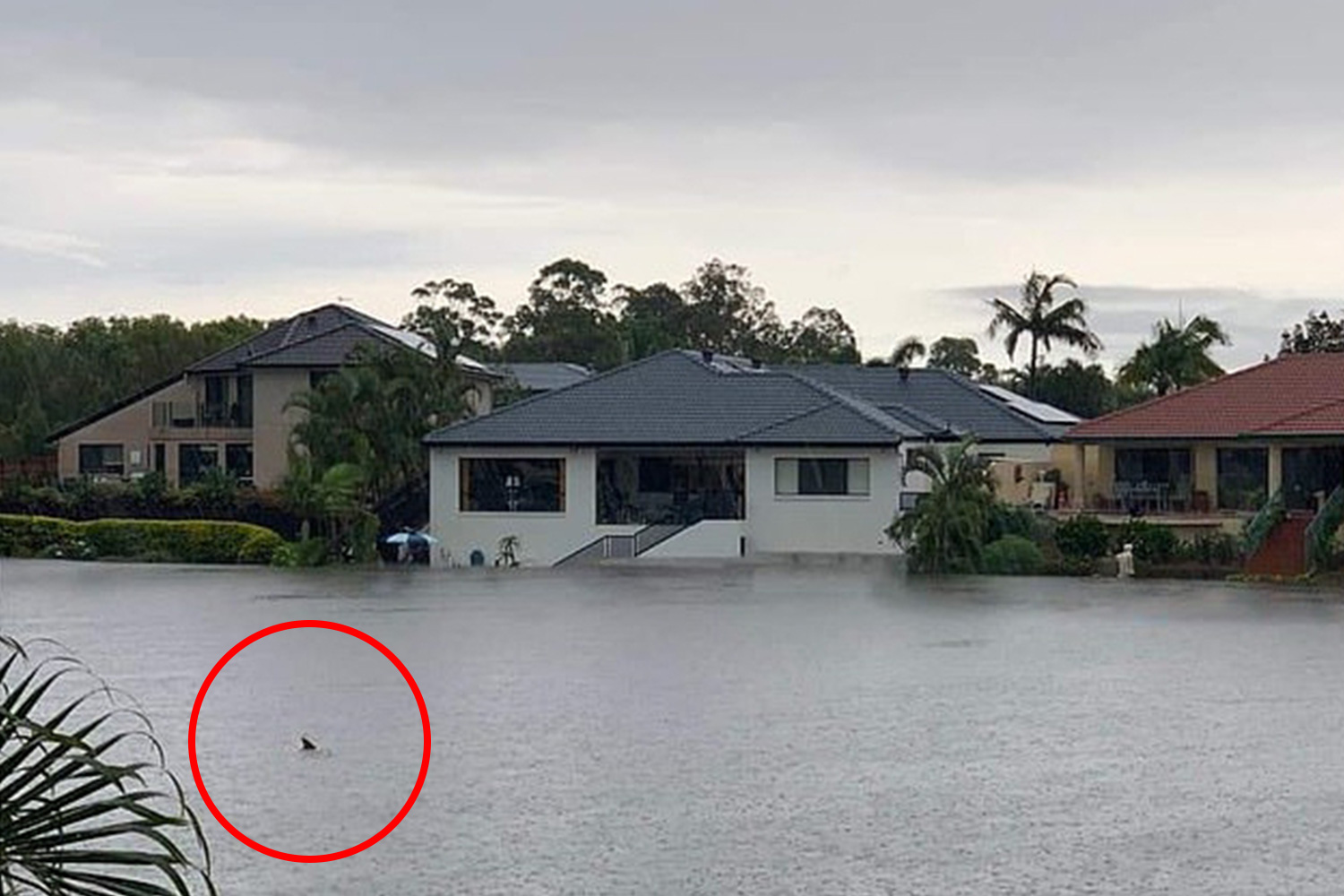 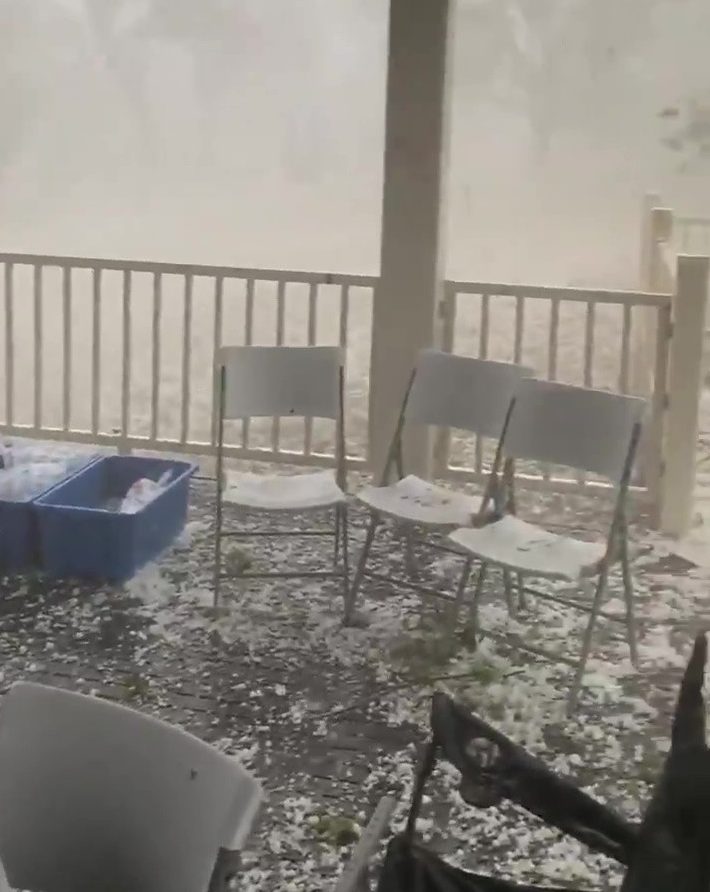 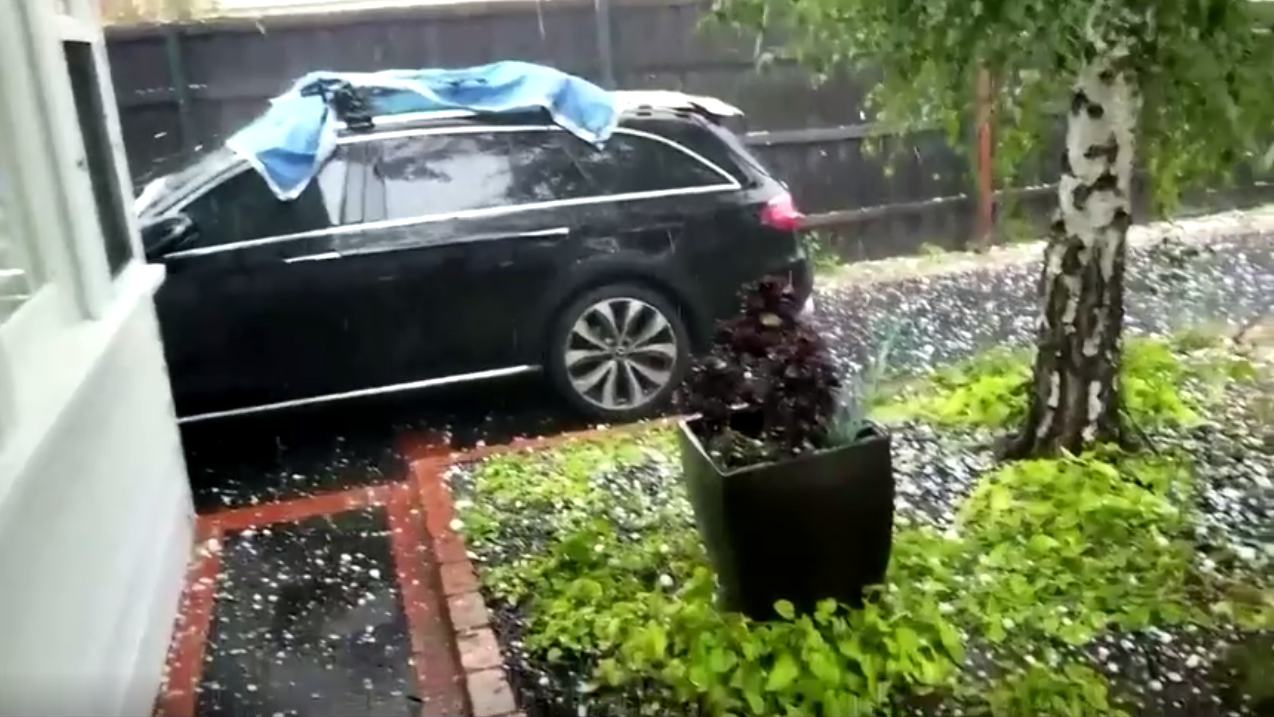 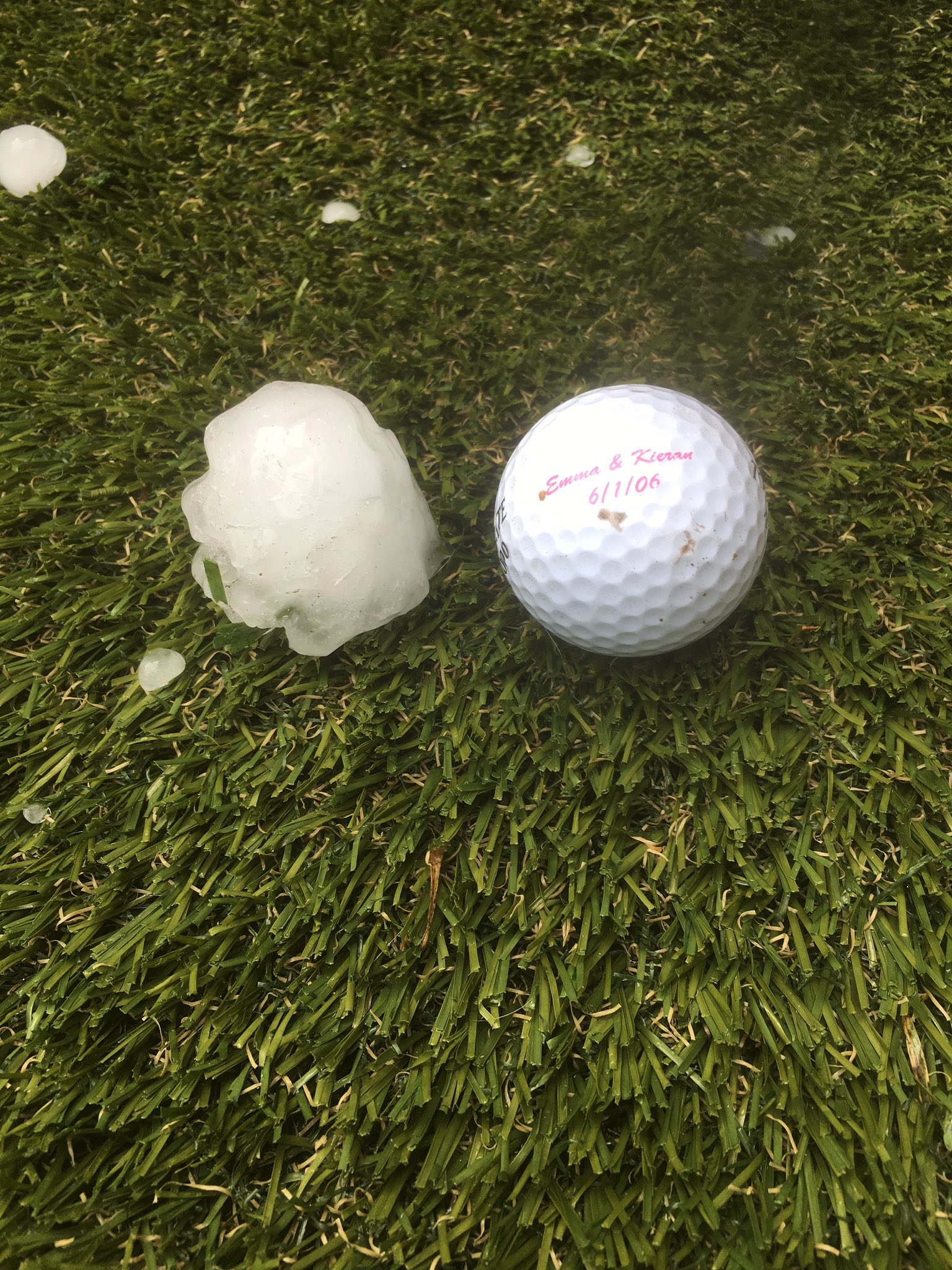 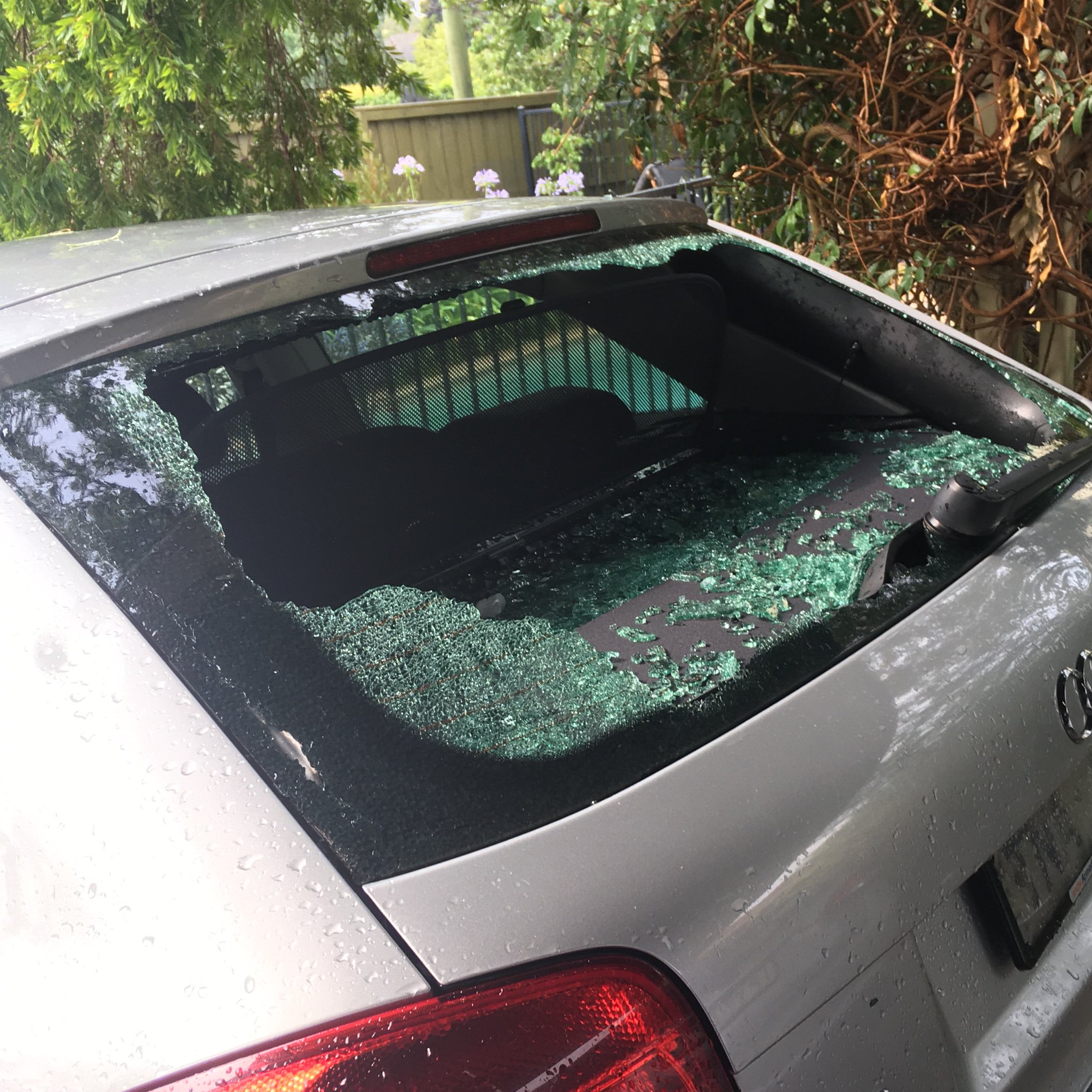 Brendan Horne, a resident of Burleigh Heads in Queensland, posted a picture on Facebook showing what he claimed to be a shark floating down his flooded street.

“Nothing like a shark swimming down the street. Ahhhh, Australia. Burning one minute. Sending killing machines to swim into your living room the next.”

It is unclear if it is a shark but bull sharks have been caught in nearby Burleigh Lake and an 84-year-old man was killed by one in there in 2003.

Meanwhile, in Victoria residents across Melbourne are being warned to hunker down as a “very dangerous” storm heads the city’s way.

It comes as a blaze on French Island, that has consumed consuming nearly 200 acres in the state’s south, is still out of control.

Many have been taking to social media to describe “golf ball sized hail” falling across suburbs with such ferocity that it is “shredding trees”.

Andy Murray's mum Judy, who is in the city for the Australian Open tennis tournament, tweeted a picture of the hail with the words: "Serious hail storm in Melbourne. Worlds weirdest city for weather."

An emergency warning was issued shortly before 4pm on Sunday local time, advising residents they were “in danger” and to “immediately move indoors to stay safe.”

“The Severe Thunderstorms are likely to produce damaging winds, large, possibly giant hailstones and heavy rainfall that may lead to flash flooding,” it read.

The Bureau of Meteorology has said “severe and dangerous storms” are moving through the city’s eastern and southeastern suburbs, with giant hail, damaging winds, and heavy rainfall which may lead to flash flooding.

The storms are set to smash the central business district and south western suburbs around 5pm.

Krystian Seibert said the hail was so big this afternoon that it “shredded trees” on his street.

“The hail sounded like a pinball machine with golf ball sized hailstones falling,” he told the Herald Sun.

“I’ve lived in Melbourne for a long time and I’ve never seen or experienced something like this.”

One video uploaded onto social media shows a Woolworths store in Templestowe in the city’s north-east with its ceiling caved in and customers being forced to evacuate.

At the end of last week, Sydney had its wettest day for four months today and Melbourne was also been hit with heavy downpours as a low pressure swept across the region.

Experts say the torrential rainfall is inevitable after the horrific bushfire season. 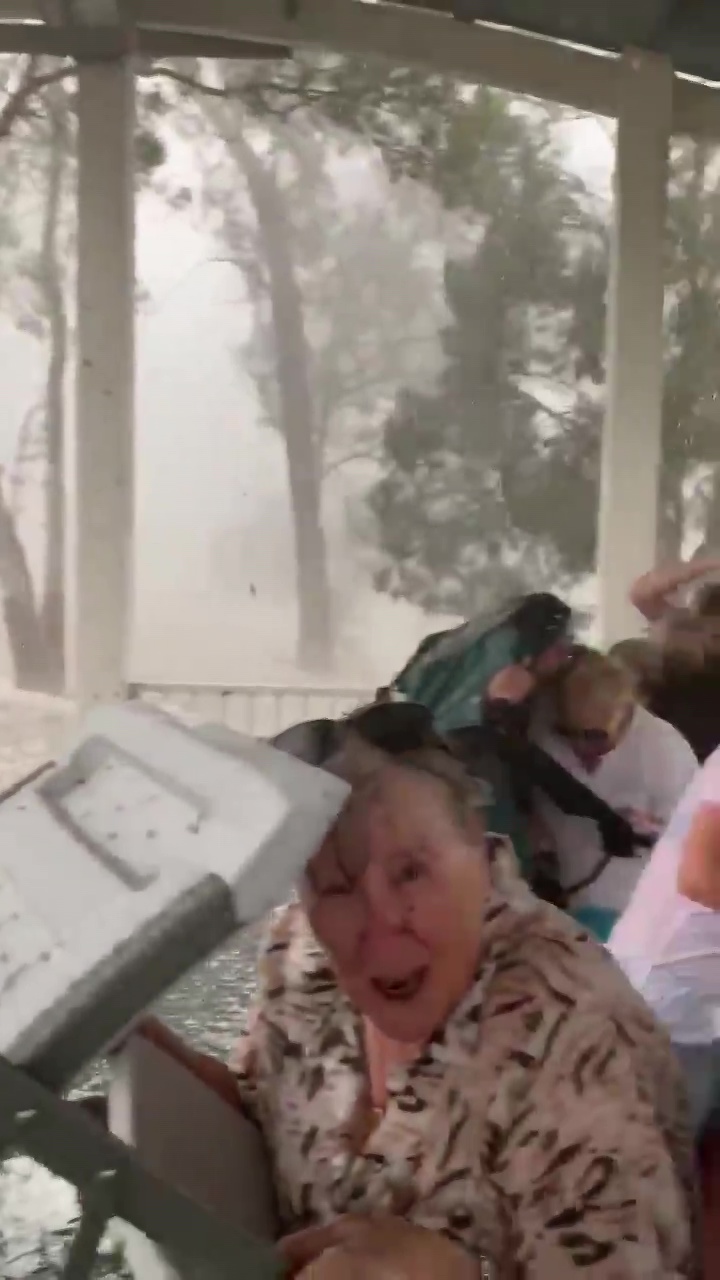 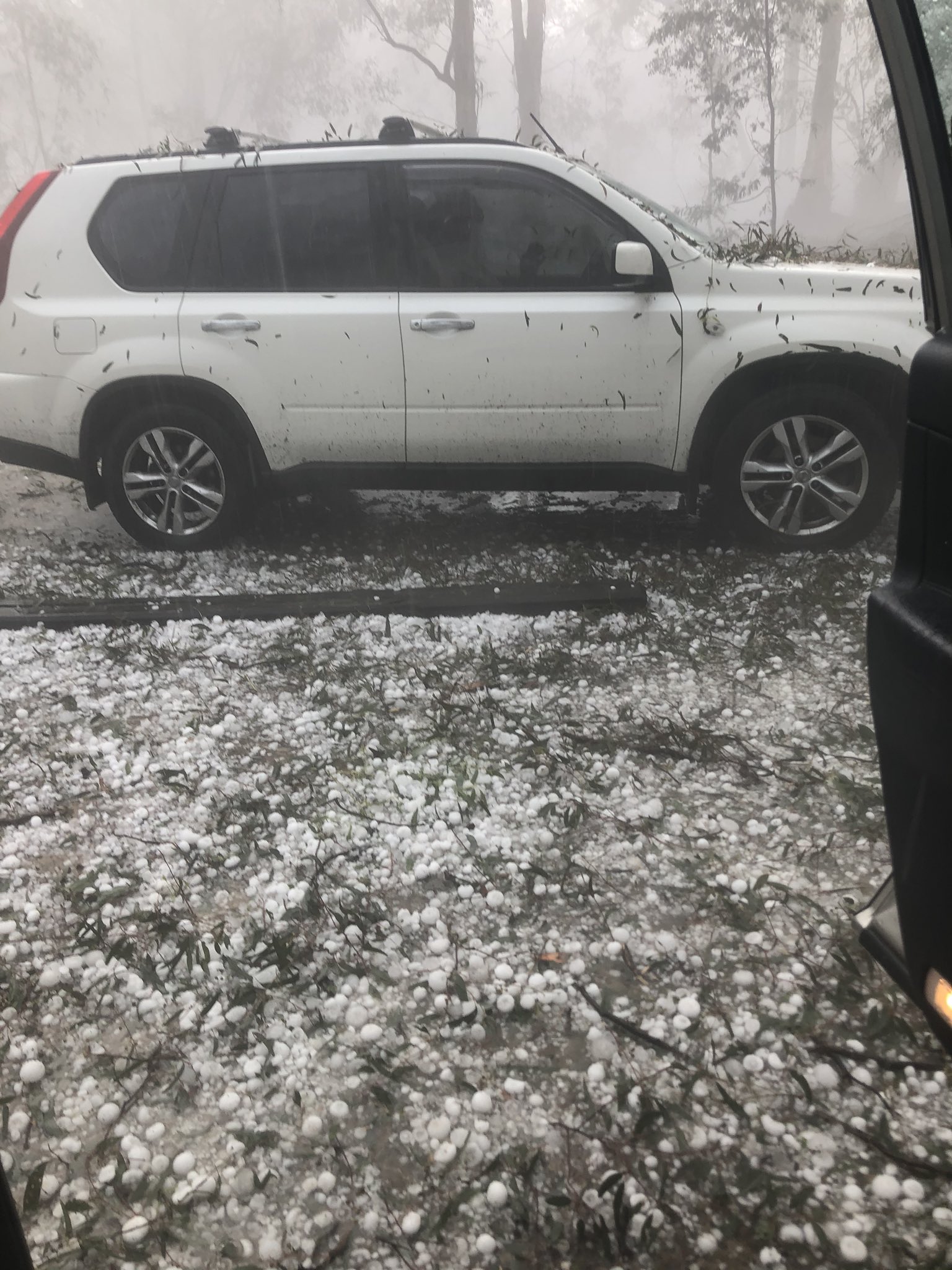 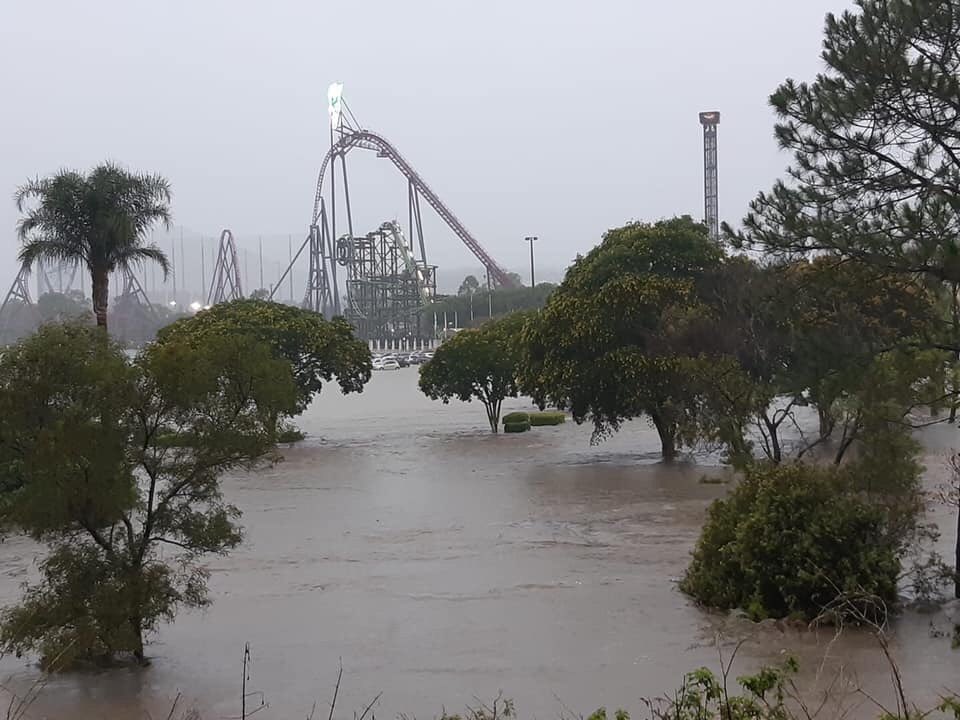 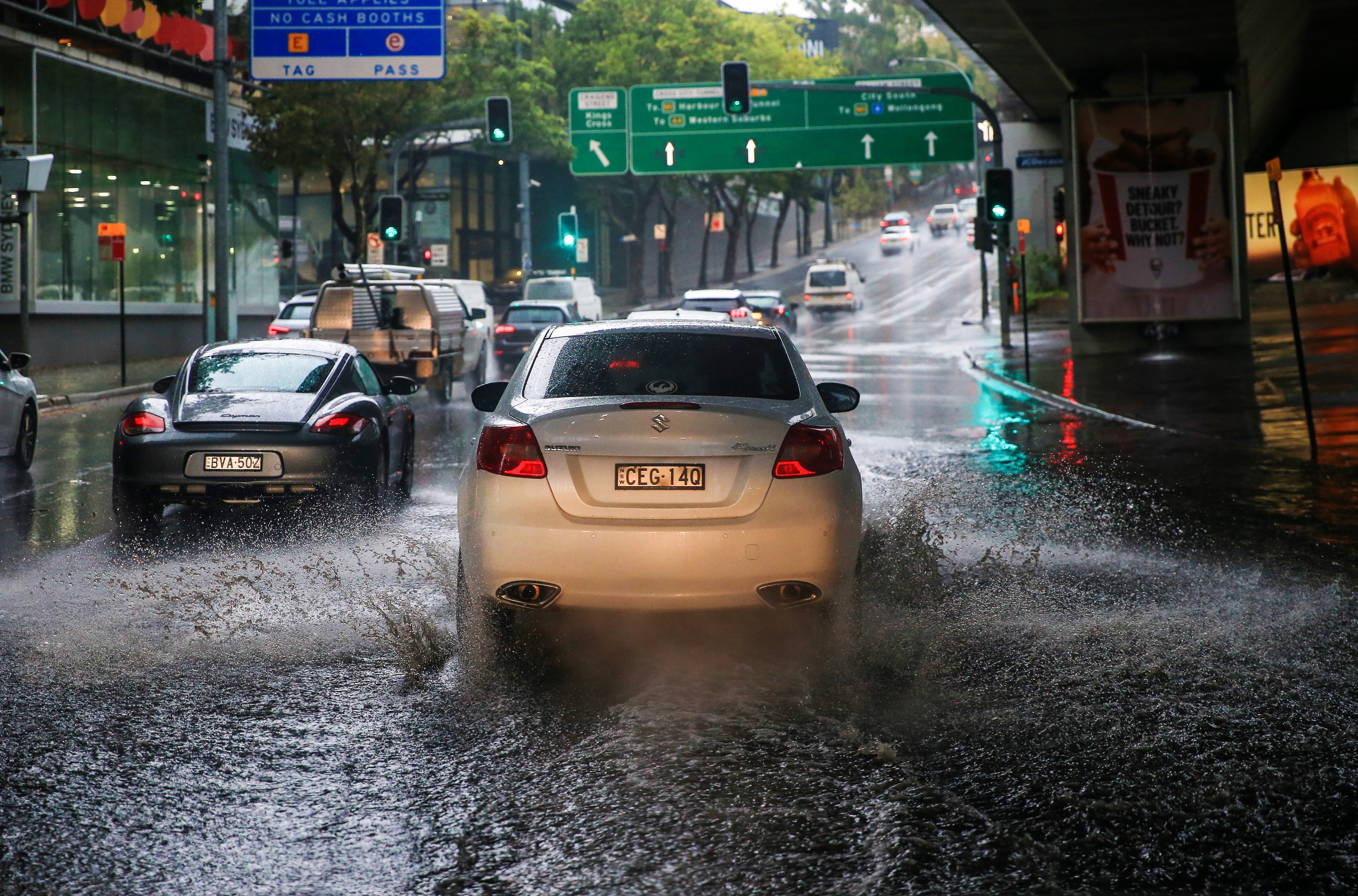 A version of this story appeared in news.com.au.