This is the terrifying moment a BMW loses control after aquaplaning on a main road and spinning into the central reservation.

According to the video footage, the driver failed to notice the flooding along the central reservation which covered most of lane three.

Moments before the BMW 1 Series reached the flooded area on the A2 in Kent, a Vauxhall Astra van managed to safely drive through the area. 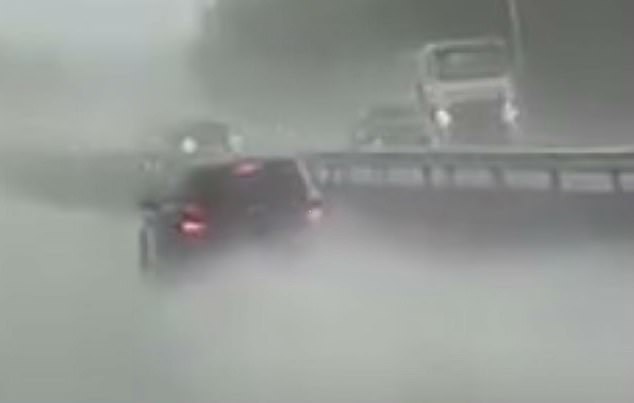 After hitting the flood of water which is pooled against the central reservation barrier, the BMW driver presses hard on the brakes in a foolish effort to reduce his speed 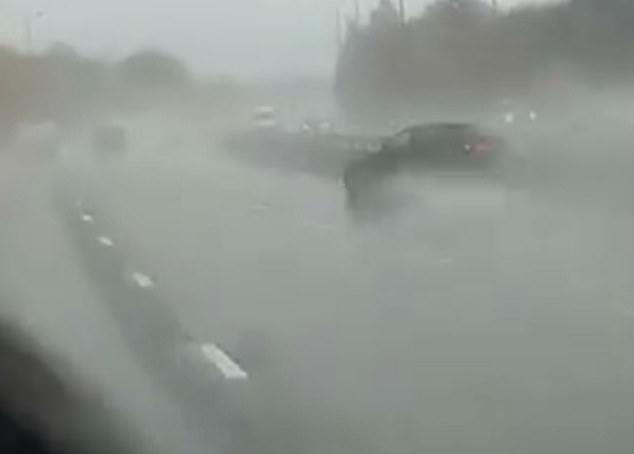 After pressing the brakes, the car veers to the right, clips the barrier and then hits the barrier a second time as it starts to spin around in a circle having lost all traction on the water

Crucially, the van driver did not press the brakes when he hit the standing water and so avoided destabilising his vehicle.

Unfortunately for the panicking BMW driver, he braked heavily causing his car to veer dramatically to the right where he glanced against the central reservation barrier.

His immediately spun out of control and ended stopped in the middle lane.

Luckily the dash cam driver saw the BMW lose control and manged to stop before any possible collision.

The incident happened on November 27 around 1:15pm on the A2 by Dartford Heath, Kent, and was captured on dash cam by a driver who wishes to remain anonymous.

The dash cam driver posted the clip to a public Facebook group as a warning to drivers saying: ‘Go careful out there guys and girls. Drive to the road conditions, it’s not a race!’

The dashcam driver was travelling at about 60mph, according to the data on his display. 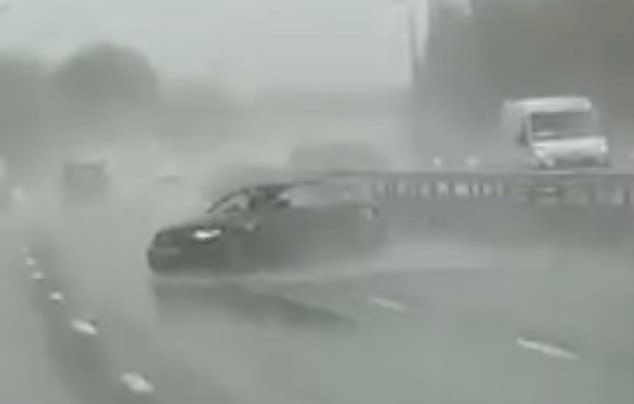 The incident area has seen lots of roadworks in recent months, with cones on along the left hand side of the carriage way.

The construction work may have interfered with the road’s drainage leading to standing water pooling on the carriageway.

Kent Police and the Metropolitan Police  said they have no record of the incident.