Shocking CCTV footage shows the moment three teenagers slashed one another with huge blades in front of children and families at a busy shopping centre.

Trails of blood were left behind after Che Stephens, Luca Sanni and Imani Pobi Da Silva, who are now all aged 18, sliced one another at The Mall in Luton on January 21., which left Sanni with life threatening injuries. 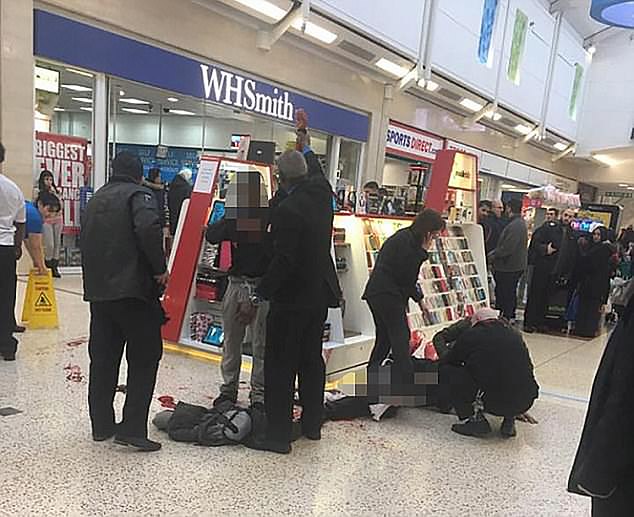 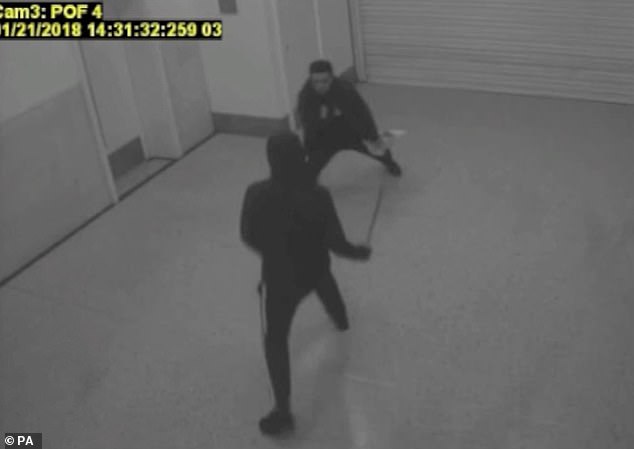 Che Stephens (right) and Luca Sanni, during a knife fight which broke out in The Mall in Luton

Just moments later, Sanni was confronted by Stephens with a machete, which he had concealed down his trousers.

Judge Barbara Mensah described the violence as ‘a prolonged confrontation with shocking consequences in a public place’ in which they had gone out armed with knives.

She said Sanni and Pobi Da Silva were ‘very lucky not to be fatality statistics’ and described Stephens as having been ‘very obviously hyped up and dangerous’.

She added: ‘That horrifying spectacle was not taking place in a film in a cinema or down an alley away from public gaze. It took place in broad daylight. 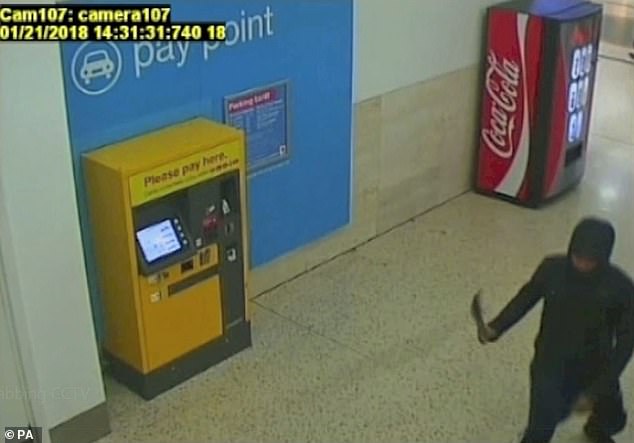 ‘CCTV shows children and families going about their business. It was something they had to see.’

The judge said there is a suggestion that the teenagers have backgrounds which are linked with gangs and rejected the idea that the violence had been over an ex-girlfriend.

The judge told the teenagers: ‘Who knows why you decided to meet. It might have been drugs territory or gangs – only the three of you know and you have chosen not to disclose it. You were all culpable.

‘I am also satisfied that each of you knew that the others were carrying a knife.’

After sentencing, Bedfordshire Police Detective Inspector Jackie Dadd said: ‘I hope this sentence sends a very clear message to others who may be carrying a knife – violence like this won’t be tolerated.

‘If you carry a knife then you’re more likely to become a victim of crime yourself.’

Sanni, of Luton, was sentenced to five years after being found guilty of attempted grievous bodily harm and affray.

He was also jailed for eight months to be served concurrently after pleading guilty to possession of a bladed article.

Stephens, of Bedford, was sentenced to seven years and six months for wounding with intent and 18 months after pleading guilty to possession of a bladed article.

Both sentences are to run concurrently.

Pobi Da Silva, of Luton, was sentenced to 12 months after he was found guilty of possession of a bladed article.