Anger as gang ringleader is jailed for just 12 years for killing father-of-two, 35 after he and his cronies joked that their victim looked like ‘Ant and Dec’

Five teenagers who gruesomely beat a father to death after joking he looked like Ant and Dec have been sentenced.

Danny Humble, 35, had enjoyed his first night out with his partner after lockdown ended and was walking home when he was punched to the ground, kicked and stamped on.

The father-of-two suffered horrific head injuries in the attack in May last year in Cramlington, Northumberland.

Ex-soldier Alistair Dickson, 18, from Blyth in Northumberland, was convicted of murder after jurors at Newcastle Crown Court were told he stamped on Mr Humble’s head. 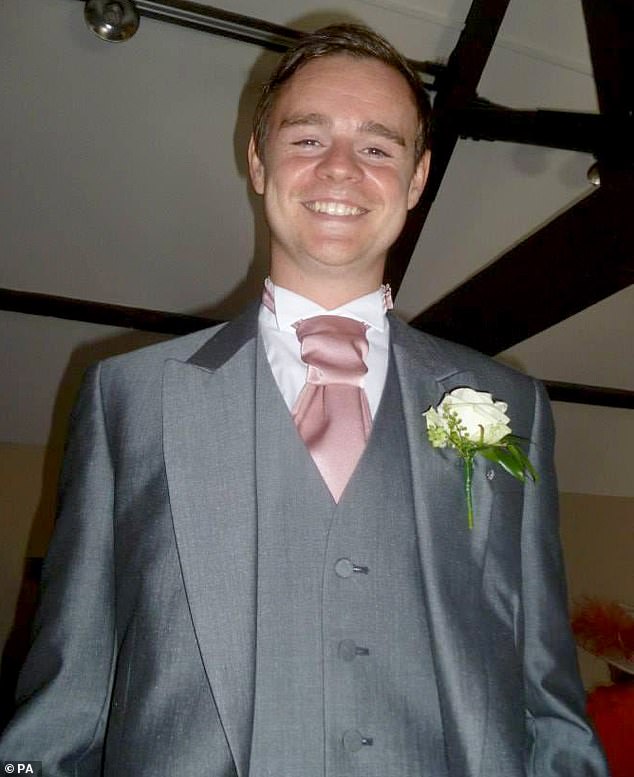 Daniel Humble, 35, was repeatedly kicked on the floor and left with a ‘catastrophic’ head injury

Mr Justice Bennathan sentenced him to detention at His Majesty’s pleasure – the equivalent of a life sentence for someone his age – and must serve a minimum of 12 years.

Four others were jailed for six years and six months after the jury cleared them of murder but convicted them of manslaughter.

Ethan Scott, 18, Bailey Wilson, 19, and Owen Soones, 18, all from Blyth, and window clearer Kyros Robinson, 18, from Seaton Delaval were amongst the four connected to the horrific attack. 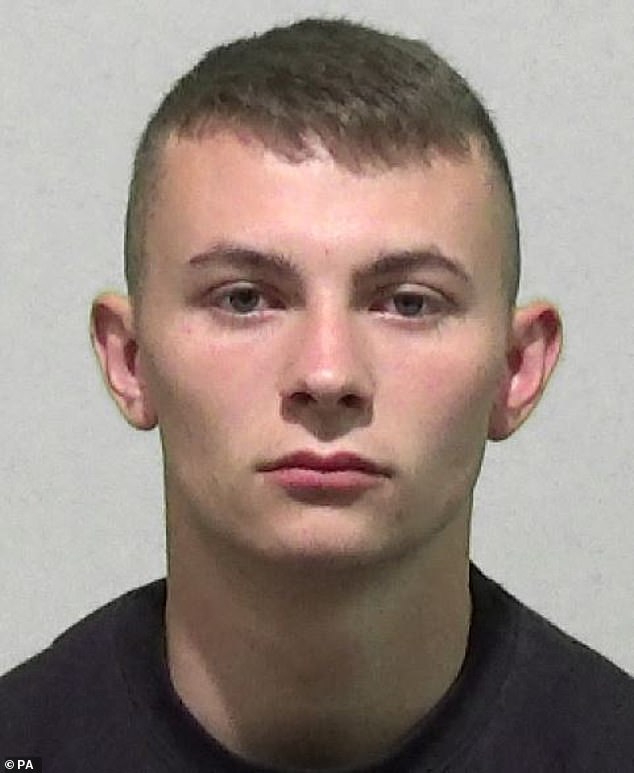 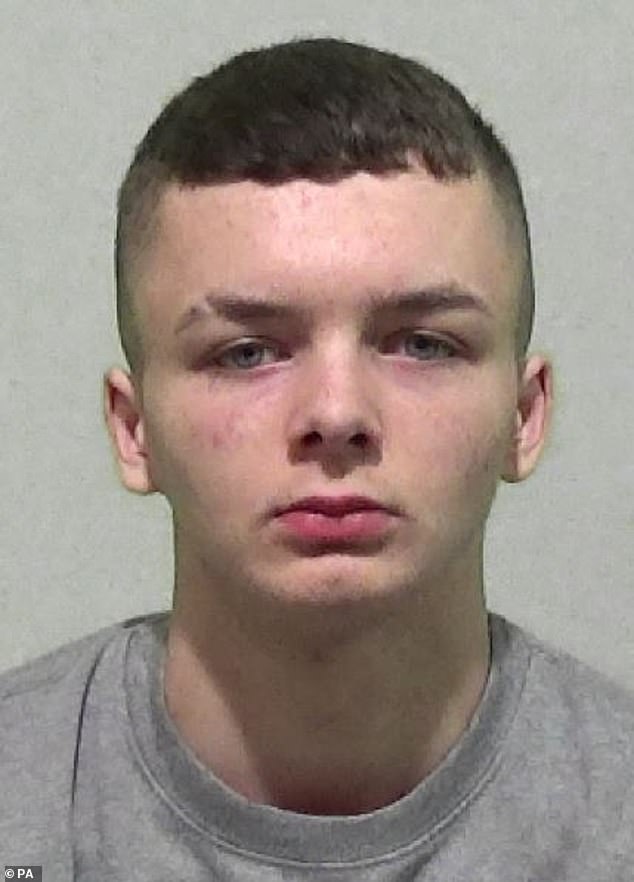 Bailey Wilson, 18, of Mitford Avenue, Blyth, was cleared of murder but convicted of manslaughter 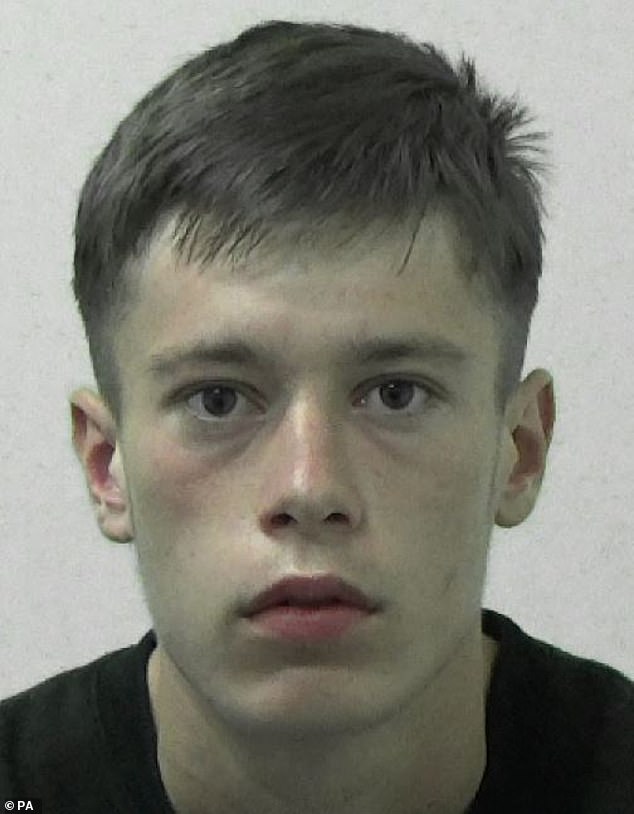 Kyros Robinson, 18, of Woodside Avenue, Seaton Delaval, was cleared of murder but convicted of manslaughter 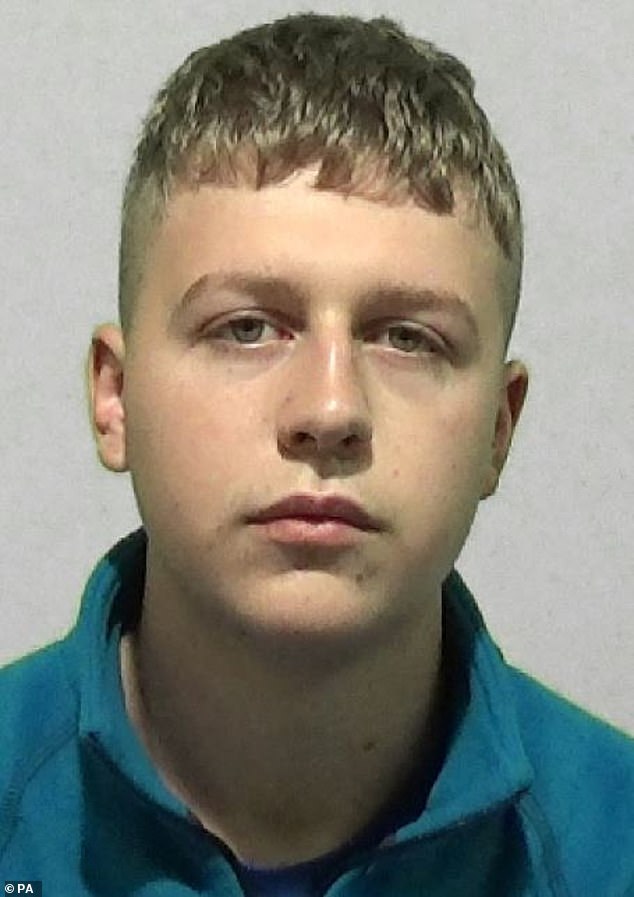 Ethan Scott, 18, of Chester Grove, Blyth, was cleared of murder but convicted of manslaughter

The judge said: ‘Friday May 28th should have been a happy night out as you and many others marked the end of lockdown by meeting with friends, socialising and going out for a drink.

‘Yet what should have been a peaceful night out turned to tragedy when you five killed Danny Humble.’

On user on Twitter wrote: ‘Imagine knowing the killers of your partner, son, friend will get out of prison with enough time to still have a full career and raise a family.

‘In what way can this be justice ?’

Another tweet read:’12 years is a disgrace, they killed someone. They’re old enough to get a proper sentence. Not that this country does those.’

Soomes, being over-familiar, had said Mr Humble looked like Anthony McPartlin or Declan Donnelly, who present on television together, the court was told, but there was no immediate trouble.

Something then caused the victim to hit Soones on the head, but the gang’s subsequent 15 to 20-second attack could never be justified, the judge said.

In a victim impact statement, Mr Humble’s partner Adele Stubbs, a critical care nurse, said she is no longer able to do the job she loved because of the trauma she experienced seeing the attack.

Mr Humble’s father Vaughan told the court his son was ‘caring, loving and compassionate and this was reciprocated by almost everybody he came into contact with’.

His son loved being a father of a boy, eight, and girl, six, who must now grow up without him.

‘The catastrophic impact caused by the loss of their daddy will stay with them and have a real bearing for evermore,’ he said.

Nigel Edwards, defending Dickson, said there was no intention to kill and that he was a young man who still has hopes and aspirations.

Peter Makepeace, for Soones, said the teenager had ‘genuine insight’ into the loss caused to the Humble family.

Sharon Beattie, for Scott, said he must live with the consequences of his actions and was working hard in prison.

Penny Hall, for Robinson, said her client lacked maturity and was 17 at the time of the offence.

Jonathan Pigford, for Wilson, said his client was ‘extremely distressed’ when he talked about this ‘terrible, tragic event’.