The Country Fire Authority faces a landmark legal case in the Supreme Court over allegations its officers subjected a 17-year-old volunteer to appalling brutality, including duct-taping the girl to the bullbar of a fire truck and a series of degrading assaults at a station near Bendigo.

Katelin De Rosa suffers from an acute traumatic stress disorder and has repeatedly attempted to take her own life as a result of the violence she suffered at the hands of CFA colleagues in 2017, according to a statement of claim filed in the court on Thursday. 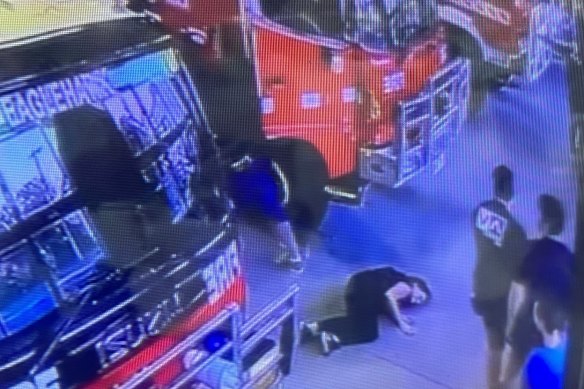 Katelin De Rosa in a CCTV image from Eaglehawk CFA.

De Rosa and her mother, Elizabeth, who is acting as her daughter’s litigation guardian, have both consented to The Age publishing disturbing details from the legal documents and images of her alleged abuse at Eaglehawk fire station.

On one occasion in November 2017, De Rosa was allegedly kicked by a male colleague while on the ground, before she was dragged by her feet under a parked fire truck. The teenager was then drenched when the vehicle’s water jets were turned on, according to the statement of claim.

She was also left in a hallway with her hands and feet bound with duct tape, whipped with a tea towel, and repeatedly referred to as “skank” by male CFA officers, it is alleged.

Images provided to The Age appear to show a CFA member grabbing De Rosa by her hair and forcing her to the ground, as four other male firefighters watched on.

The CFA is accused of negligence in the statement of claim over an alleged failure to adequately train and supervise its firefighters, while also allowing an “aberrant culture” to spread among members of the brigade.

Lawyers for De Rosa are yet to quantify the full extent of her financial losses but say the psychiatric damage has had a “profound effect on her education, domestic and industrial capacity and will do so for the rest of her life”, according to the statement of claim.

De Rosa, who is now 22, had originally planned to pursue a nursing career but requires extensive medical and psychiatric care. 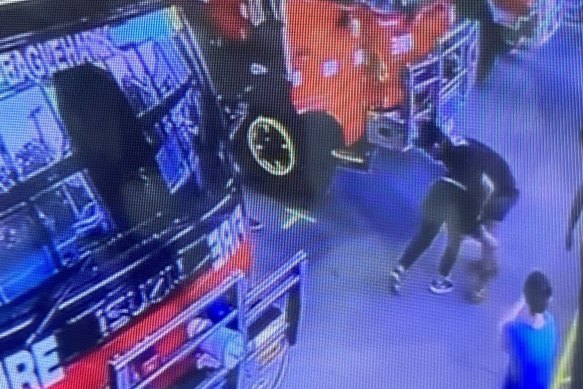 On Thursday, her family released a statement calling for sweeping reforms of the organisation that has been plagued by allegations of misogyny, bullying and discrimination for more than a decade.

“Katelin and her family hope that the steps she has taken to bring these issues to light will lead to significant reform within the CFA and systematic change in how it conducts itself with its claims to being a ‘child-safe organisation’,” the statement said.

“No one should have to go through what Katelin has endured and continues to suffer. The community and the law expects the CFA to have a culture of ensuring that volunteer children and young people feel safe, respected, valued and cared for within its operations.”

The family said the CFA was not part of the Victorian Reportable Conduct Scheme, and called for it to comply with the Victorian Child Safe Standards under The Commission for Children and Young People.

A CFA spokeswoman said the organisation was unable to comment on any potential legal action but insisted it was committed to providing a “positive, safe and inclusive environment” for its 50,000 members.

“CFA commissioned the recent independent CFA Culture and Issues Management Review, which acknowledged there is significant work underway to ensure we have a positive culture, including the rollout of behavioural standards across CFA to reinforce our expectations that all people are treated with dignity and respect,” she said.

“The report also identified a number of additional actions CFA should take, and all recommendations have been accepted and implementation planning is underway.”

De Rosa’s alleged abuse first came to light in December 2017, when CCTV footage of her attack was leaked to the media, which sparked an internal investigation by the CFA. 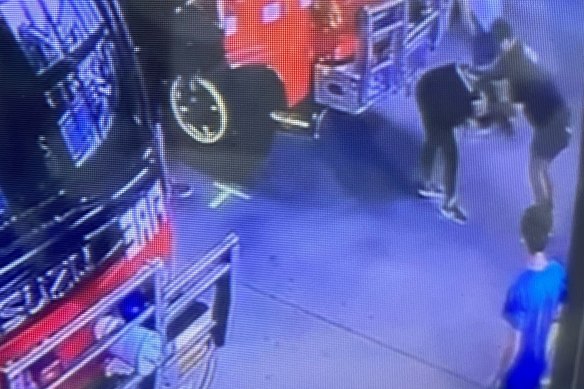 Four members were immediately stood down by then-CFA chief executive Frances Diver, who said she was “sickened” by the incident.

While the CFA referred the matter to police and WorkSafe, no charges were ever laid. At the time, De Rosa and her mother were unwilling to take the matter further and claimed the CFA did not provide all CCTV footage of the incident.

After years of failed negotiations with the CFA, De Rosa and her mother decided to proceed with the civil case against the CFA, in which their lawyers could subpoena the relevant report by the Victorian Equal Opportunity and Human Rights Commission.

The report was suppressed in 2018 after a legal challenge by the powerful United Firefighters Union but uncovered “everyday sexism” and a “hypermasculine culture” in the state’s fire services. It warned that workers could be exposed to further harm under an industrial agreement approved by the Andrews government.

The review was commissioned by then-emergency services minister Jane Garrett, who resigned from cabinet in 2016 after the government pushed through a contentious deal that gave the firefighters union even more power over the CFA.

Garrett, who died from breast cancer in July, told The Age last year that she was devastated by the court’s decision to suppress the report.

“The VEOHRC report was not only about having women’s voices heard, it was also about providing a road map for change. It’s devastating for everyone involved that it was never allowed to see the light of day,” Garrett said in March 2021.

More than six years after the report was commissioned, many alleged victims remain unheard and disenchanted, amid claims the CFA had bowed to pressure from the firefighters union and allowed the problems to fester.

The Age published a series of stories last year when several female volunteers accused CFA management of failing to properly address serious accusations of bullying, discrimination and sexual assault within the organisation.

They provided dozens of emails and internal CFA documents that supported their claims of a quasi-military management structure that refused to tolerate any dissent and routinely ignored misconduct.

The CFA was also accused of instructing its own investigators to drop or avoid some complaints of serious misconduct, and in one case, forced staff in its own integrity unit to sign non-disclosure contracts or face disciplinary action.