Two McDonald’s employees were rushed to hospital after a gas leak which left their colleagues ‘coughing and choking’ in a supermarket.

Shoppers at an Asda in Hulme, Manchester were evacuated from the store at around 12.30pm this afternoon.

Witnesses said they saw several McDonald’s employees ‘coughing and choking’ as fire and ambulance crews arrived at the supermarket. 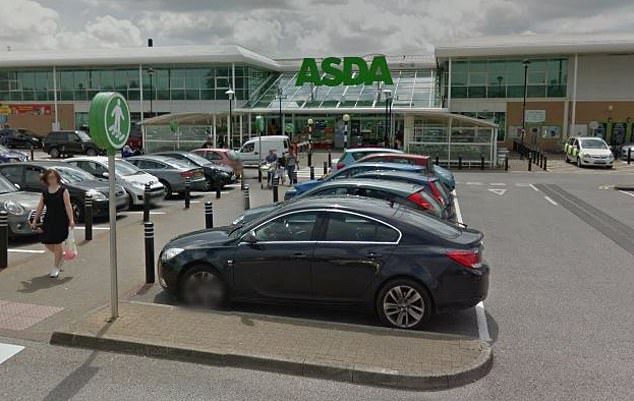 Shoppers at an Asda in Hulme, Manchester were evacuated from the store after a gas leak at around 12.30pm this afternoon

One employee was taken to hospital immediately while others were checked over by paramedics at the scene.

Rhyzz said: ‘Seconds after we paid, everyone got booted out of Asda Hulme [because] of a fire or something.’

A spokesperson for McDonald’s said: ‘We can confirm that our Hulme restaurant was evacuated at around 12.30pm due to a suspected gas leak. 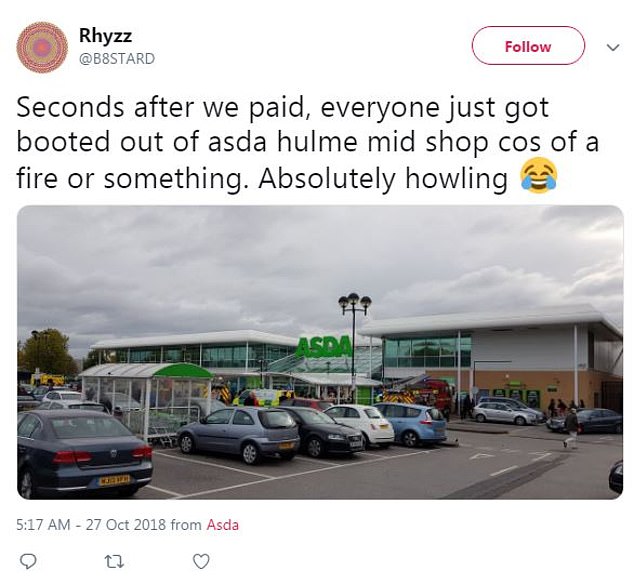 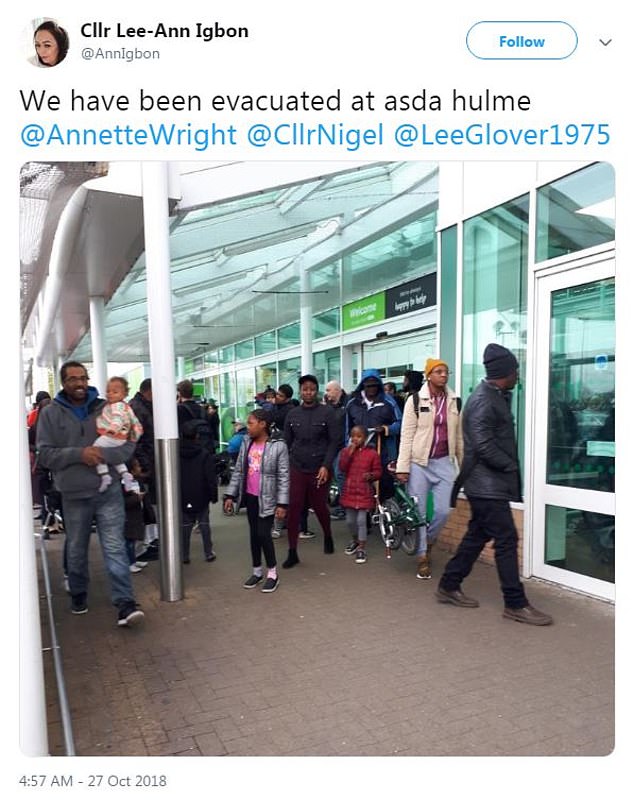 ‘The emergency services were called to investigate and two people were advised to attend hospital as a precautionary measure.

‘The emergency services have confirmed that the restaurant can reopen but it currently remains close whilst technicians look to reset the alarms.’

A spokesman for Greater Manchester Fire and Rescue Service confirmed three engines attended the incident and dealt with ‘a gas leak from some cylinders in a non-public area of the store’.

Firefighters removed the cylinders and the supermarket reopened at around 1.45pm.