Tracked down: the super-yachts of Roman Abramovich and other Putin oligarchs that were sent to Turkey to cheat sanctions brought in over Russian president’s Ukraine invasion

Roman Abramovich, flanked by four hefty bodyguards and trailed by his family, strolled into the restaurant without a care in the world.

Sanctions have hit the Russian billionaire hard – his close ties to Vladimir Putin have led to accusations that he has blood on his hands over Ukraine – but onlookers said he seemed perfectly at ease.

Ramazan Cesaret, owner of the CaesarEt Lounge steakhouse in the Turkish port of Gocek, was stunned to see the ‘globally famous’ guest at his table.

The Mail On Sunday reporter Abul Taher stands close to Eclipse, a 533ft vessel worth more than £400million and belonging to Russian oligarch Roman Abramovich in Gocek, Turkey

He admitted to being nervous. These are troubling times for Kremlin-linked oligarchs.

Turkey, though, is fast becoming the bolthole of choice for their super-yachts. No fewer than 11 of them – including four belonging to the former Chelsea FC owner – are berthed here, beyond UK, EU and US sanctions.

It also helps that president Recep Erdogan’s regime is also close to Russia. Some of the yachts are still available for hire for rich party-goers.

At least one of them is crewed by British staff. After the Russian invasion of Ukraine, Abramovich quickly moved his collection of boats – worth an estimated £1.1billion – from berths across the world to this part of the Mediterranean.

The Mail on Sunday found two of them in Gocek last week. One is the Eclipse, a 533ft vessel worth more than £400million with two helicopter pads, two swimming pools, a disco and even an anti-missile system.

It was anchored about two miles out at sea. It has the feel of a ghost ship, with five or six staff on board, instead of the usual 95. 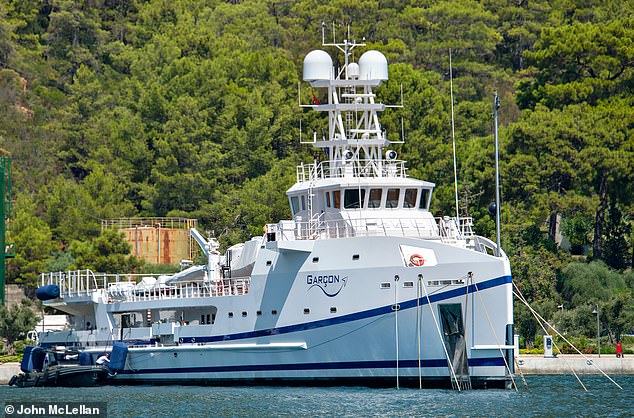 Abramovich’s 219ft long Garcon, worth £17million, was spotted in Azure Marina in Turkey

In the exclusive Azure Marina we spotted Abramovich’s Garcon – 219ft long and worth £17million – whose transponder, known as the Automatic Identification System (AIS), has been switched off since August 8 in what appears to be an attempt to avoid detection.

Another Abramovich vessel, Halo – 180ft long and worth £32million which flies under the flag of the South Pacific’s Cook Islands – is also believed to be in Gocek.

The billionaire’s fourth superyacht, My Solaris – 456ft long and worth about £430million, equipped with a helipad, gym, spa and several swimming pools – is anchored down the coast in Bodrum.

Other yachts belonging to oligarchs in Gocek’s crystal-blue waters include the Flying Fox, anchored next to Garcon at Azure Marina. 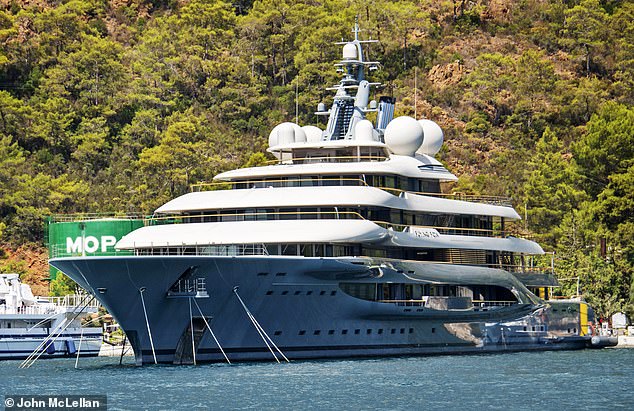 The 446ft vessel, worth more than £339million, is owned by Dmitry Kamenshchik, a Putin ally and boss of Moscow Domodedovo airport, which has had its AIS switched off since August 3.

It appears the Flying Fox has resumed its charter service and has been hired at least three times for an astonishing £3million per week since its arrival in Gocek.

One marine security guard told The Mail on Sunday an Arab prince had chartered it recently.

Rory Jackson, an expert at Vessels Value, said Turkey is popular because it can ‘offer better yachting grounds’ than somewhere like Dubai, whose only appeal is the city itself. It is also beyond sanctions.

He said: ‘When the sanctions fell it was not the Mediterranean season, so the oligarchs had time to think where they could take their yachts.’

Residents and businesses have mixed opinions about the influx of Russians into Gocek since Western sanctions were imposed. 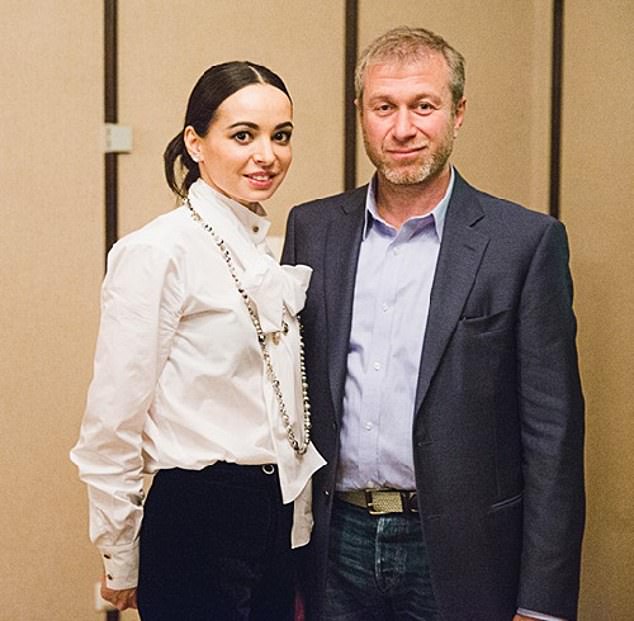 Sukru Aydin, 54, a tour boat operator, said: ‘Of course these yachts are a problem. Firstly they are anchored at sea and are obstructing small boats like ours. We cannot go near them as it triggers their alarm systems.’

But there is some support. Zeynep Ketenci, the owner of a boutique clothes shop, said: ‘Of course we have more Russians compared with last year. They are here because you want to take away their possessions. This is imperial.’

Back at the Caesar-Et Lounge, owner Mr Cesaret says the yachts do bring in business.

He said that the Flying Fox’s mainly British crew are regulars in his restaurant. ‘Sometimes they come as a couple, and sometimes there are 30 of them. They eat and then they just drink and drink, usually red wine. They never care about money.’

When asked if Abramovich had enjoyed his meal, Mr Cesaret showed a gift that the billionaire had sent him the following day.

It was a plaque with Eclipse on it – a celebration of a super-yacht evading sanctions.