It has all the makings of a Netflix political thriller: a glamour couple, unlimited credit cards, a mysterious figure known as “The Giant”, a tangled web of power and influence as well as World Cup host Qatar. And it could be the most egregious bribery scandal to hit Brussels in years. 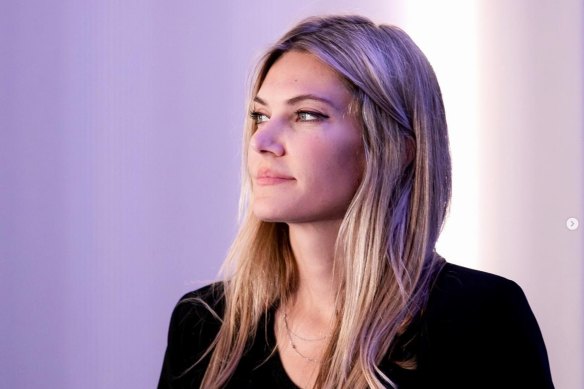 reek politician Eva Kaili is among those arrested. She has been kept in custody until her next court appearance on December 22. Credit:Instagram

Three high-profile suspects arrested in a bombshell corruption investigation at the European Parliament remain in custody after appearing in court on Wednesday (local time), and a fourth has been released with an electronic tag, as the scandal threatens to engulf the 27-member bloc.

A judge ruled that Greek MEP Eva Kaili, a vice-president of the parliament, her partner, Federico Giorgi, and former Italian MEP Pier Antonio Panzeri should remain in custody on charges of corruption, money laundering and criminal organisation.

Nicolo Figa-Talamanca, who runs a rule of law campaign group, was released with a tag to track his movements. 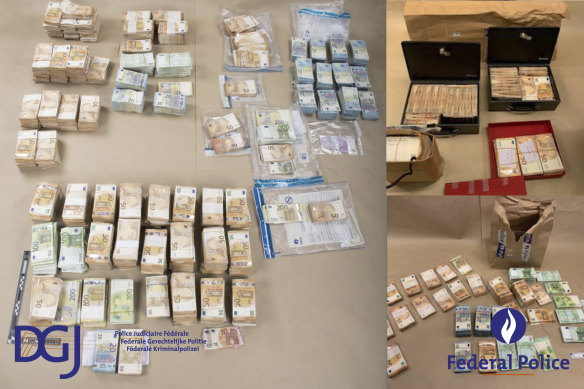 A portion of the 1.5 million euro dollars found and seized by Belgian police.Credit:AP

Their arrests last Friday following the year-long investigation led by Belgium’s intelligence service. Their inquiry was sparked by the discovery of bundles of cash that was allegedly to be used in bribes to extend the influence of Qatar before key EU decisions on visa liberalisation and an aviation deal.

Investigators in Italy are combing through seven bank accounts related to the suspects adding that they found €20,000 in cash at a house belonging to one suspect. They also reportedly searched an office in Milan.

Prosecutors suspect Kaili and three others accepted bribes in a bid to influence EU policymaking. Kaili, who has been stripped of her vice-presidential office, on Wednesday asked to postpone her hearing and remains in jail until her appearance on December 22. She and Panzeri deny the charges.

Qatar has not been named officially by the prosecuting authorities, who initially only referred to a Gulf state. However, the term “Qatargate” was widely used by members of the European Parliament as they reacted to the unfolding drama. Qatar has strenuously denied any claims of misconduct as unfair and “gravely misinformed”. 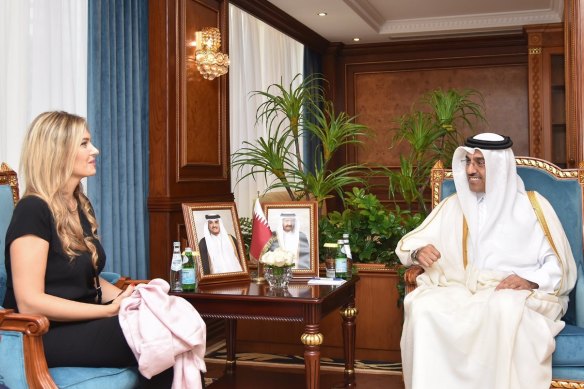 Kaili, 44, a former news presenter with celebrity status in her native Greece, is one of Brussels’ most glamorous figures. And as one of Parliament’s 14 vice presidents, she was among the most powerful players. A member of the centre-left Socialist & Democrat (S&D) party, her portfolio includes special responsibilities related to the Middle East.

“It is absolutely false that I had any personal agenda in promoting Qatar’s interests,” Kaili said through her lawyer Michalis Dimitrakopoulo. “There were discussions from 2019 that the EU establish trade relations with Qatar, Kuwait and Oman.”

Kaili’s lawyer told The Times that cash amounting to more than €900,000 found in raids on her home, as well as a hotel room that her father was staying in, “was not from Qatar and was not any kickback from Qatar”. 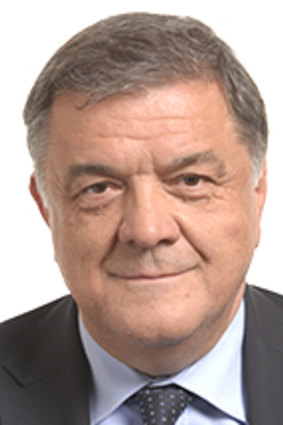 Pier Antonio Panzer is among those arrested.Credit:EU Parliament

Kaili’s father was reported to have been carrying the briefcase filled with notes, before being stopped by investigators coming out of a Sofitel in the Belgian capital.

“Her partner brought the money into the flat. It is not hers. There is no Qatar connection. Investigators are better off looking at Italy and Italians with dodgy operations, mainly NGOs in Africa,” Dimitrakopoulos said.

Her 35-year-old partner, Giorgi, is an assistant to an Italian MEP and a founder of the human rights group Fight Impunity. He has also been charged with corruption.

He worked as a sailing instructor in addition to his day job, with his glamorous life documented through his Instagram, with images of him sailing in Sardinia or skiing.

The couple’s assets and property, along with those of Kaili’s family in Greece, have been frozen. 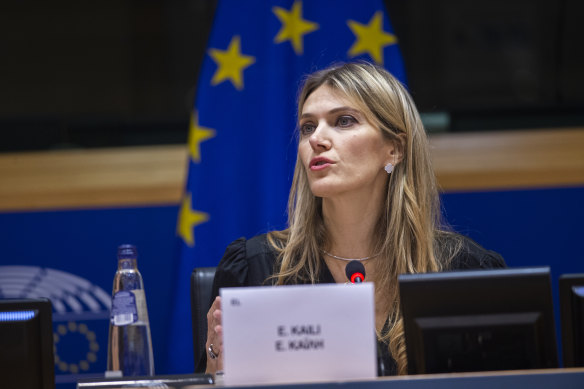 Recently Kaili has emerged as one of the most vocal defenders of Qatar, calling the country a “frontrunner in labour rights” after meeting with the country’s labour minister, despite deep international concerns about conditions for stadium construction workers.

The European Parliament on Tuesday voted to strip her of her vice presidency role. Lawmakers have called her to quit the assembly altogether.

“For us, this case is even more sensitive and important as it touches the heart of European democracy,” a spokesman for Belgium’s federal public prosecutor’s office, Eric Van Duyse, said this week.

Panzeri is now president of Fight Impunity, and Giorgi used to work for him as a parliamentary assistant. His wife and daughter were also arrested in Italy but have not been charged.

According to the extradition request seen by POLITICO, Panzeri stands accused of leaning on his former Parliament colleagues for Qatar and Morocco’s benefit — and taking money to do so.

Panzeri’s wife, Maria Dolores Colleoni, and his daughter Silvia Panzeri “seem to be fully aware of the activities,” it said, “and to even participate in the transport of the gifts”.

It is alleged the money came from an unknown third person that intelligence agencies call “The Giant.” This figure was linked to a credit card, which authorities alleged was in the hands of Pazneri’s wife and daughter, who used it for their own purposes, including €100,000 on a Christmas holiday. The Italian media reported the family had received “gifts” from Morocco, by way of the country’s ambassador to Poland, Abderrahim Atmoun.

The pair has denied any wrongdoing to the Italian authorities, which agreed they can be extradited to Belgium.

Qatar offered many MEPs, including Kaili, World Cup tickets and luxurious free trips to persuade them to soften criticism over its treatment of construction workers building stadiums ahead of the football tournament.

Among those also detained for questioning was International Trade Union Confederation General Secretary, Luca Visentini. In a statement, he said at no time have the authorities suggested that the ITUC was under investigation or suspicion.

While construction unions have been some of the fiercest critics of Qatar’s record on worker’s rights in the lead-up to the World Cup, the ITUC has been a notable exception. Previous union boss, Australian Sharan Burrow, recently urged external critics of the country’s labour laws to “go and have a look at a look at the change” in a video posted by the Qatari labour ministry in June.

In a statement, the union said its work on Qatar had “been entirely based on objective analysis and assessment of the facts”.

“Any suggestion that any other entity, from Qatar or anywhere else, has influenced the ITUC’s position is entirely false,” the statement said.

Roberta Metsola, president of the parliament, told MEPs in Strasbourg this week that European democracy was “under attack”.

“Enemies of democracy, for whom the very existence of this parliament is a threat, will stop at nothing,” he said.

Ursula von der Leyen, president of the European Commission, said the scandal was “very serious” and called the “credibility” of the EU into question. She said Brussels should set up an ethics watchdog for all EU institutions.

“It is very damaging, I think, for all the politicians that have been fighting so hard to show that we are making our decisions based on the values that we share,” Estonian Prime Minister Kaja Kallas said at a summit in Brussels.