Explosion hits high-security zone some 300 metres from the assembly of Balochistan province. 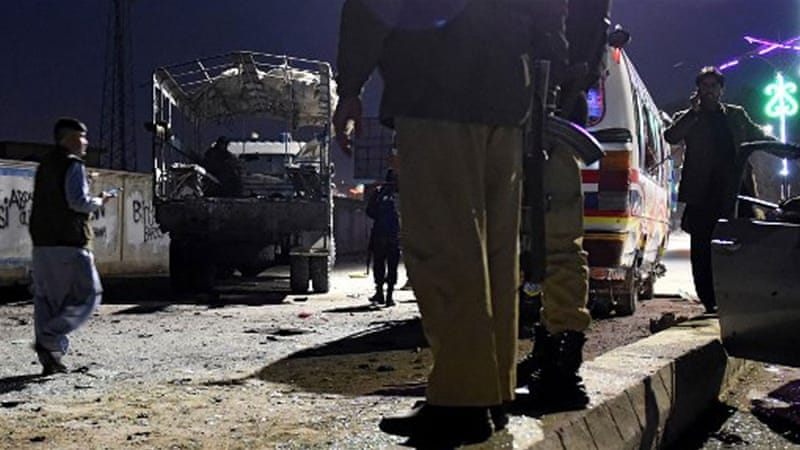 At least six people have been killed, including four police officers, after a suicide bomber struck a security forces bus in the southwestern Pakistani city of Quetta, according to hospital and security officials.

The attack, claimed by the Tehreek-e-Taliban (also known as the Pakistan Taliban) on Tuesday, took place on Zarghoon Road, a busy street in a high-security zone some 300 metres from the assembly of Balochistan province, of which Quetta is the capital.

“This was to avenge the killing of our fighters [by security agencies] in staged encounters,” Taliban spokesman Mohamed Khorasani said.

Security sources told Al Jazeera that the attacker, who was on foot, wanted to head towards the assembly. However, he detonated his explosives near the vehicle due to the roads being blocked.

Photographs from the scene of the blast showed the shattered windows of the vehicle and debris strewn near it.

Quetta has been at the centre of recent violence in Pakistan.

The city has come under attack both from armed groups allied with the Tehreek-e-Taliban and separatist fighters.

Last month, at least eight people were killed and dozen wounded in a suicide and gun attack on a church in Quetta. The attack targeted Bethel Memorial Methodist Church as worshippers gathered inside to attend a Sunday midday service.